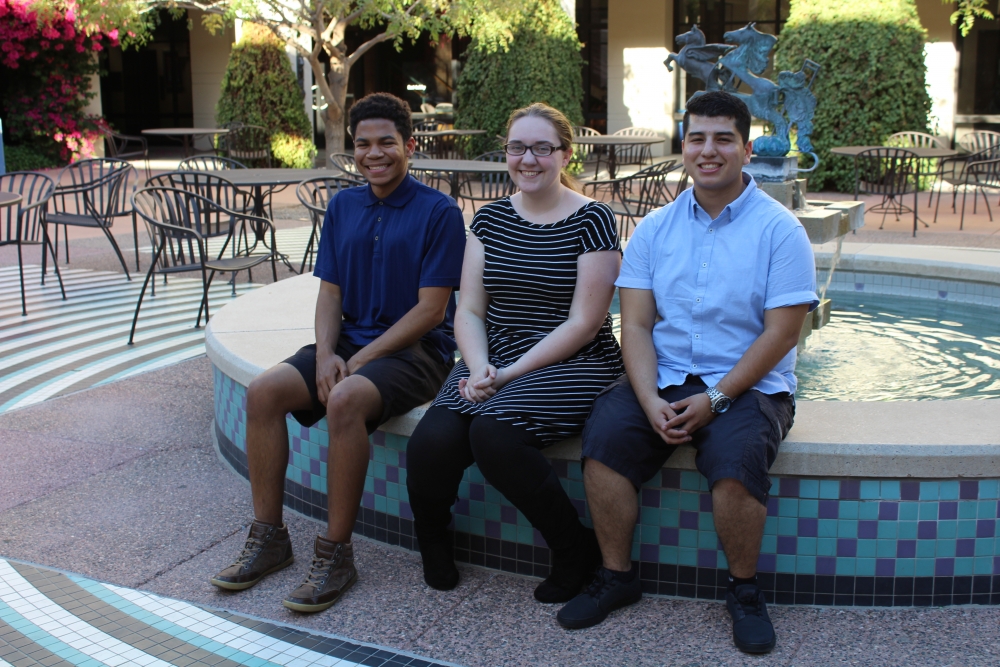 Natasha Snider: “One of them is promote awareness of USG as a resource on campus. A lot of students aren’t always completely aware of what USG has and what’s available to them. For example, we started up a bike co-op on our campus very recently, and a lot of students are still surprised when we tell them ‘Hey, you can bring your bike there for repairs,’ so just kind of helping share that knowledge with the students and to have a better connection with them.”

Why are you qualified for the offices you seek?

NS: “I find that I’m qualified because I have a lot of experience within USG. I actually wouldn’t know what to do with myself if I wasn’t in USG. I started my second week of school here at ASU, so I’ve always had USG as something to balance with school work. I think I can completely balance it too.”

Frank Melgar: “Actually, what happened this semester is I got moved up to be the Vice President of Policy, for the second half of the semester, so that’s where I’m at and I’m trying to move forward.”

Michael Childs: “I’m a communication major, so I just love talking to people and getting involved. I love doing things by word of mouth rather than e-mail … I’m also going into public relations, so I think it’s cool taking from my classes and putting (it into) USG.”

What motivates you to want to run for this office?

NS: “My large motivation for running for office is to help the students and to make an impact on campus … I would also feel empty without USG and I feel like my schoolwork would become more boring, whereas this gives me purpose in everything I’m doing and a sense of guidance.”

FM: “I’ve always been interested, and I really want to be in the policy side because that the connections I have would be a great utility.”

MC: “I got involved with (Natasha) and it’s been a blast. I’ve learned so much about what USG can do and what it has done for the campus … When (Natasha) said that she would like to go for president I was like ‘let me work for you again.’”

“After being the director of student involvement, I want to be more student and club oriented next year, if I get elected for this position of course.”

Read more: Everything you need to know about USG elections, a voter guide

Here's where you can vote on ASU's campuses