Bikes along the W.P. Carey building are locked onto itself or each other due to the insufficiency of bike racks in ASU. ASU was recently named one of the most bike-friendly campuses across the nation, however, very often students can't find a bike rack and have to lock their bikes to the trees and fences. (Photo by Ryan Liu)

Despite ASU’s Tempe campus being recognized as a gold-level bicycle friendly university by the League of American Bicyclists, the status still leaves a lot of questions among students.

ASU was evaluated and ranked according to the five essential elements in making places convenient for biking called the 5 E's, which include engineering, education, encouragement, enforcement, and evaluation and planning.

JC Porter, assistant director of commuter services at Parking and Transit Services, said ASU took part in the evaluation for the first time and ended up in the gold-level group among 11 other universities, which is a big achievement.

“It’s actually a very big deal to be a gold-level university,” he said. “It means we are doing a lot of good things on campus.”

Porter said the award is just one result of a summer-long project of a diverse team of specialists, including engineers, architects, ASU Police, students and the Parking and Transit office.

“It’s really nice that we can win this award as the whole University, not just only one department,” he said.

The University installed bike racks around the campus to address the needs of the annually growing student population. Some of the recently added racks appeared at the G. Homer Durham Language and Literature building, College Avenue Commons and Tyler Mall on the Tempe campus.

“I wouldn’t say there’s a shortage, but we continue to add more racks as the ridership is growing,” Porter said. "Just trying to keep up with the demands.”

ASU also opened a new valet service by the Noble Science Library and new bike storage by the Bateman Physical Sciences Center, created the bike map and established a website for ASU riders to conveniently find any bike-relation information.

Although ASU is actively working to make the campus more bike friendly, urban and environment planning graduate student Matt Messina, a founder of student-led Bicycle Coalition at ASU, said there is more work to be done.

“I can’t say that I don’t agree (with the ranking,)” he said. “I just don’t know if it’s that representable to everybody who goes to school and uses a bicycle here.”

Messina founded the Bicycle Coalition at ASU last fall to submit an application to the League of American Bicyclists and get recognized as a bicycle-friendly university. When the members found out only University officials could fill out the application, the club decided to help with the process.

Now, the student organization has grown from five to about 70 members and focuses on bicycle education and advocacy at the Tempe campus. It aims to connect students, faculty, staff and the community with the available resources, as well as improve the available infrastructure.

Club president Ariane Burson, an urban and environment development graduate student, said the club is open to new members all year round and requires no fee.

“We are always down for people learning about safety and bicycling,” she said.

The organization holds several projects including teaming up with Tempe Bicycle Action Group to improve bicycling in Tempe and monthly ninja rides to give out free lights to the students who are biking without them.

One of the main problems for the ASU bike riders is the walk-only zones that hinder the accessibility to the center of the campus for all wheeled traffic, Messina and Burson said.

“Walk-only zones caused a lot of turmoil,” Burson said. “People think because of that, there isn’t enough biking infrastructure, and the campus becomes unfriendly for biking.”

Student riders already try to avoid the walk-only zones and often they don’t have any choice but to bike on the periphery, Messina said.

“No wheel traffic ... can get by and it’s a shame,” Messina said. “If you were to be a bicycle-friendly university, you wouldn’t have those walk zones set in place but in addition to a wheel traffic section.”

Although there’re enough parking racks across the campus, Messina said it lacks a balanced representation of various bike rack styles.

“There isn’t enough diversity of the styles of racks that cater to the styles of user, or a style of bike,” Messina said. “So you’ll have a concentration of the vertical racks where you have to physically be able to lift your entire bike up to use properly.”

One of the main challenges that students face is getting to campus, Messina said.

Bikes along the W.P. Carey building are locked onto itself or each other due to the insufficiency of bike racks in ASU. ASU was recently named one of the most bike-friendly campuses across the nation, however, students frequently can't find a bike rack and have to lock their bikes to the trees and fences. (Photo by Ryan Liu)

“There’s still a lot of avenues that are hard to get to safely,” Messina said. “I mean Rural (Road) borders our campus with no bike lanes on it and it’s one of the heaviest traffic roads and when you get to University (Drive), that’s the highest accident rate in the entire state.”

Burson rides five miles on the bike-friendly College Avenue on her way the campus every day, but taking any other routes present all kind of hazards, she said.

“There’re tons of places around campus that I don’t feel comfortable with,” she said. “Like going on Mill, once you pass University, the bike lane just disappears.”

While bike lanes are absent on some Tempe roads, ASU strives to educate students about the safety of bike riding by offering various safety courses.

“I didn’t really want to take it at first and when I did it was so helpful,” she said. “It’s a lot easier to ride around traffic now and know that you can dodge things. Or even how to properly break fast so you don’t fly off.”

Despite all the inconveniences, students choose to bike to campus because it saves a lot of money on parking and gas, Messina and Burson said.

“I’m sticking it out, because I don’t like the idea of paying that much for parking on campus,” she said. “Because I don’t have a pass, I have to pay $10 a day if I want to do a visitor day, and that’s such a deterrent for me.”

Alongside with the savings, the rides benefit students’ physical and mental health, Messina said.

“You’re doing the things when your body is getting fresh air and getting exercises which release stress, but you don’t just notice it on the very first day,” he said.

The League of American Bicyclists has established the platinum status of bicycle-friendly universities, which was awarded only to Stanford University and UC-Davis this year. The students hope it will be a good incentive for the University to keep improving.

“It’s bikeable,” Burson said. “Once you’re on campus, you can get around the walk-only zones, but it definitely needs more work.” 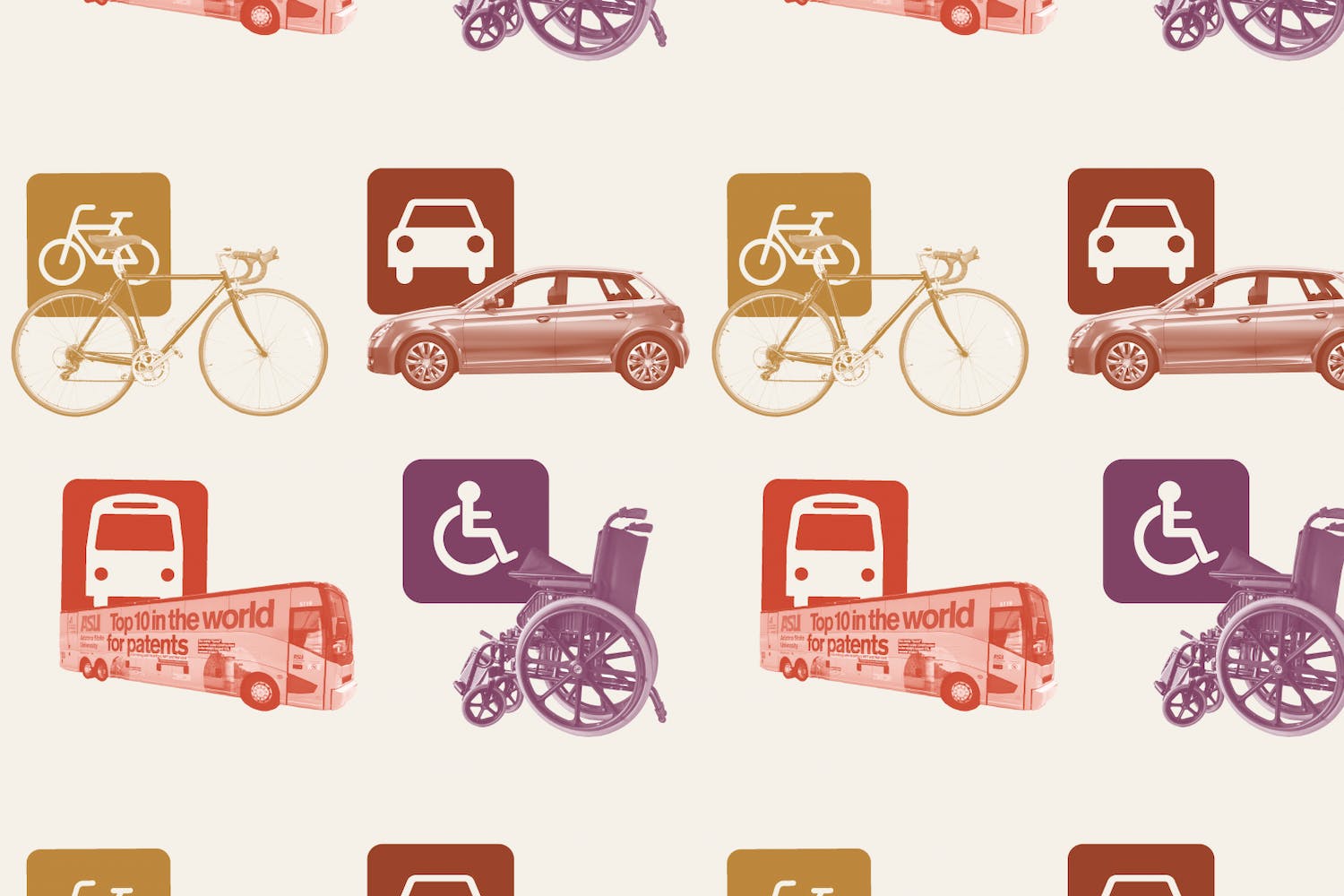 Commuters: How we get to campus 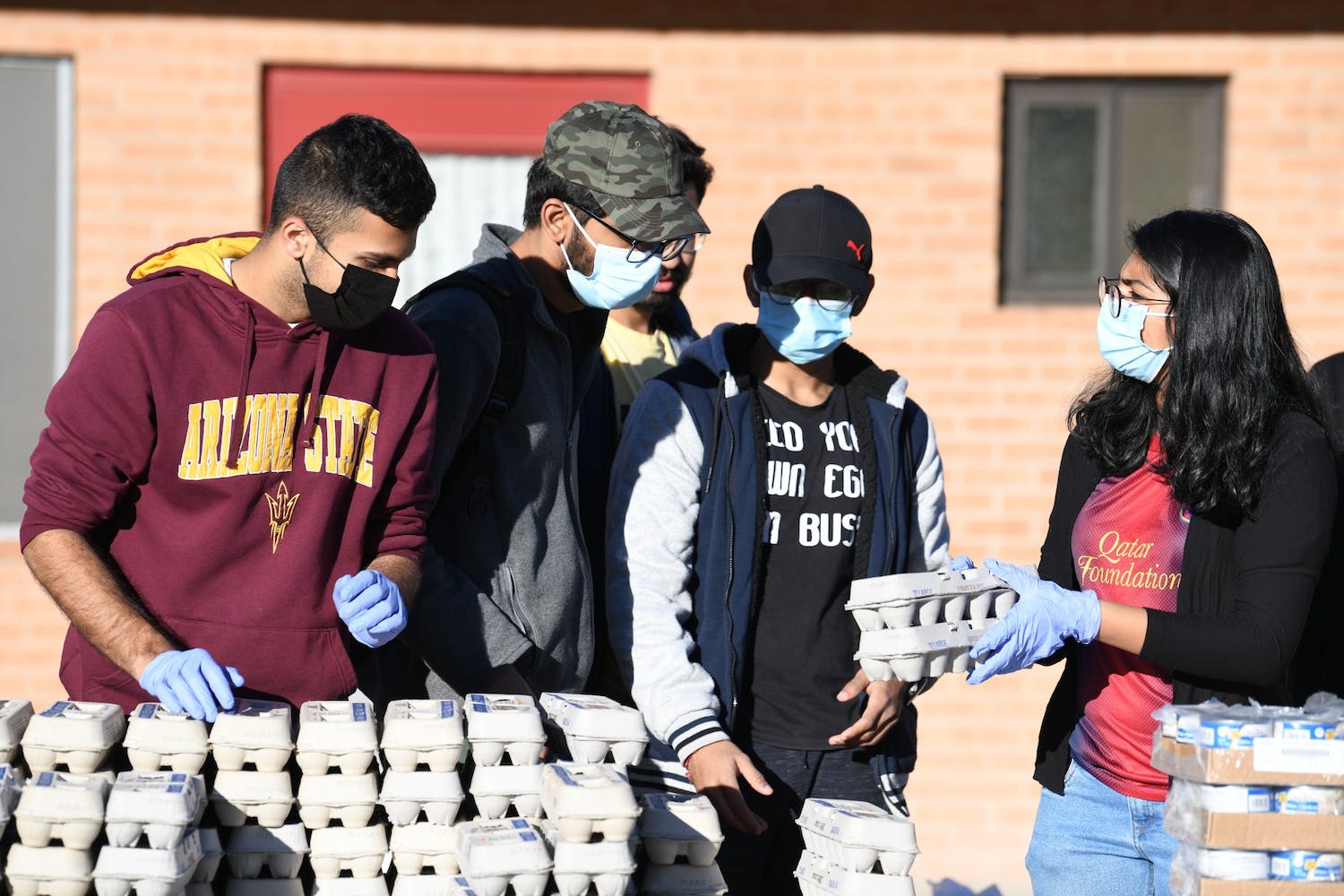