If anyone asks which band is exemplary of the desert landscape of Phoenix, there can be no better answer than the red-orange marble sleeve of Destruction Unit's new album "Negative Feedback Resistor."

D-Unit (as the band's name is often shortened to) shows are notorious for their raw energy and primal fury. They are even known to have once blown out the power at the Tempe Women's Center, the venue they were performing at, within just a couple songs.

It is a wide spread belief that Destruction Unit is a band better seen live, where a viewer can get a full experience of the fuzzy guitars, loud drums and powerful vocals. However, D-Unit does put out solid recordings.

"Negative Feedback Resistor" is slated for a physical release via Sacred Bones Records on Friday, Sept. 18, however the band released it a week early for free stream and download on Cartoon Network's Adult Swim.

The album is not exactly "easy-listening," meaning it's not something your grandmother would put on while doing her crossword puzzle. Your father, on the other hand, might be a huge fan of D-Unit, as they share many similarities to older punk bands such as Black Flag.

On first listen, the audience is introduced to the album a minute and a half long noise intro that sounds a little similar to an alien spacecraft abducting someone. In a way, that is the purpose of the intro, to drown out any other sounds and prepare the listener for the onslaught to follow.

Seamlessly, the guitar and vocals blast in and the second song "Proper Decay" begins. It is difficult to make out exactly what the lyrics for the song are, as the vocals are screamed and mesh with the thrashing guitar, but it does not matter too much since the listener will probably already be head banging.

Soon, the singer begins to chant the song's title. These two words "Proper Decay" are the only easily understandable lyrics of the song.

The third song, "Salvation," ambushes with a catchy guitar riff, followed by a blazing lead melody that sounds kind of surf-rock, but gives the sound the feel which most people attribute to the band's psychedelic influences. This is one of the stronger and catchier tracks on the album.

A D-Unit live set consists of them performing their songs continuously with no break or a noise transition between songs.  It has the effect of turning each performance into the recital of one big song.

Staying true to this reputation, the fourth song on the album, "Chemical Reaction/Chemical Delight," features guitar drives from one intense noise session into another for nearly nine minutes.

The song "Animal Instinct" really brought out the beast in me.  I was stomping around my room in a solitary mosh-pit.

"If Death Ever Slept" is short and sweet. It is probably the most formal of the songs on the album and is easiest to compare to the punk and post-punk roots of D-Unit.

"The Upper Hand" closes out Side B of the album, bringing the album to a close with an epic climax.  It sounded like a final song in "Guitar Hero" or a boss battle in a video game.

The pure energy and rawness of Destruction Unit's sound makes the album unmistakably physical. You'll want to jump around the room, stomp on your floors and swing your head up and down exactly like if you attended a show.

Excited to see Destruction Unit play live? Your desires will have to wait. They are touring in Europe for a little over a month. But keep your eyes open. Destruction Unit is not a band that takes breaks and I'm sure they will land back in Phoenix with a bang soon.

Quarantine cooking: Three easy recipes you can make while staying in 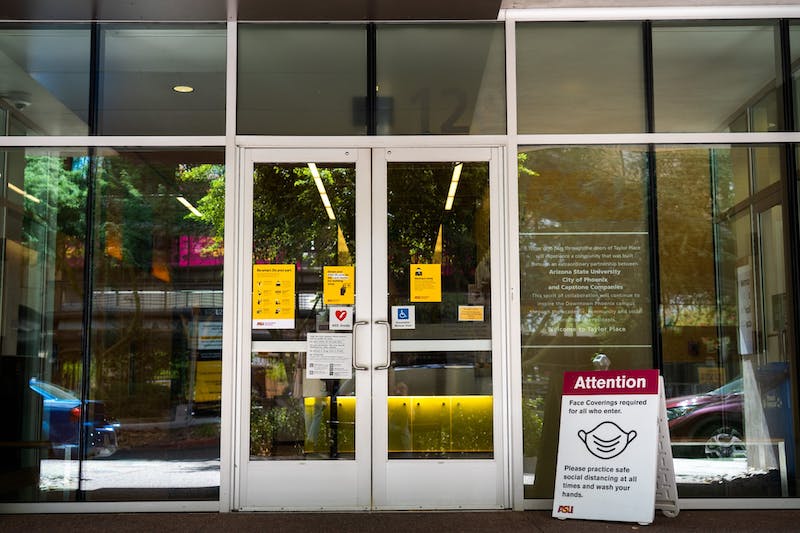 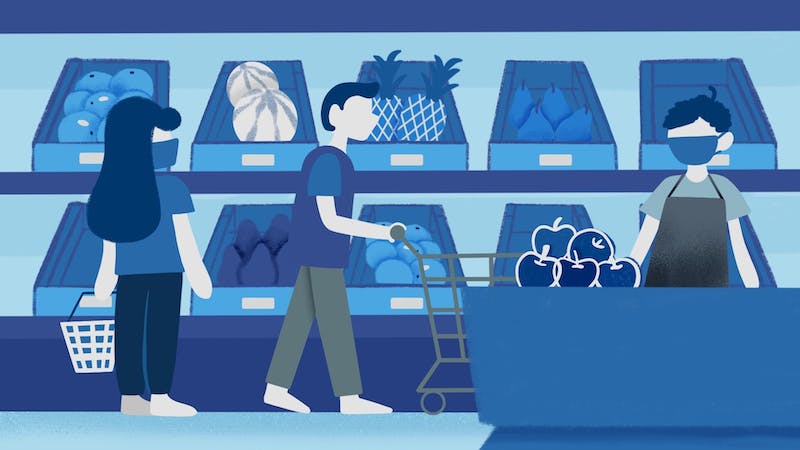 An inside look from a grocery worker's perspective ...
Previous Next
×