Rock 'n' roll has a strange tendency of shining its sinful spotlight on artists that are far too young to handle the exposure. This premature publicity is a key culprit in why the world has watched countless musicians destroy themselves in seas of reckless abandon.

In 2001, five young hopefuls hit the studio and recorded an album worthy of endless acclaim and legacy. The Strokes' “Is This It” has been called the seminal pop record of the 2000s decade and thousands of artists claim it had stark influence on them.

For Albert Hammond Jr., The Strokes’ guitarist, the sudden explosion of notoriety was launched at the ripe age of 21. His prominence fulfilled an inner desire to act like a rock star, a trope in which Hammond embodied to the fullest. Unfortunately, this lead to an overindulgence of the drugs and debauchery few in history have attained.

Years later though and Hammond is a changed man. He’s married, owns a home in upstate New York and much of his last press cycle was spent explaining how sobriety helped recreate his life.

The positive influences have rubbed off on his solo music, especially on the recently released “Momentary Masters” – a record supercharged with endless energy and forward movement.

Hammond is now touring his new record and hoping to find support as a standalone act. Luckily, I was able to speak with him about “Momentary Masters” and what shaped this optimistic sound.

There’s an undeniable youthful energy throughout “Momentary Masters” and it really reminds me of the first time I heard “Is This It.” Were you trying to recapture that sound or do you think it never left your music in the first place?

I definitely wasn’t trying to recapture an old feeling – I think you’re always looking for a new feeling. But it’s always definitely kind of exciting to capture that kind of line that borders something that has depth but also entertainment.

I think that’s just part of what it is to create. Sometimes you show your vulnerability and it’s not so good and sometimes you’re able to do it, and it's better.

That’s why it’s kind of fun to follow an artist’s path. You kind of get to know them through their ups and downs and what they’ve created. In the end, that’s kind of the best part.

A lot of your lyrics seem focused on grounding your ego. Do you feel like you’ve come to terms with your old self? Has 15 years since your initial breakout matured you in a way?

So that’s kind of why I like to tour, it’s finding a pace. I watch a lot of motorcycle racing and when they get into a pace is when they can really actually go faster than when they’re just a mess trying to catch up.

I don’t know if that makes any sense – I just decided to say that right now.

“Momentary Masters” is filled with upbeat vibes. Is that a reflection on your personal life? Has marriage affected your song writing?

Sure, I imagine that having such a strong wife definitely helps me to be a little more carefree when I’m creating because I can just let go. It’s so cliché, but she kind of lets me be that childlike person when (I’m) creating. She doesn’t baby me – that sounds wrong – but just like takes care of me while I’m doing it.

It’s kind of like taking mushrooms – clocks, money, it doesn’t really make sense because you’re not thinking straight. Like, “Hold on I gotta pay the bills and I’m tripping balls.” It’s the same thing when you’re writing music – you can’t think of stuff like that.

I can be very organized when I’m not doing music, but when you’re doing music it just has to be that. It doesn’t matter what time it is, of if you’ve eaten, or what’s happening – it’s just about what’s going on with the song.

Crossing the country stopping at a town near you #MomentaryMastersTour pic.twitter.com/zovf6vjMDc

Do you prefer the intimacy of smaller venues like Phoenix’s Valley Bar compared to the massive crowds you’ve gotten used to previously?

Those are definitely two extremes. This is where I’m at and I’m growing a following from the grassroots so I’d loving nothing more than to build this band and do theaters next time and bigger places – one day even play arenas, that’d be a dream. But I feel like it’s something you grow to; it’s not a given.

But yeah, it’s definitely a different show. Even if I got to play some arenas, I’d probably do a fun matinee before the show because there’s something with the conversations you can have in a small thing that in a larger venue you don’t.

How’s the response been to your new album? Do you listen to critics’ opinions?

I mean sure, with the positive comes the negative, and unfortunately I have read both. I think when you truly love something though and you disagree, they don’t sway your opinion, you’re just more bummed out that they couldn’t see it.

I always feel like we’re old-timey bandits going around the country showing people. So if I look at it like that, it’s just kind of fun. So the negative can be more like, “Well that’s okay, they’re like the villains.” You gotta play a little game with it.

Okay, I have to ask: a few months ago you said in an interview that The Strokes would probably not return to the studio for a while. Well, recently Julian Casablancas (singer for The Strokes) might have confirmed you guys are actually working on something. Is this true? What’s your role in a new The Strokes record now that you’re an established solo artist?

I think he was just excited. But it looks like we’re gonna get together for a week or two in February. But besides that, we don’t even have other times past that. I just don’t say anything because I feel like it’s more exciting.

I don’t know what’s gonna happen. I feel like for us and where we’re at it’s more fun to do it for ourselves. And if it’s not gonna be fun for ourselves, then it seems silly to do it. So why put any pressure of like an outside world of people thinking of what we’re doing, you know?

But yeah, it’s a positive thing and he said it out of excitement so that’s always fun.

Make sure to see Hammond play live at the Valley Bar in Phoenix on Oct. 12.

The Strokes return with playful 'Angles' 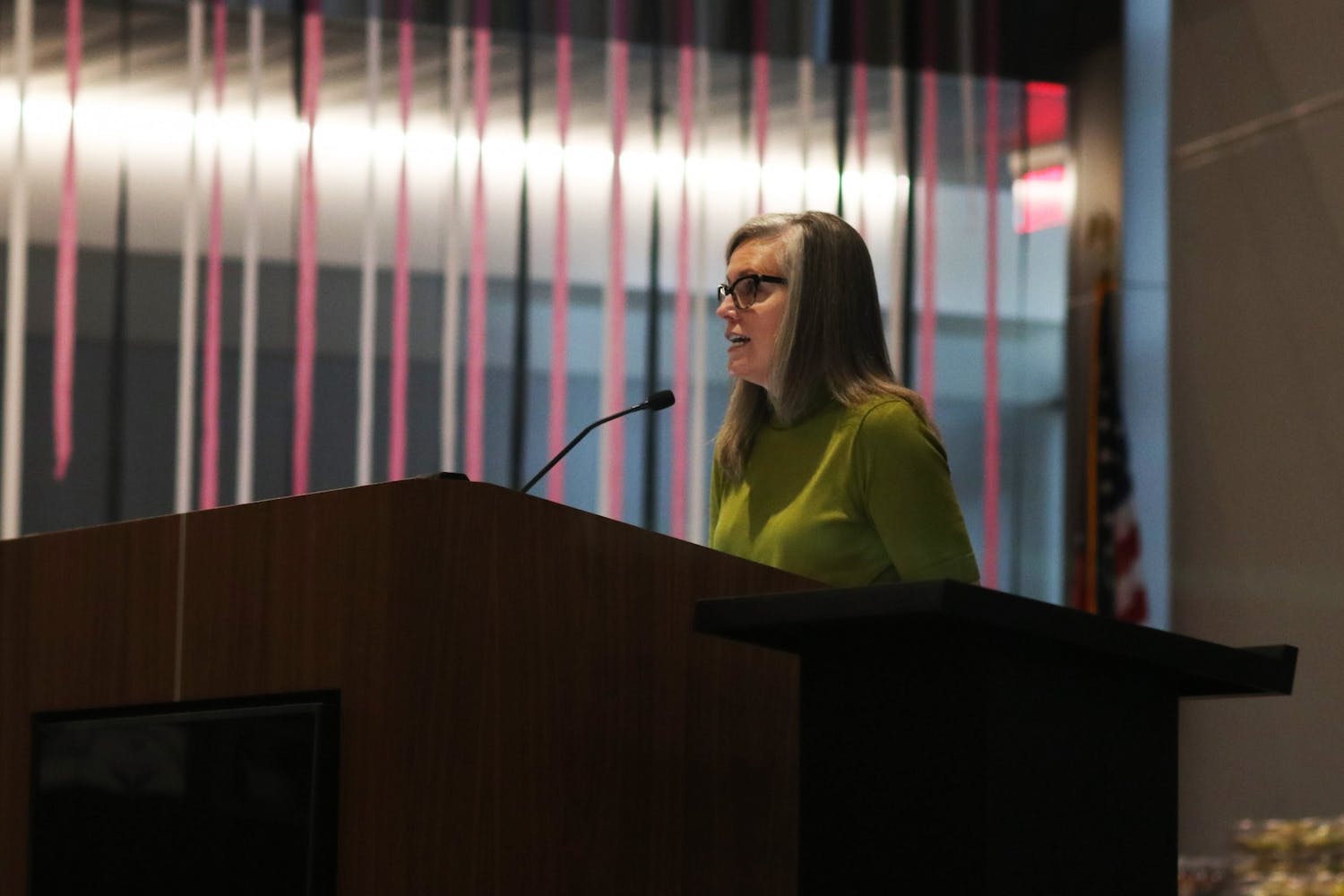