ASU vs Arizona: By the numbers

The Sun Devils took back the Territorial Cup in style

ASU football's 52-37 win over Arizona Saturday narrowed the all-time series lead to 48-40 in favor of the Wildcats. It was the third Territorial Cup victory for coach Todd Graham in his tenure in Tempe, improving his record in the rivalry game to 3-1.

Yards per carry for sophomore running backs Demario Richard and Kalen Ballage. In their most effective game together in 2015, the two rushed for 32 times and Richard scored ASU's first touchdown of the game.

Sacks for the Sun Devils, tying their season high. Redshirt senior linebacker Antonio Longino led the way with four, the most for an ASU player in a game since Derron Ware in 2006. 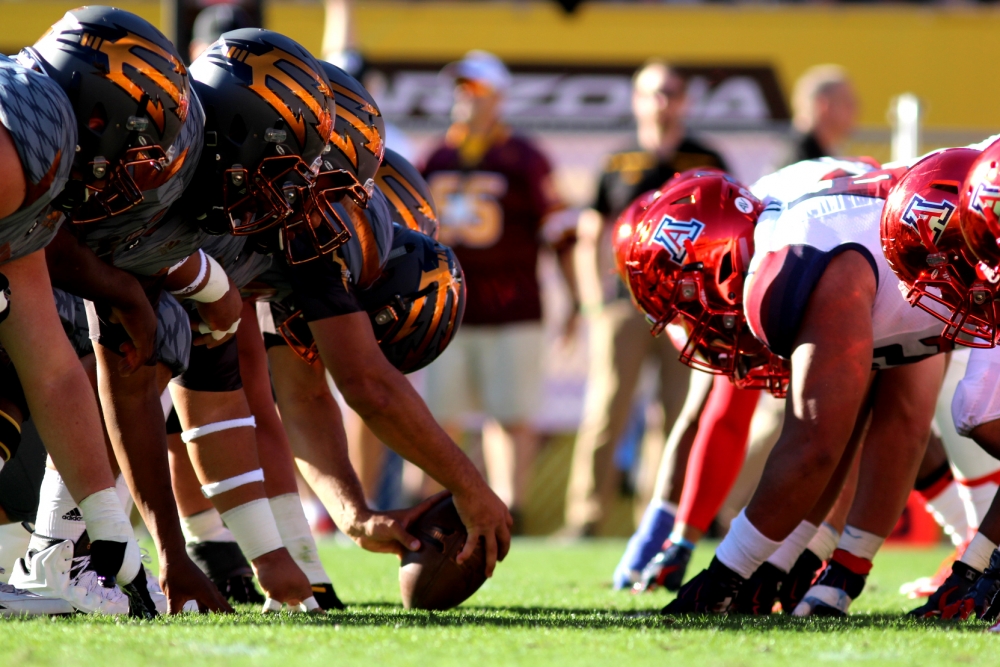 Attendance at the game, which is the most this season at Sun Devil Stadium.