As a child, it is universally exciting to finish a masterpiece and watch proudly as it is hung on the fridge. On Feb. 29, a group of senior drawing students will re-live that feeling as they present “Fridge Worthy," a group exhibition showcasing a culmination of their undergraduate work.

The pieces displayed in "Fridge Worthy" will be the catalyst of each student’s artistic growth as it has evolved from messy crayon sketches to meaningful artistic expressions. Some will explore profound themes of culture and introspection while others will play off of narratives told by drawings of comics and tattoos.

Lindsey Furr said her pieces will address several repercussions of white-washed history, particularly as it relates to Native American culture. Using symbolic imagery, Furr said she explored harsh topics like genocide and appropriation as she curated her collection.

“My work is meant to be provocative and entice curiosity,” she explained. “I want people to ask questions and think about how their actions might affect the culture of history and today’s society.”

Although “Fridge Worthy” is promoted as a collection of drawings, Furr and a few other students will also showcase works of other mediums.

Three of Furr’s five works will be fibers pieces, which she said “carry a lot of movement that I feel carries a larger impact.” 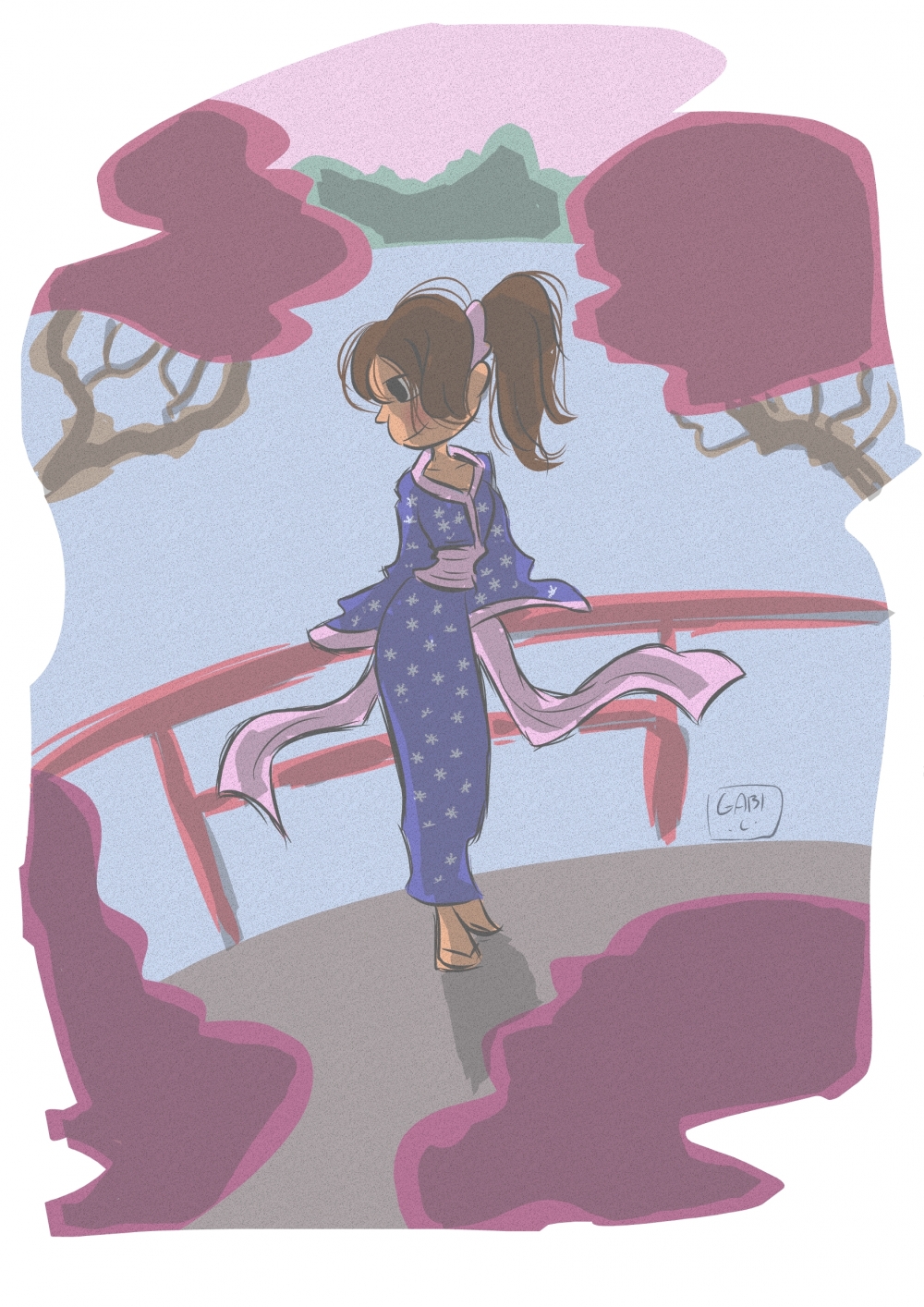 Gabriel Cebrowski will also be exploring mixed mediums through his series of digital and ink comic drawings.

Cebrowski said he appreciates comics for the way they allow him to mix storytelling with art to advance his narrative, and that he hopes to continue introducing the medium of digital art into his work.

"I want people to be taken in by the digital work a little more as another option to drawing instead of just relying on the traditional medium," he said. "Some still don’t look at digital as being as good as traditional."

While Cebrowski and Furr explore broad themes of cultural and artistic diversity, students like Pedro Barros will be sharing more personal concepts.

"I’ve always been a person who makes art for myself," Barros explained. "It’s my way of speaking to myself. The average viewer won’t really understand much, but it's an intimacy that I get to keep to myself."

Barros said one of his most distinct pieces is a lithograph self-portrait showing three orbs floating above his head, which is cut off halfway. For Barros, the abstract portrait symbolizes a search for peace in the midst of a busy brain.

"I’ve always been a thinker. Sometimes I enjoy that, and other times I feel like it’s a curse," he explained. "Although I enjoy thinking a lot, that's my symbolism for peace. The three orbs signify my family."

Barros described his work as aesthetically simple but "thematically, a bit of a mess."

Jarom McMahon will be exploring a different kind of mess with pieces like "Trash Flash," a satirical compilation of common tattoos.

"My work sticks to a graffiti and tattoo culture basis," he explained. "They unify themselves in the idea that I'm always in some sort of way taking a satirical or some sort of stance against popular cultures. That’s what defines my work in the show." 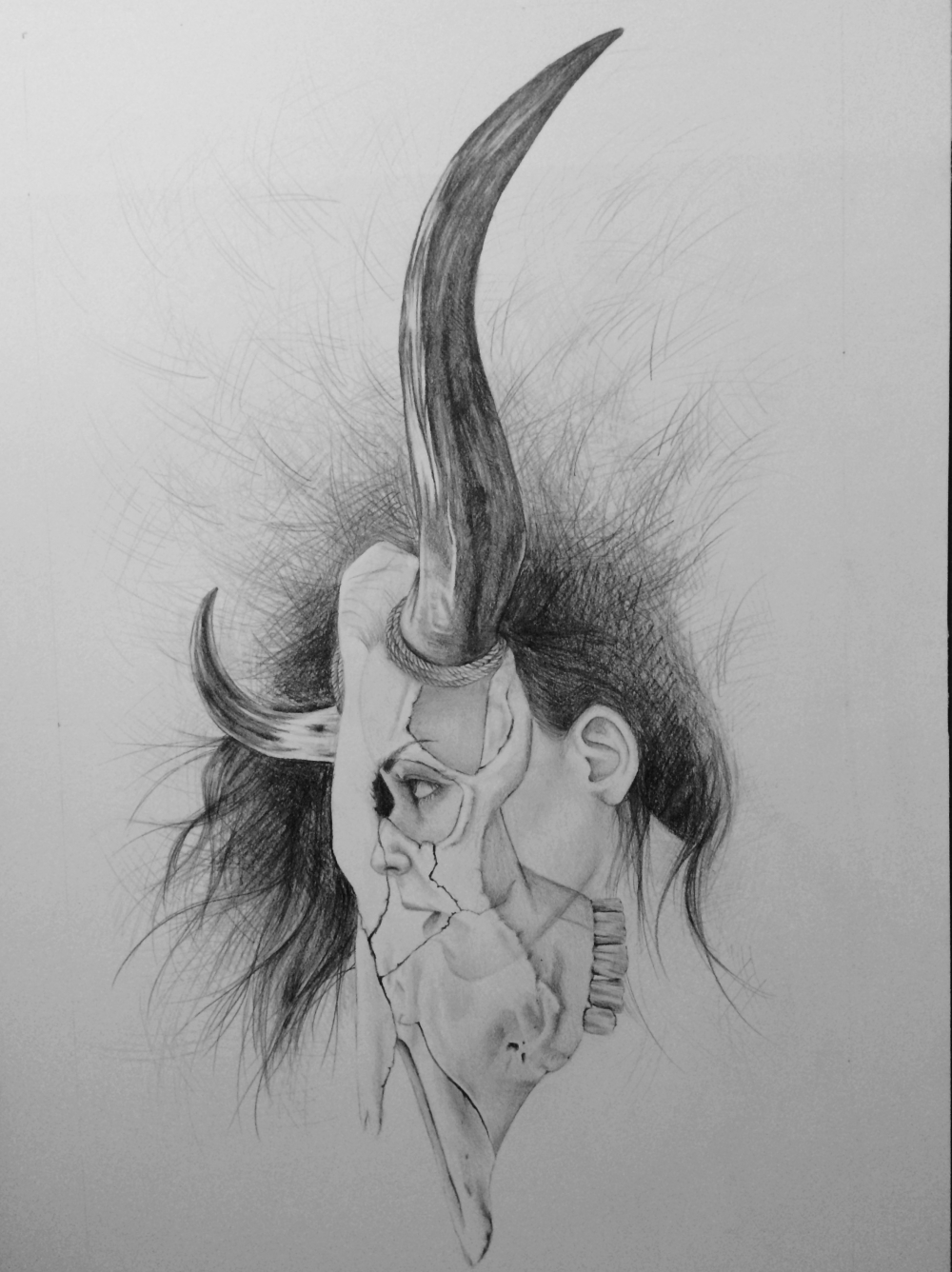 McMahon said he hopes his "Fridge Worthy" collection will prod people to question things they're told on both a societal and personal level.

"I just want people to really take a step back and ask themselves, 'Why do I know this to be?'" he explained. "And 'Is it really to be what I think it is?'"

While McMahon said he hopes the show has a large turnout and that viewers enjoy what they see, he and some other artists expressed candid views on the show's concept and development.

McMahon explained that, though the "Fridge Worthy" theme was uniquely developed by the artists involved, the show itself was a requirement set forth by Herberger's senior exhibition class.

"We appreciate gallery time and space, but at same time, it’s not so much something we’ve earned at this point," McMahon explained. "It’s ASU giving us a little clap and putting us metaphorically on their fridge. ... Anybody finishing the program is gonna have a show, but it’s not something that’s exemplary in any way."

Kevin Bratcher agreed, saying, "it's a right of passage for us as individuals to have a gallery and also nothing special because everybody does that."

Still, Bratcher said he is looking forward to sharing his space-themed colored pencil drawings, which he excitedly deemed "a labor of love."

His collection will consist of seven drawings of seven planets, which he passionately hopes will inspire people to think about space more.

"(This collection) is me doing what I love and trying to spread that joy," he said. "There's not as much of that joy (about space) as there used to be during the space race and all that."

Although Bratcher and his colleagues will be bringing different perspectives and messages to the fridge, their childlike joy for their craft remains the same.

"There will an actual fridge in the show, and each will have a piece of childhood art hanging on it," Bratcher explained. "People can see that and see what we have and see how we’ve progressed from tiny kids to people in our very own art show."