Facing my privilege: A week in Cuba

What I learned from a week in Cuba with ASU Study Abroad.

On March 5, I sat with 17 other ASU students and two ASU professors on a charter flight gliding over the Florida Straits, destined for Havana, Cuba. Together, we represented the first ASU study abroad trip to Cuba. Armed with my U.S. passport and money for souvenirs, I was full of excitement and nervousness — a weird feeling of expecting something but simultaneously having no idea what to expect.

Although I didn’t fully understand it then, I would later learn that the money I carried in my small bag was more than an average Cuban would make in a year, maybe two.

A little more than a week later, I sat on a similar charter plane headed the opposite direction towards Miami, slightly annoyed at the fact that the flight had been delayed and that the airport had no WiFi or food other than half-baked ham sandwiches, overpriced Pringles and rum.

As I began to see the lights of Miami from the window of my plane, I felt both relief and shame. Relief that I was going back to the place I will always call home, the place where the toilet paper is free and the water is drinkable, where the newspapers can criticize the government and where political dissent is celebrated. And shame that I selfishly took this privilege, the privilege of my citizenship, embodied in a small blue book stamped with a golden eagle, for granted. 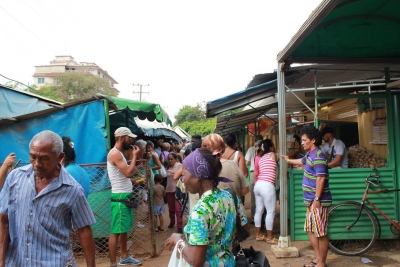 I felt shame not only because I had taken for granted the privilege of living in the U.S., but also because before I had visited Cuba, I made so many assumptions about the island that were ill-founded and often straight-out wrong. I thought I knew so much about Cuba — about poverty, about censorship, about how all Cubans must be unhappy and repressed by the Castro regime.

My week in Cuba flipped my assumptions about the island on their head. Strolling through Old Havana, I admired beautiful architecture, brightly painted walls and exuberant puppeteers, musicians and dancers entertaining children in the plaza.

These were not streets, buildings and people so confined by government repression that they could not be expressive, welcoming or genuinely happy.

These were people who were resilient, who faced many challenges — challenges from their own government and from the international community — with impressive strength.

Cuba’s greatest natural resource is its people. I expected, at the very least, that the Cubans I met would be resentful about the fact that I was a U.S. citizen. Instead, these were people who knew how to separate the actions of people from the actions of their government. While the U.S. government has done a lot of damage to the Cuban economy and society with its policy of isolation, the Cuban people I met did not blame everyday U.S. residents.

Similarly, while the Castro government has been marked by numerous regressive policies regarding free speech, free press, political and economic autonomy and other issues, the Cuban people have a free spirit independent from the actions of the government. This free spirit, and Cuban culture in general, is absent from U.S. rhetoric on Cuba.

When people ask me what Cuba was like, it's hard for me to describe. The week I spent there was a whirlwind of emotions, sights and experiences, and I can’t find words that bring it justice. Still, one of the most impactful experiences of my time in Cuba happened in an unusual place: the airport itself.

As I exited the Havana airport, I found myself in a crowd of expectant family members and friends eagerly awaiting relatives who had left Cuba, and were finally able to return to visit. Over the course of five minutes, I watched dozens of tearful reunions — mothers kissing long-departed sons, grandfathers meeting their grandchildren for the first time, siblings hugging. I felt like an intruder on these private moments. I was visiting this country on spring break. These people had given up everything to leave their country, to make a better life for themselves, to survive, and it meant everything to them to be able to briefly return to remember the people and places they loved. 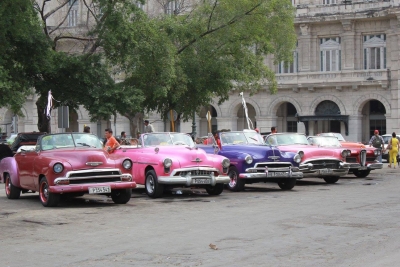 As I watched these reunions, I was reminded of Miguel, a Lyft driver I met in Miami. Miguel had paddled to Miami from Cuba on a raft eight years ago at 15 years old. When sharks would come near the raft, he had no choice but to lift his arms out of the water and pray. Miguel told me he really wanted to go back to Cuba, just for a few weeks, to visit his family, all of whom he had been forced to leave behind. The flights were too expensive.

After Miguel told me his story, I felt ashamed of the fact that I was holding a ticket to Cuba and he wasn’t. My study abroad trip felt elementary in comparison to how much a trip would have meant to Miguel and what it did mean to all the Cuban-Americans I saw reuniting with their family members at the airport.

Miguel’s story, and the untold stories of those families, made me uncomfortably aware of my privilege. My week in Cuba was full of subtle reminders of underlying hardships — an elderly man selling peanuts in the street, a downtrodden woman folding toilet paper outside a restroom, children running through the streets of Havana asking every tourist they saw for “a coin, just one coin.” 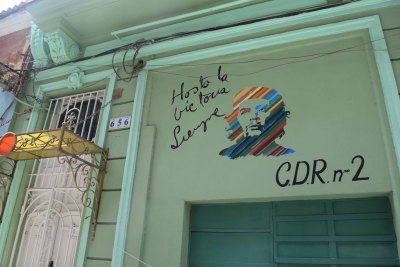 These subtle reminders forced me to confront my privilege as a U.S. citizen in a way that was difficult and uncomfortable, but also critically important.

Study abroad, and international travel in general, represent invaluable opportunities to experience other cultures. But in a quest to experience, to take pictures and see sights, we cannot let our tourism overtake our humanity.

In a world where opportunity is simultaneously abundant for some but distant for most, we cannot afford to forget what we’ve been given. After all, so many will give up so much, yet not quite get what we have. Still, what is most impressive is often not this sacrifice, but the resilience that accompanies it.

The resilience of the Cuban people inspired me.

Despite the inspiration I felt at the resilience of the Cuban people, realizing the arbitrariness of my own privilege was demoralizing. But in the end, if we fail to acknowledge our own privilege — we are blind.