6 places to get your boba tea fix near ASU

There are two types of people in the world — those who love boba tea and those who haven't found the right shop yet.

People in the latter category may be curious about the strange drink they've seen slowly fill their Pinterest dashboards. It looks like a smoothie filled with caviar — what even is boba tea, and how can it possibly top Starbucks?

Several different people and tea shops claim to have created boba tea, so its true origin is unknown, but according to its Wikipedia page, the drink first took root in the '80s and has quickly became popular around the world.

With summer rapidly approaching, there's nothing better in the

Here are six places near campus to try the drink, and then to return to when you need to satisfy your resulting boba addiction. 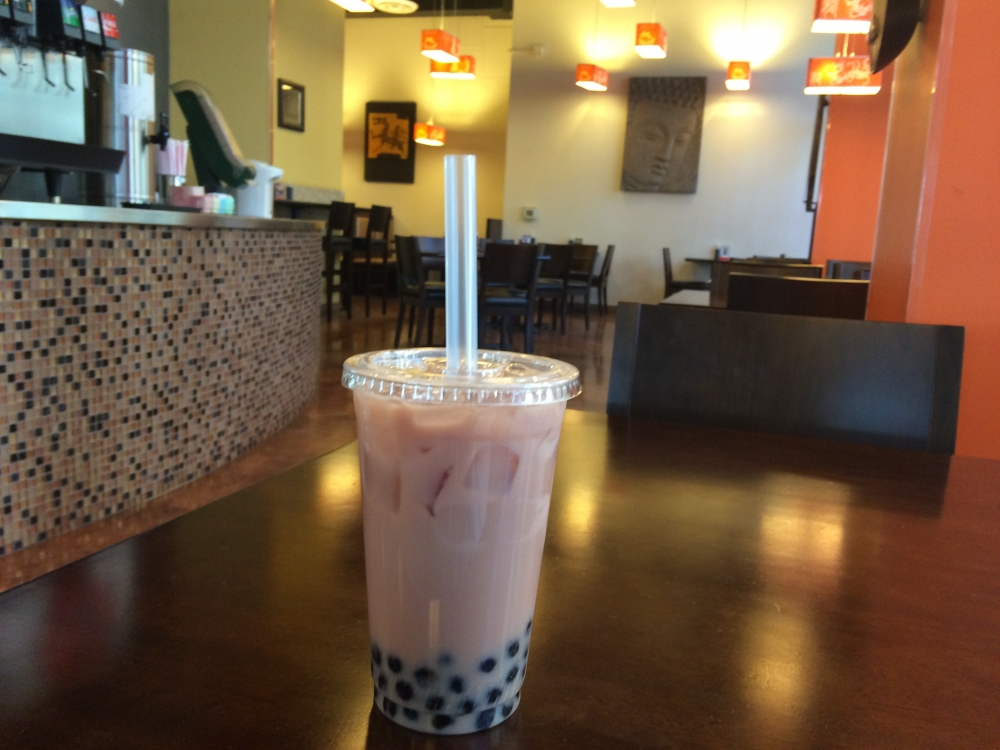 It doesn't get much more convenient than Hsin Cafe. For students on the Downtown Phoenix campus, there's a boba place attached to the dorms. You officially have no excuse for not trying boba tea.

While Hsin's is primarily a Chinese food restaurant, its drink menu includes a wide range of various teas, all with the option to add boba. The iced tea flavors include lemon, strawberry, mango, peach, hazelnut and raspberry, among others. You can order many of those flavors in milk tea form as well, if you prefer a creamier drink.

The best part? They accept Maroon and Gold dollars, and so to my knowledge Hsin's is the only place you can get boba tea through your meal plan. 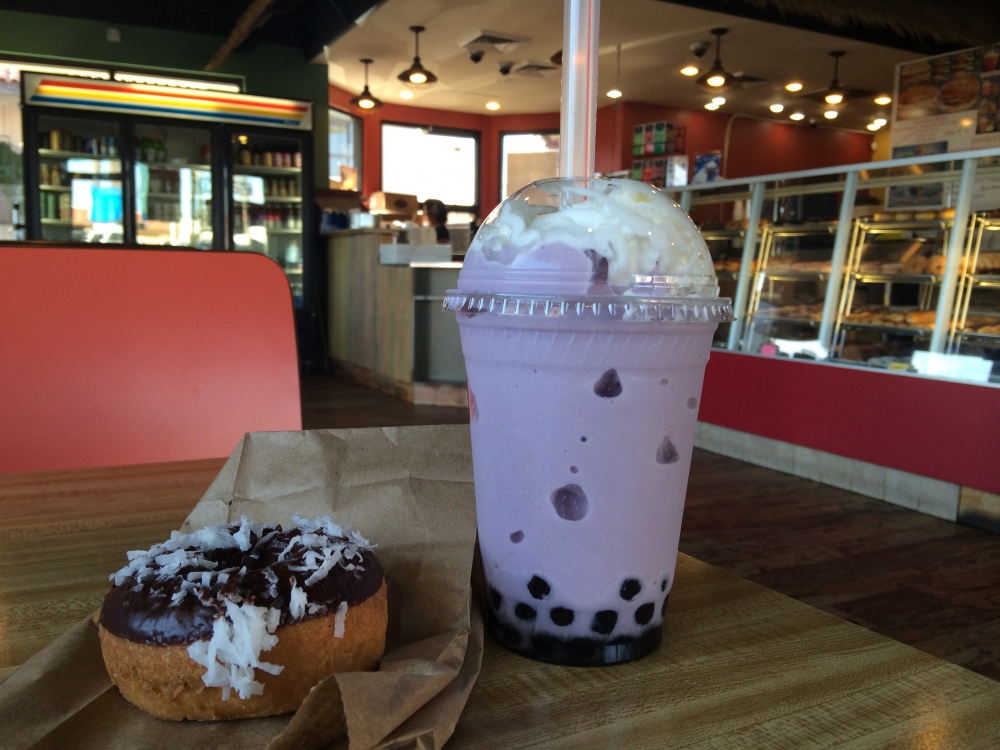 Bosa Donuts is a bit of a drive from campus, but it's worth it if you want to combine two of the tastiest treats: boba tea and doughnuts. The menu also includes various sandwiches and coffees, but the main attraction is a display case of doughnuts that spans almost the entire length of the store.

The store has a few booths and it's also a drive thru, in case you're looking for a quick snack on the road. 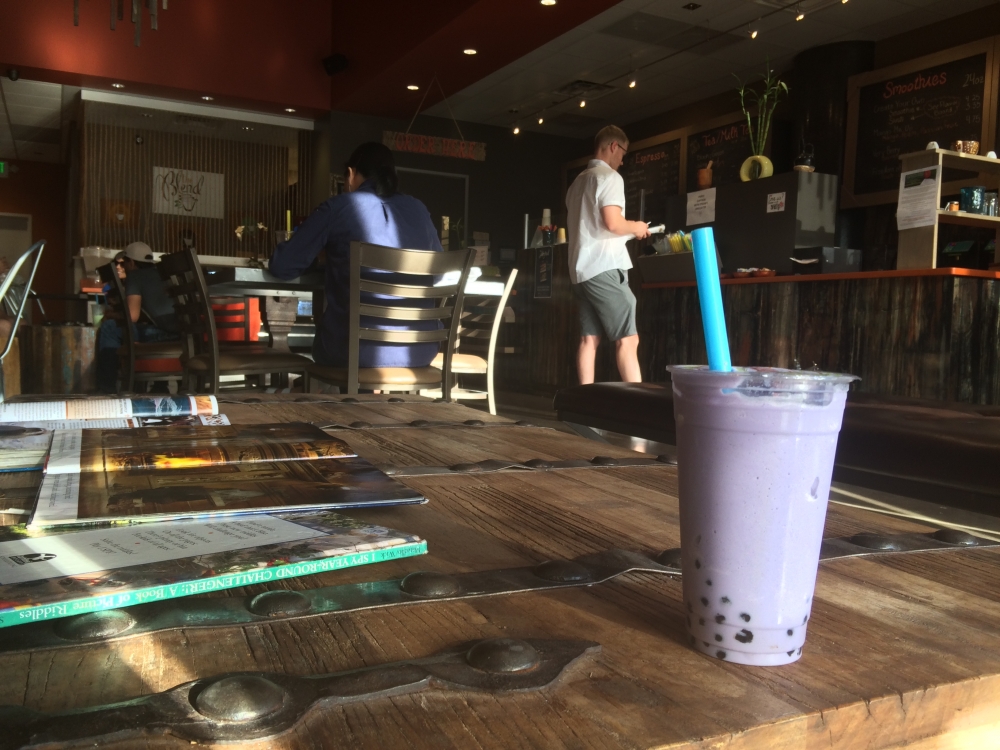 Across the street from the light rail stop at Veterans Way and College Avenue, The Blend is a popular coffee shop for students — but what you may not know is that it also has an entire menu of boba tea options.

I found the taro smoothie watery and lacking in flavor, so this wouldn't be my first choice, but I may have come on a bad day. In any case, the convenience may trump the quality if you're looking to grab boba in between classes or on the way back to the dorms. 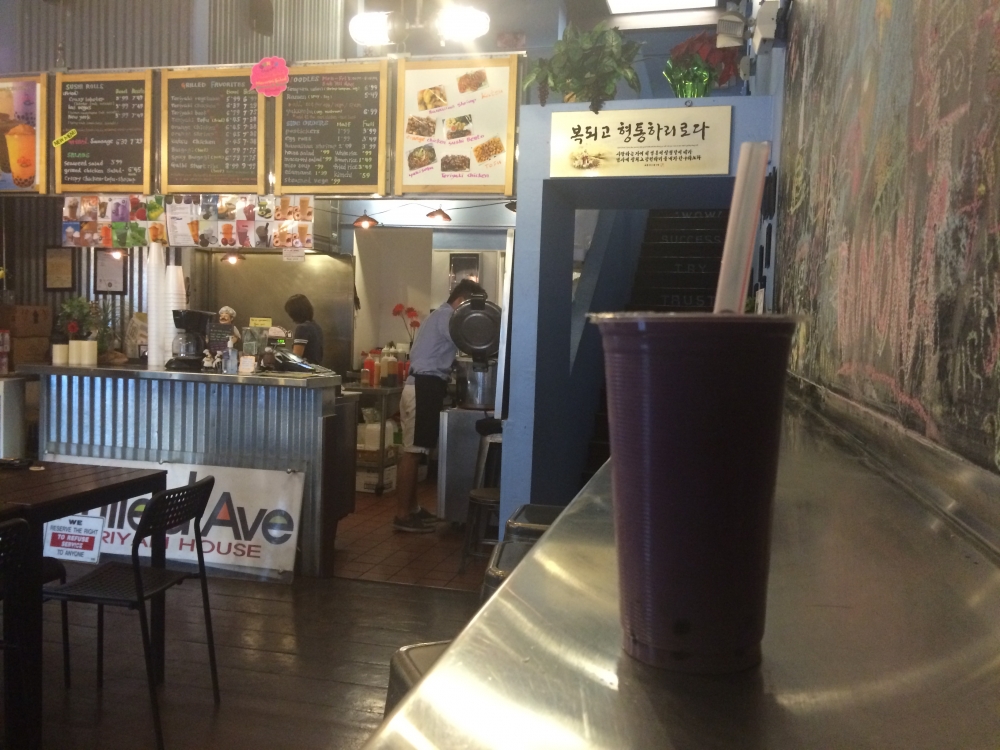 If you've ever walked down he Grilled Ave Teriyaki House windows featuring cute illustrations of boba tea. The little brick storefront is tucked in next to the tattoo shop and the comic book store.

Don't let the tiny exterior surprise you, though. My mind immediately jumped to a Doctor Who reference upon entering, because it definitely seems bigger on the inside. It's actually a two-level restaurant, with a surprisingly large menu of teriyaki and sushi options. 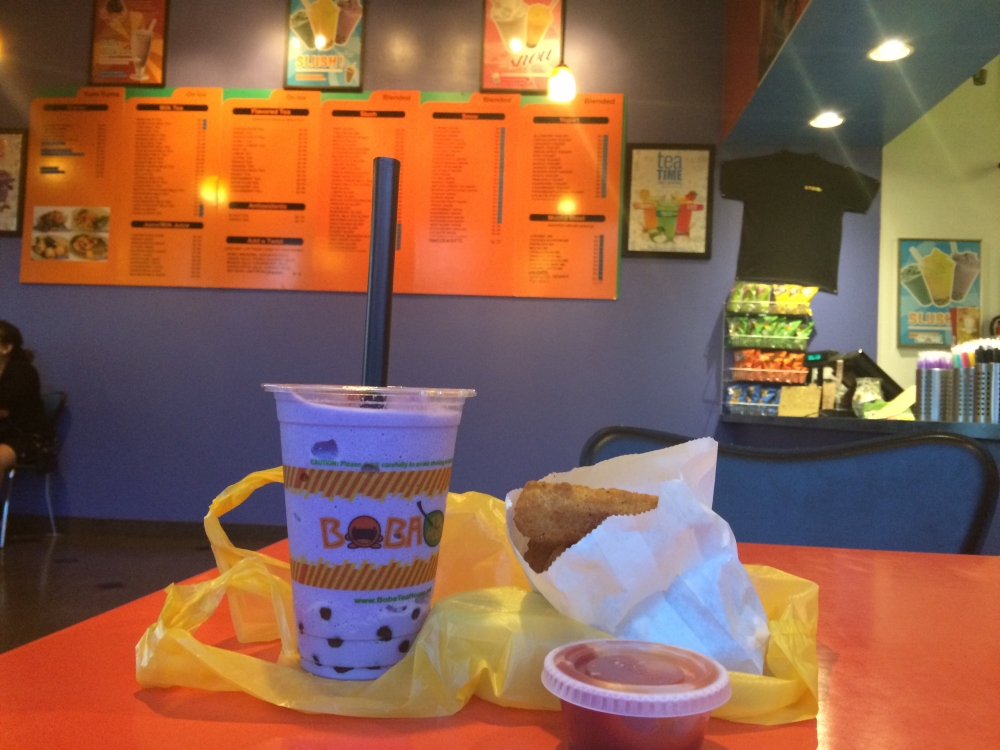 The Boba Tea House has a killer combination: snacks (including mozzarella sticks, chicken wings and poppers) and the most comprehensive boba tea menu I have ever seen.

If you can think of a flavor, they probably have it. In addition to the basics like mango, banana, coconut and taro, they also have crazy flavors like avocado, blueberry, jackfruit, kiwi, peppermint and coco-berry. I don't even know what some of those fruits are!

It's not the most convenient stop if you live on campus, but it's worth the drive for a really fun atmosphere with tons of options — the hardest part is choosing what to order. 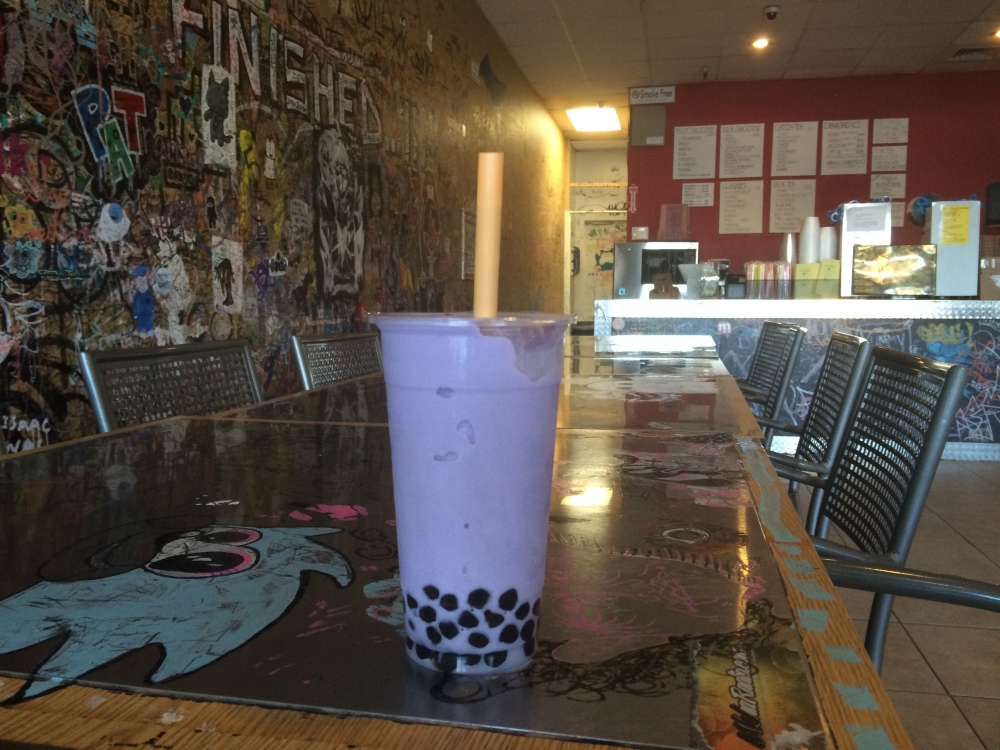 The Street Boba Cafe screams punk rock, with concrete walls and metal tables covered in graffiti. Even the counter has more street art than most abandoned warehouses. But there's nothing particularly hardcore about their menu, which includes ramen, shaved ice and boba tea.

Compared to other places on the list, I thought its taro slush had an unfortunate chalky taste, but it may have just been from a bad batch. There are plenty of other flavors to try as well, including melon, coconut, almond, green tea, orange and papaya.

Gems off the light rail: Unleash the Thaiger with flavors of Thailand in downtown Phoenix