Breakdowns and breakthroughs of a transgender student at ASU

After overcoming mental and emotional struggles, a recently transitioned ASU student spoke up about being transgender in today's society.

“I woke up one day and was like, ‘I feel like I’m drowning, I can’t take another day without doing something about this,'" he said. “It was a very claustrophobic, awful feeling.”

Kelsey Lagman, a family and human development senior, started to develop these feelings when he was around 5 years old. At age 15, he said  began to date both guys and girls, but girls were always his preference.

“Obviously as a girl that wasn’t what I wanted, because I wanted the ‘norm,’” Lagman said. “I didn’t want to be different.”

It was when he started college that those feelings heightened.

Going into college, he believed all those feelings would go away.

“I went Greek and met a bunch of people,” Lagman said. “I met a bunch of guys, and I thought, you know, I could subdue all these weird gender confusion feelings, but then I met my girlfriend, Soraya.”

Soraya Parsi, also a senior family and human development senior, has been with Lagman since the beginning of his transition.

Lagman said meeting Parsi was a turning point in his decision.

“Dating her resurfaced all these other feelings that I had when I was confused about my gender prior to college, and solidified that it wasn’t just my sexuality that was confusing, but I just didn’t feel right," he said.

Lagman finally came out to his family and close friends in January 2016 after countless hours of research, and he started his medical transition in late May.

“I sat on my computer for eight hours and just deleted my history every hour in case Soraya showed up because I was so scared,” Lagman said. “When I finally told her that day, we both cried, but above all, I was really excited.”

However, given the limited resources he said ASU provided him during his transition, Lagman said he believes the University could do a better job of guiding him to find therapists, surgeons and other necessities to make his transition smoother.

“I think ASU does as much as they can, but at the same time, for this crowd of people, I think it’s just overlooked,” he said. “Which isn’t the school’s fault for neglecting their attention to trans kids, it’s not their job.”

Lagman said he believes the big issue at ASU is that the University clumps transgender students together with the whole LGBT+ community, mixing sexual orientation with gender.

"What do I have in common with a gay guy? Nothing," Lagman said.

Evie Bamsey, officer of outreach and event coordination for the LGBT Qmunity at ASU, said the school is improving at making transgender students feel more comfortable on campus.

She has plans to start a trans-oriented group next semester called Transgender Family, which will be a sister organization of the community. They will focus on the on-going issues that transgender students deal with on a daily basis. 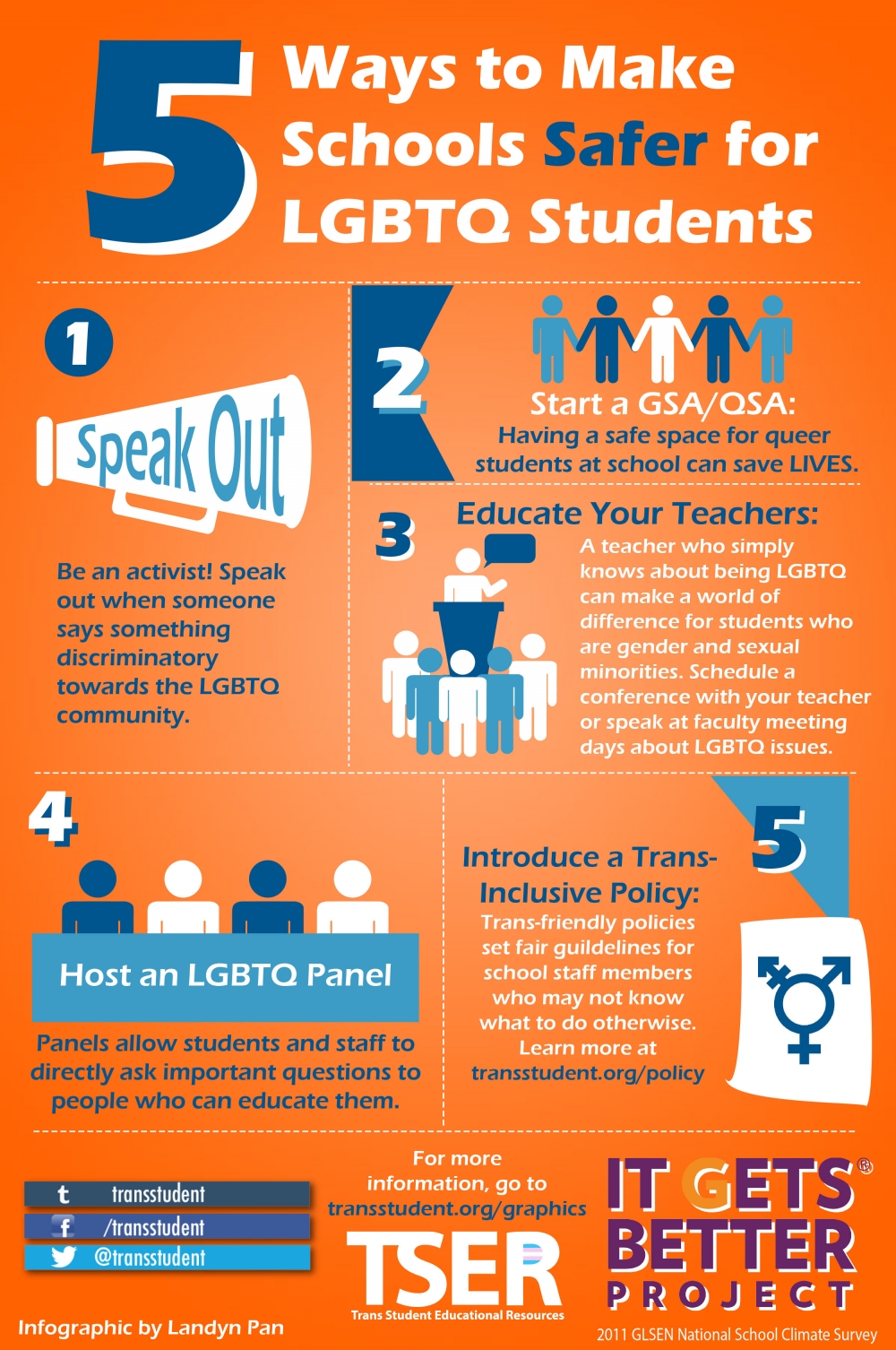 After finding a safe trans-friendly therapist to go to, Lagman learned more about hormone therapy as well as the physical transition.

“I learned that people actually do this to transition and end up looking a totally different way 10 years later,” Lagman said. “It was really comforting to me that I had all these advanced options.”

Lagman said he was more interested in the medical transition because he already felt like he was socially transitioning.

“All my authentic mannerisms started to surface -— so socially, I felt I was already on my way," he said.

Lagman said the physical transition has been seamless. He said he noticed his chest broadened, his skin became thicker and he developed more body hair.

As far as changes go, the emotional ones are the toughest, Lagman said.

Parsi said it is now harder for Lagman to cry and convey emotions he would normally have in the past.

“It's not that men don’t want to cry, but it's literally harder for Kelsey to express those feelings,” she said. “There’s nothing wrong with that, but it’s just a new dynamic for our relationship.”

Four months after he came out to his girlfriend and close friends, Lagman was ready to let the rest of the world know.

“Everybody was surprisingly great, I definitely didn’t give anybody enough credit for being so cool,” he said. “I just surround myself with good people.”

Now, Lagman said he looks forward to what the future has in store for him.

“It’s fun because I’m changing everyday,” he said. “It’s exciting to think about what I’m going to look like in a year.”

In terms of his experience so far, Lagman said living now versus living how he once did is like a complete 180-degree-change.