The City of Tempe is making an effort to increase biker safety with the installation of its first "bicycle box" at the intersection of Mill Avenue and Tenth Street.

The bicycle box is a new section of the road recently implemented at the end of September near the ASU Tempe campus. The box which is painted on the road with fluorescent green, is connected to the bike lane near the crosswalk, allowing for riders to pull ahead of cars and increase biker safety.

Traffic engineer for the city, Julian Dresang, said the purpose of the box is to provide bicyclists with the opportunity to move to the front of the line and give more visibility to the cars around them. There is only one box right now, but city officials hope to expand on the project in the future. 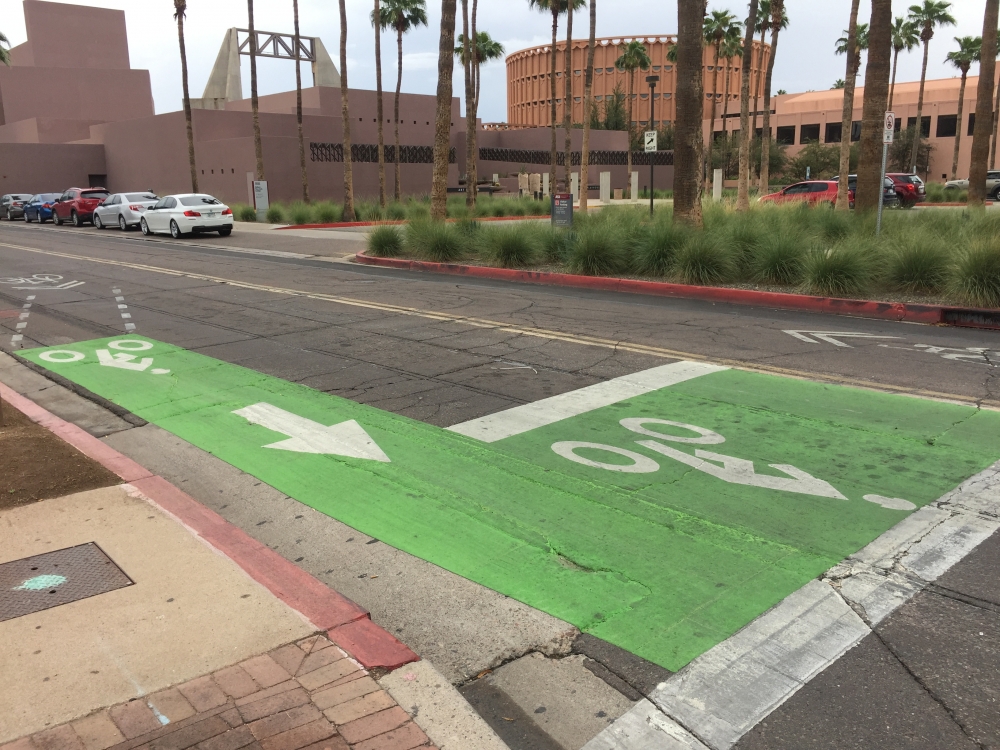 “We are always looking at opportunities to improve our multi-mobile system,” Dresang said.

He said the idea came from ASU. The University has had the same system in place for months with these kinds of boxes speckled around campus.

ASU was recognized by the League of American Bicyclists for their efforts to make the roads and pathways safer for riders. However, the League said there is always room for more improvement and enforcement.

The University maps out where students can ride bikes on and around campus. The internal area is primarily filled with walk-only zones with "preferred bike routes" weaving throughout.

This is a pilot project for Tempe. Dresang and the city will evaluate the effectiveness to decide whether or not to add more bicycle boxes in the future.

Bicyclists are still encouraged by the city to follow some guidelines to promote safe riding, such as riding with the flow of traffic and following traffic rules, including yielding at stop lights and street signs.

The University suggests riders to use hand signals before turning and give audible warnings to pedestrians when they are approaching.

However, students are still concerned about bicycle safety because, for many, it is often their only source of transportation.

Business freshman Madi Davies rides a bike to get to work. She said bike safety needs to be improved in order to prevent serious consequences to riders.

"Drivers don't pay attention sometimes, and I've almost been hit a couple of times by their cars," Davies said.

Herzog cycles around 100 miles per week with ASU’s cycling club and believes bike safety should be taught in traffic school.

“Cycle safety should be a main focus in communities so people feel encouraged to ride, but as of now, it’s dangerous because people don’t know the laws or because of the lack of bike lanes,” Herzog said. 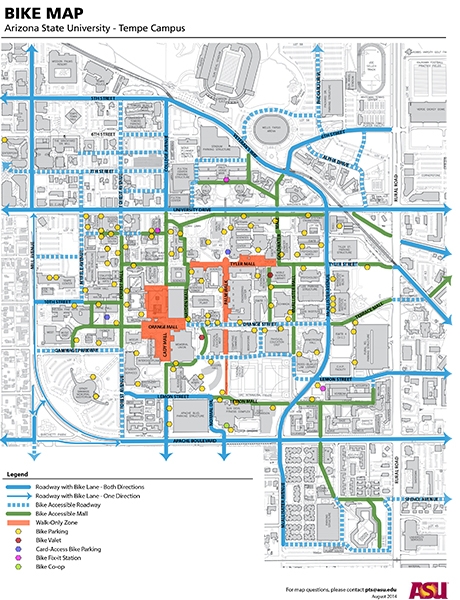