The cultural tradition was brought to the University to connect the large Hispanic population at the school with their culture, even far from home

The Mexican holiday Día de los Muertos, or Day of the Dead, is a tradition about honoring and remembering the dead, but for many at ASU, it is a chance to reconnect with their heritage or feel close to family celebrating the holiday elsewhere.

On Nov. 1, over 400 students met on the Barrett lawn in Tempe for Mexican food, music and folklórico dancing in traditional Mexican outfits during the inaugural “A Day in Mexico” event put on by El Concilio, the Hispanic/Latino coalition at the University, and the school’s program and activities board.

Global studies and transborder community development in health senior Breanna Gonzalez is the director of advocacy for El Concilio, and worked with ASU officials to create the celebration.

“We’re trying to bring a little of that here, celebrating with music, food and a couple of altars that celebrate what Day of the Dead is really all about,” she said. "(The idea) is honoring, respecting and celebrating those loved ones who have passed away." 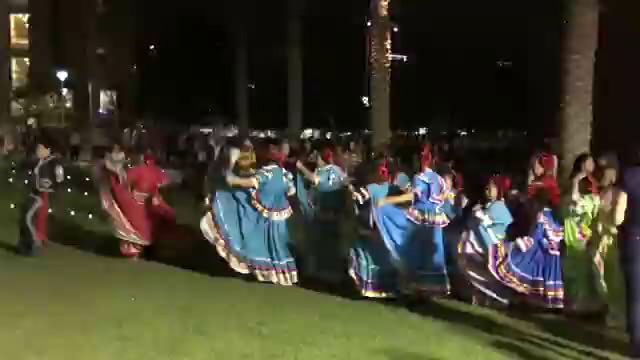 The holiday actually takes place over the course of three days — Halloween and the first two days of November.

On the first day, altars are made to honor the dead. The second day is a time of festivities, with large parades taking place throughout Mexico, especially the south and central parts of the country. On the final day, celebrators travel to the graves of deceased family members and decorate them.

“We really want to bring a little bit of that here in a really fun and exciting way, because at the end of the day, that’s what Day of the Dead is all about,” said Gonzalez. “It’s about celebrating (the dead) and celebrating the lives of people.”

Business and technology junior Luis Martinez-Mella, the vice president of the coalition, agrees.

“Its extremely important, not just with the Mexican culture that is so prominent because we are a border state, but with the South and Central American states that have a bit of that culture,” he said.

Martinez-Milla said this event is a way to remind ASU students of their roots.

“At least 20 to 25 percent of ASU’s population identifies as Hispanic,” he said. “And we are growing year by year. As we accept more students, the more our culture grows on campus.”

However, even for non-Hispanic students, being a part of events like this are an important cultural experience. 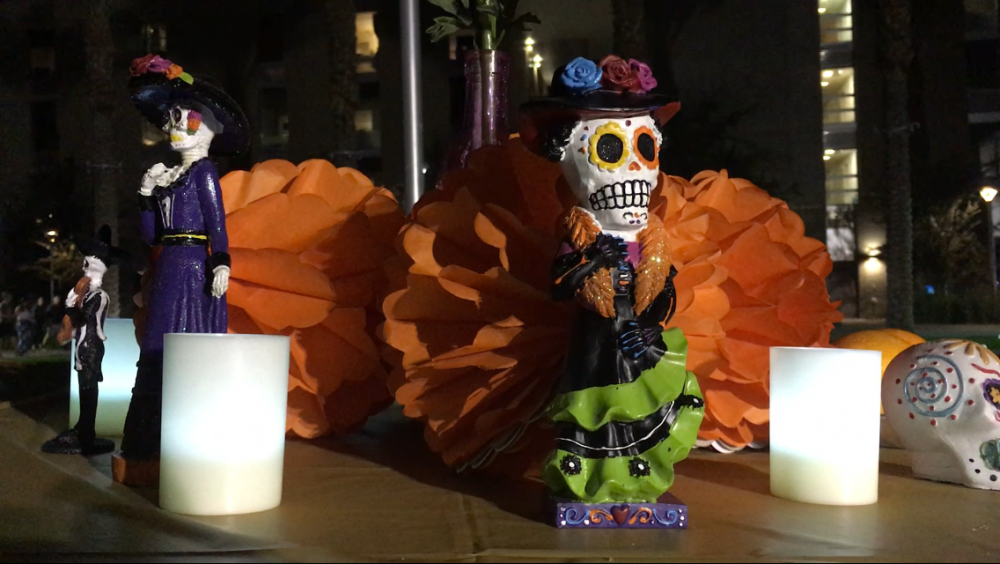 “These are the people that make up our campus,” he said. “They're the future leaders of the community. Giving them that experience early on is going to give them a more positive (view).”

For at least one of the students at the event, it brought cultural memories to the University.

“It’s really cool that this event was organized to give the students here a taste of Mexico,” said Nicholas Laca, an arts and science junior. “My parents are from Mexico and seeing the culture represented here is really cool.”

Laca's voice cracked when he spoke about what the event meant to him. He said he wasn't sure if he had missed the event in previous years, but that he was extremely glad that it was here now.