ASU football fans got a quick look at the University’s newest patrol dog during an introduction at the team’s final home game of the season last week.

But as those 60,000 fans watched the Sun Devils fall to the Utah Utes, the freshly-introduced ASU Police Officer Colton Adams and his 20-month-old K-9, Tillman, were called into action by Tempe police.

“We left straight from there to an active scene where we were looking for a suspect,” Adams said. “The game was still going on, it was maybe around halftime.”

The suspect ran from the scene of a vehicle collision and was wanted for felony warrants, Adams said. That’s when the Tempe Police Department called in Adams and Tillman to help with the search.

“We did about a 15 to 20-minute search in a neighborhood,” Adams said. “We ended up locating the subject, who unfortunately was able to get up over a wall but was apprehended on the other side of the wall.” 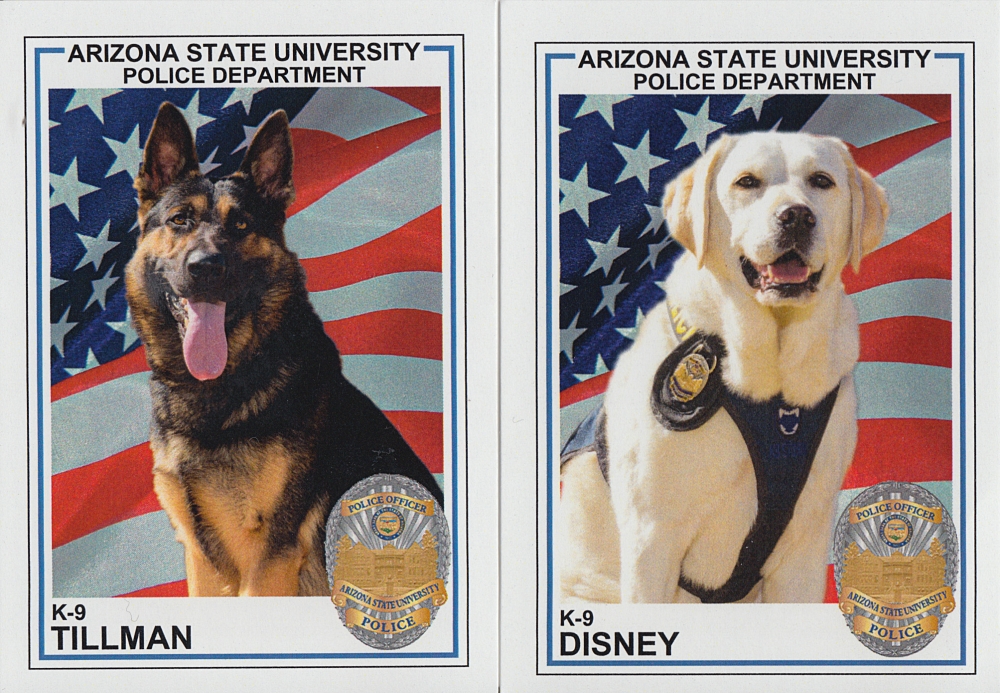 Tillman is a brand-new member of the force and was recently certified as a patrol dog. For now, he specializes in suspect search and apprehension but soon will also be certified in explosive-detection.

Named after ASU alumnus, Pat Tillman, the former football player who died in Afghanistan in 2004 after leaving the NFL to enlist in the military, the young German Shepard is also a crowd-pleaser, Adams said.

“He can go from being a PR dog, going around shaking hands and kissing babies, to, once we pull up to the scene, seeing red and blue lights flashing and knowing it’s time to go to work,” Adams said. “That incident just gives you an idea that the dogs are extremely effective in doing their job and making sure other officers are safe.”

The department selected him from about 30 other German Shepards and Belgian Malinois at a kennel in Pennsylvania, Adams said.

“The selection process was long and exhausting, we tested about 30 different dogs in different environments,” Adams said. “We tested their toy-drive and play drive because that’s gonna tell you a lot about how good of a working dog they can be.”

Tillman is a play-reward dog, meaning his reward for completing a task is play-time with a toy. But Adams said finding a toy that could hold-out against Tillman’s jaw strength was not easy.

“We use tug-toys, it’s made out of a firehose and has handles on each side,” Adams said. “It’s one of the few that will withstand these guys’ mouths, with how strong they can bite.”

The toys were key to keeping the patrol dog’s interest during training, a 10-week course hosted by Tempe Police that taught both Adams and Tillman how to search for suspects and clear buildings and vehicles. Because the K-9 Unit at ASU Police is so small, Tempe Police has taken over the bulk of the training.

“The certification, it’s a basic course, so he knows about 30 percent of what he’s gonna need to know come the end of the day,” Adams said. “But doing those live searches he’ll get more experienced from that. It’s just like anything else you do, more experience is going to make you better at your job.”

For Adams, who was born and raised in the Phoenix area, his past experience with animals made the decision to get involved as a K-9 handler an easy one.

“I’ve always grown up with animals, horses, dogs, cats, goats,” Adams said. “You name it, I’ve probably had it before.”

Adams started at the department in 2011, first as a police-aid and then as a full-fledged patrol officer.

He and Tillman will be based on the Tempe campus, but will respond to calls wherever they’re needed, he said.

“We’ll hold the same patrol responsibilities that any other patrol officer at ASU would,” Adams said. “It’s just gonna add another little extra security to the campus. He’s a tool that will be used maybe less than one percent of time in his career, but that one percent we want to be ready so he can make the campus as safe as he can.”

The department currently has one other dog: a lab named Disney who specializes in bomb-detection. Disney was the first K-9 to ever be a member of the department, her handler Detective Parker Dunwoody said.

“Disney was the first dog, the only animal we had prior to Disney was a horse, but that was long before I was here,” Dunwoody said. “We get called out to all sorts of suspicious items, abandoned bags, bomb threats, that kind of stuff … She’ll find anything that has or will go boom.” 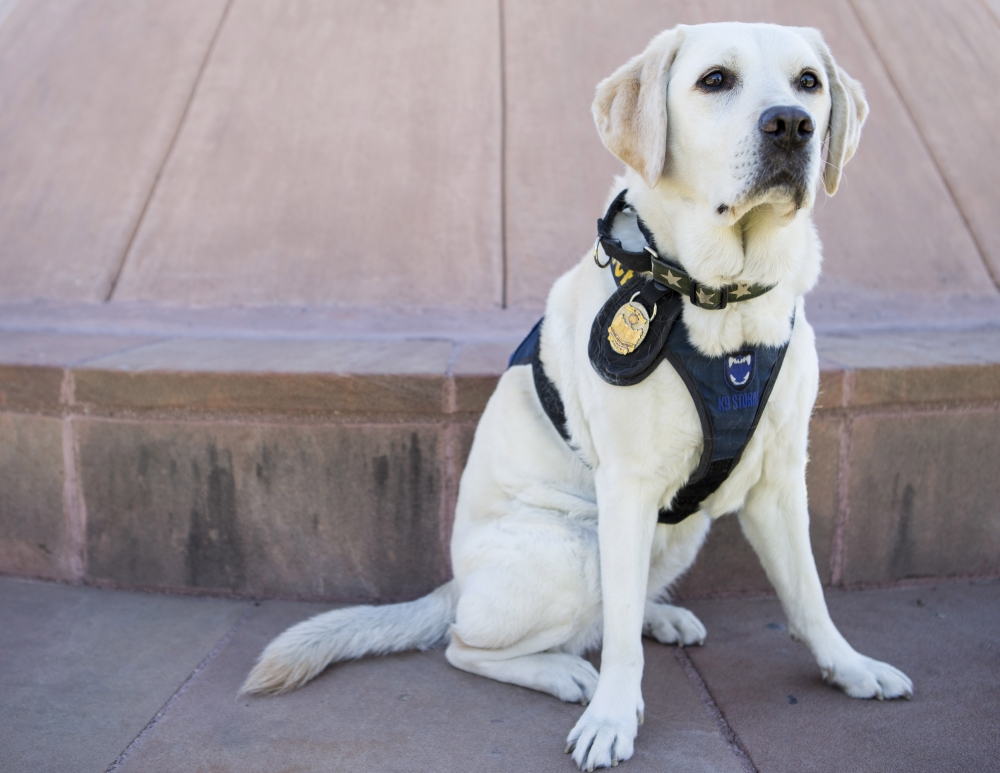 The department made the decision to get Tillman partly because Disney will be retiring soon, Dunwoody said.

“They have working life of about 10 years … and she’ll be nine in January,” Dunwoody said. “I’m a Cubs fan, so this is going to be Disney’s year-long retirement.”

But Disney helped pave the way for Tillman in more ways than one.

“Fisher died at age 79 in May, but the donations made in his memory will help make the Arizona State University campus a safer place,” Harris said.

For officer Adams, even the dog's name, Tillman, is fitting for his new K-9 partner.

“Pretty much everything Pat Tillman resembled for Arizona and the university here as a whole are the same traits we look for in a patrol dog,” Adams said. “Loyal, courageous, willing to give 100 percent.”