A taste of New York: Halal Guys arrives on campus

From the streets of New York to the outskirts of ASU’s Tempe campus, Halal Guys will open its doors in Arizona on Jan. 27.

Halal Guys, a business that started as a hot dog cart in the busy streets of NYC, has grown into a national chain restaurant known for its Middle Eastern-style food. The new restaurant located on S. Rural Rd. has created a convenient and diverse option for students on campus.

The location of the first ever Halal Guys in Arizona, however, is more than convenient; it’s intentional.

The CEO and one of four franchisees of Halal Guys in Arizona, AJ Ahmad is an ASU alum who was determined to bring his business back to his college town.

“I landed Jan. 1,1993 to Arizona, did not speak a word of English and was almost 17 years old,” he said. “Basically my life and my future started in Arizona, and I want to keep it that way as well.”

The restaurant will reside in the building that was once an ASU bookstore, reinforcing Ahmad’s desire to bring the restaurant to ASU students.

Ahmad said he even remembers buying textbooks from that very location. 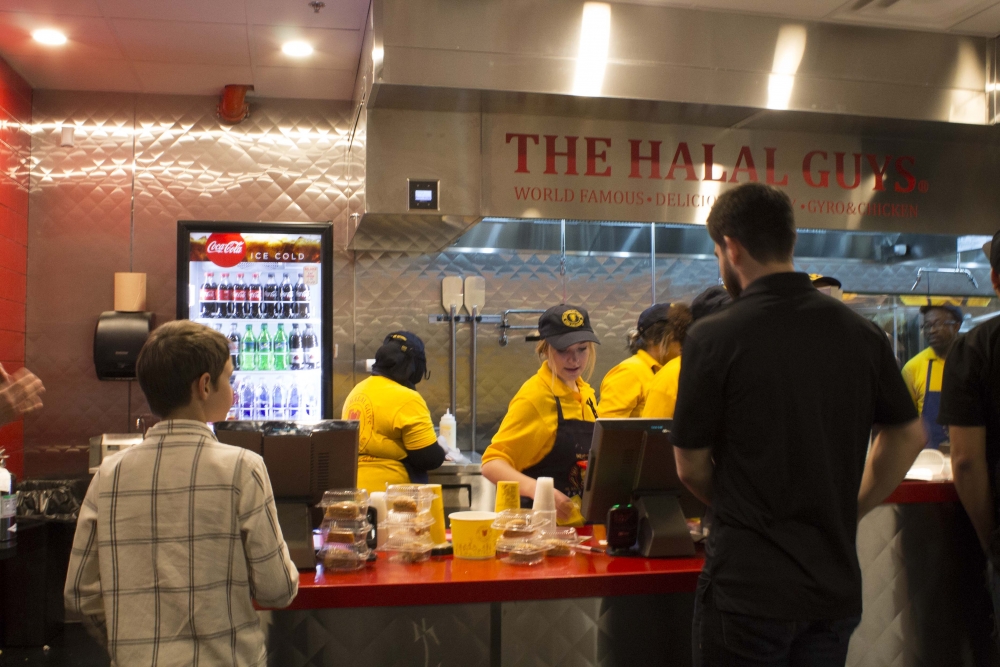 “I was adamant with my real estate agents and said I’m not going to open anywhere except around ASU,” he said. “You know when you go to your parent’s house and it’s comfortable, it’s kind of like that.”

Ahmad and his other franchisees not only bought this location, but also bought rights to the entire state, making them the only Halal Guys franchisees in Arizona.

They said they have high hopes for the Arizona expansion and plan on opening other locations soon.

“It’s not only here in the U.S., it’s international,” Ahmad said. “We as the franchisees are trying to help them grow, and I think I can get the acceptance level in Arizona because I know what my people like to eat.”

All four of the franchisees said they felt this location was perfect for the atmosphere of college students who want a quick, fresh and affordable option on campus.

“For students, it’s easy: get what I want, know what I’m paying, here’s my budget, end of story,” Ahmad said. “We don’t nickel and dime you.”

Ahmad said while they are famous for their gyro sandwiches and chicken and rice platters, his favorite is the combo with plenty of their world famous white sauce.

Biomedical sciences freshman Lance Villarreal said he has never tried halal food but heard about the restaurant through friends and plans on attending the opening on Friday.

“The more restaurants we have near campus the better, and I think the more different cultures we have the better,” he said.

“There’s not as much of that kind of food specifically that I know of, but I think there’s one near the mosque on campus, the ICC,” he said.

“I think people will get into it, and I think a lot of my Muslim friends will attend.”

Amal Abdin, a junior finance and business data analytics major, said the opening of Halal Guys will give her a go-to place to eat because it is walking distance from where she lives.

“I eat on campus, I don’t cook and I’m not on a meal plan, but I feel like the food on campus is the same,” she said. “Them (the owners) introducing something like Halal Guys is very exciting because I have different options now.”

Abdin said that for her, a Muslim, finding a halal place in Tempe has been very hard. However, she said that people of all backgrounds will enjoy the food.

“Even among my friends who are other religions, everyone likes eating at halal places,” she said. “It has this reputation of being really good.”

Besides offering a new place for the community to eat, the chain has also generated jobs for students on campus.

Jason Guest, a freshman studying aerospace engineering, said he saw the hiring sign outside the restaurant and decided to work for Halal Guys, a restaurant he was unfamiliar with.

When he came in for an interview, he was pleasantly surprised.

“They told me about all the great ways they treat their employees, how it’s really famous on the streets of New York, and the food was great so I’m looking forward to getting the employee meal every day,” Guest said.

“I live in the dorms, and there’s already people asking me when they open.”