Editorial: The State Press stands against legislation that would disenfranchise student voters

ASU takes pride in being a university “measured not by whom we exclude, but rather by whom we include and how they succeed.” Inclusivity and accessibility are values which are deeply important not only to our University, but also to our democracy. The strength of a democracy is dependent upon a citizen’s right to participate actively within that democracy itself, a right which is threatened by Arizona House Bill 2260, introduced in the Arizona State Legislature by Rep. Bob Thorpe.

The bill would prevent students from registering to vote using a “dormitory address or other temporary college or university address.”

Thorpe’s argument seems to be that college students are temporary residents of their communities, and as such, their voices should not be allowed to overwhelm the voices of those residents who are supposedly more established.

The State Press Editorial Board disagrees with the notion that college students should be treated as outsiders within their own communities.

As students, we spend most of our time in the community surrounding our campus — this is the space in which we live, work, pay rent and learn. All students spend more time at their so-called temporary college address than they do at a parent’s permanent address throughout their higher education.

Thorpe also introduced a now dead bill that would forbid Universities from including curriculum, classes, events or other activities that, among other things, advocate for "social justice toward a race, gender, religion, political affiliation, social class or other class of people.” 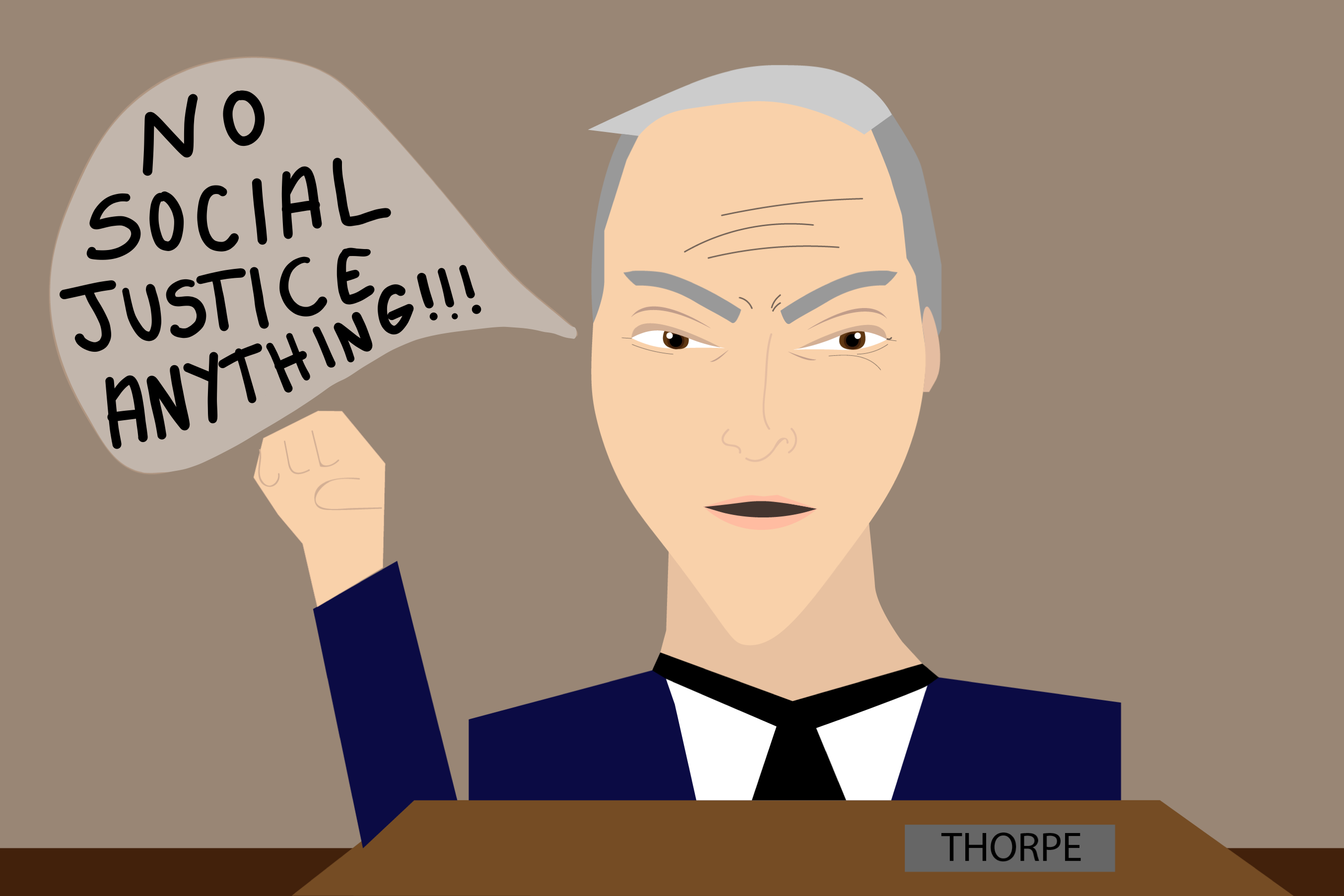 Thorpe declined to respond to The State Press for comment, but he explained his position in an Arizona Republic column: “The intention of this bill is that they need to be voting in the community where they live permanently. And they need to be making a difference there at that community on local issues that impact them and their friends and neighbors."

When students on The State Press Editorial Board packed our bags for college, we came from communities across the country. However, we live here, we learn here, and we produce news for the community surrounding ASU. Our stake in the community — our community here in and around our campus — is huge.

Even without our work in the community as student journalists, we share a common trait with every other student at the University — we spend a lot of our money here.

Especially in local economies like Tempe, Tucson and Flagstaff — the cities surrounding the state's three largest universities — businesses rely on students as a stimulus. In fact, the Office of the University Economist publishes how much University student and their wallets impact the community.

"The spending of the Arizona State University (ASU) community in fiscal year (FY) 2016 was responsible for 47,650 jobs, labor income of $2.423 billion, and gross product of $3.579 billion in Arizona," according to the report. "The university community contributed $207 million in state and local government revenue in Arizona."

A number of college students have no intention of returning to their home state or city at all, using their college years as a chance to establish themselves in a new community. What’s more, some students may not have any alternative to their campus address.

Universities make it virtually impossible for students to circumvent student housing — especially in their first year of enrollment. If this bill were to pass, universities would essentially be forcing students to give up their right to vote in order to live in the dorms.

At ASU, freshman students are expected by the University to live on campus, according to ASU's housing website. Honors students in Barrett, the Honors College, are required to stay in University housing for at least their first two years. HB 2260 would actively discourage voter participation from one of the largest universities in the U.S.

This bill will most directly affect students’ abilities to vote in local and statewide elections, which are arguably the elections that most directly affect voters’ lives. Especially in non-presidential election years, youth voter turnout levels are discouraging: The Campus Vote Project reported that in 2014, only 17 percent of 18 to 24 year olds cast a ballot.

HB 2260 rejects the value of each of these programs in favor of promoting an exclusive and inaccessible political system.

Universities serve as innovation hubs and economic drivers for the areas that surround them. State officials should be brainstorming ways to help students become more — not less — engaged in their local communities. When graduates feel they have a stake in the community surrounding their alma maters, they will be more likely to begin their careers there, catalyzing entrepreneurship and economic activity.

In sum, this bill clearly undermines a specific demographic for a specific political purpose. In the process, it sacrifices community welfare by silencing the voices of the very population we should be trying most to engage in the political process.

The Editorial Board believes that our democracy should serve as a platform in which all voices are equal. Therefore, we staunchly oppose legislation that would disenfranchise student voters and ask that our legislature do the same.

Keep letters under 300 words and be sure to include your university affiliation. Anonymity will not be granted.