ASU students weigh in on importance of protesting

According to a new study, younger adults are more protective of their right to non-violent protest than older adults

The study was conducted on Feb. 7-12 among 1,503 adults shows that 84 percent of 18- to 29-year-olds say that “protecting the right to nonviolent protest is very important for maintaining a strong democracy.”

The that younger adults feel that the right to non-violent protest is important, more so than older adults.

Randy Perez, a junior double-majoring in political science and public policy, is also a progressive community organizer in Tempe and Phoenix. He said the right to protest is essential to freedom.

“I think that protesting is woven into the fabric of our American culture," Perez said. "I think that if you look back at the way this country was founded it was founded with a protest of a bunch of dudes throwing tea in a harbor.”

Perez said he organizes community events such as protests on campus at ASU, and in the surrounding cities of Tempe and Phoenix.

“The protests we've been doing, particularly on college campuses," he said. "I do my best to make it so that the issues we are talking about are relevant to students and it's also a really great energetic environment where people are forming a lot of their political ideals and beliefs right now.”

“I see protests as one of many tools in a really big organizing toolbox," Perez said. "Protests are great to get media attention, they are great for capacity building, and they are great when our passions are running so hot that the only thing we can do is exercise our First Amendment rights.”

Election protesters march on Tempe campus from The State Press on Vimeo.

"It felt very weird to be there and not enjoy it at all," Cioffi said. "The women’s march was totally a change in energy. The only thing I kept thinking was ‘there all these women from all over the world, not just me.’ Everyone felt like it was their duty to march because of the injustice of electing a misogynist.”

Although Cioffi said she didn't enjoy the inauguration, she was inspired by the women she saw at the march.

“It was a sea of pink throughout the streets,” she said, “It was really profound and amazing that I could be surrounded by women, who are not only like-minded but are also strong enough to know they’re going to march.”

Cioffi also said it is important for all ages to speak out and be heard.

“I think protesting is important for everyone, even young children, but of course there are good and bad parts about it,” she said. “It’s important to speak out even when no one wants to listen to you. I think protests are the way to do it.” 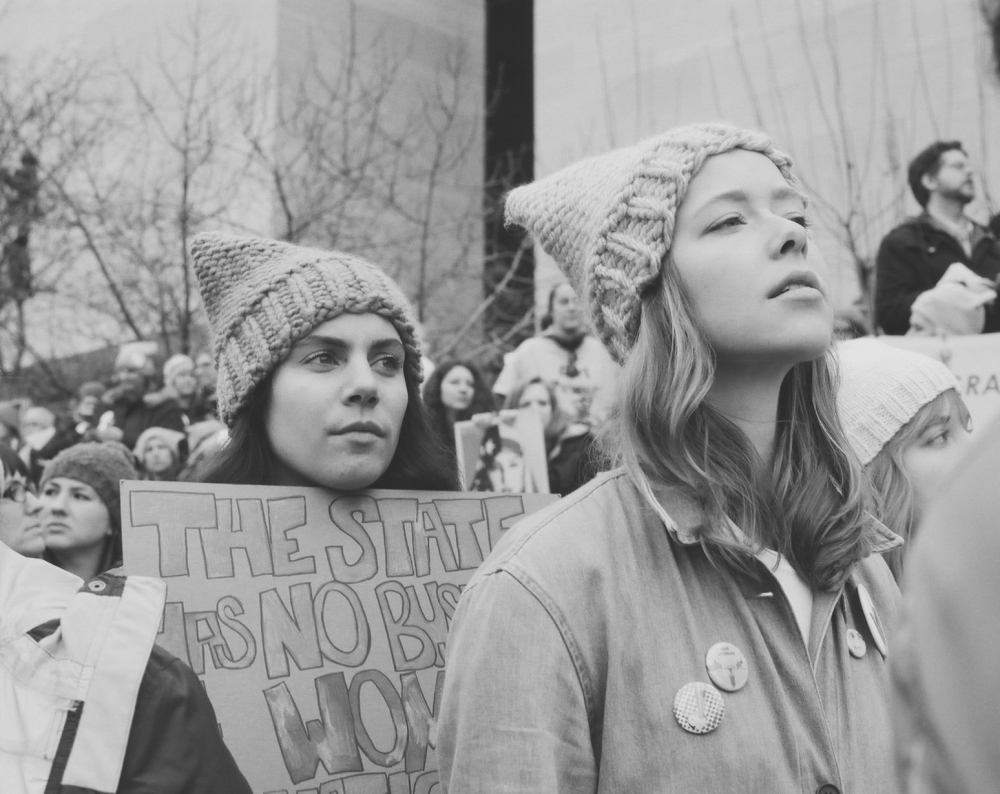 “I think that effective protesting is done when there is not damage private property, no one is injured in the process and it’s peaceful,” he said.

Calabrese said he believes younger adults are more used to hearing about protests due to modern media and social media.

“In my opinion, I think that protesting, nowadays, can get you a lot more exposure than it might have in the past,” he said. “The way the media is set up with the 24-hour news cycle and people posting about it on social media, I think the older generations aren’t used hearing about protests.”

Calabrese said that throughout history there have been protests, but protests in the modern era more of an impact.

“I think, now more than ever, protesting peacefully can deliver effective results,” he said.

Fallon Leyba, a sophomore at ASU majoring in creative writing and philosophy who is involved with Students for a Democratic Society, said she doesn’t like to call protests peaceful because protests are meant to disrupt.

“The nature of a protest is to be disruptive,” she said, “No protest is truly peaceful but I think that it’s fascinating that because protests are disruptive by nature that they're gaining a lot of support from young people.”

Leyba said more students are joining in on protests because the general practice has more impact on their lives.

“I think a lot of the stuff that students are protesting these days is more relevant to their experience and their future."