ASU student uses art to explore her own life story

Although Marieke Davis lost half of her vision, she never lost her passion for drawing comics

Creativity is a journey that requires not only interest, but also determination; especially for Arizona State University art senior Marieke Davis.

Marieke was diagnosed with a brain tumor at the age of 10, which led to surgery, and five months of chemotherapy when she was in sixth grade. Two more brain surgeries followed. After her last surgery, when she was in 11th grade, it became an impossible challenge for her to read across a page. She lost half of her field of vision in both of her eyes is known as hemianopsia.

When talking about how she started creating comics, Marieke says, “I kind of grew into it, although I grew up reading Calvin and Hobbes.”

Her interest in narrative art, combined with the small frames that helped with her vision, drew her attention to comics.

Marieke’s father died from a heart attack when she was 5 years old, and her mother, Karen Davis, became a single parent who was an outstanding support.

“When she was younger, she would come to my office and draw,” Karen Davis says. “She would draw art that told a story.”

Being at ASU hasn’t always been easy for Marieke.

“She deserved to have an even playing field, like all people with disabilities do,” says Karen Davis,  who was an academic advisor at ASU for 25 years. “I knew it would not be easy. I wanted to give her my best knowledge.”

Despite her inevitable struggles, she has continued to be dedicated to her art and writing, as well as being a student. She finished her comic book “Ember Black” in summer of 2016 and also created an audio version of the book. Her mother was greatly involved in the project and voiced the narrator in the audio version. “Everything she did with Ember Black, she taught herself,” Karen says.

On her other inspirations, Marieke says, “A comic that really inspired me was Neil Gaiman’s ‘Sandman Chronicles’. I won’t stop citing it because he will always be one of my favorite comic book authors.” 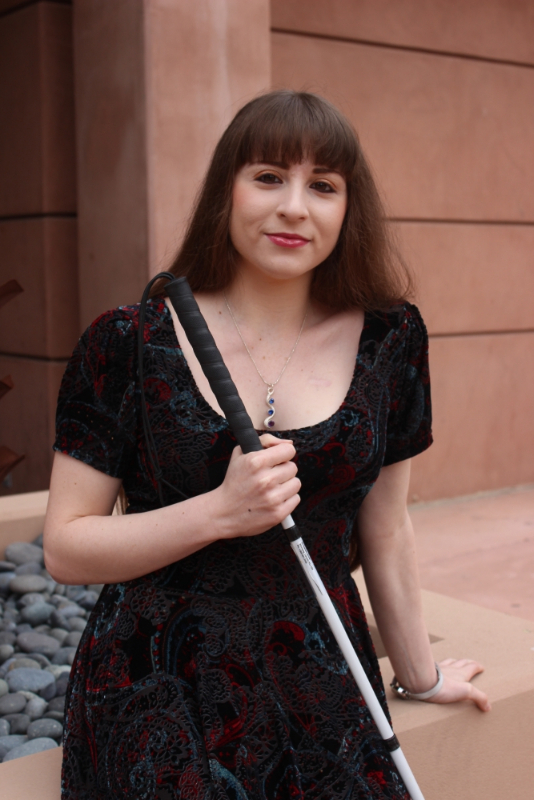 Beside drawing and writing comics, Marieke has written short stories and scripts, including her short story, “Onlookers.”

“It’s important not to discredit other people’s experiences in life,” Davis says. “I think comics are a good way to to express how you’re feeling without talking down or being mean to someone.”

Deborah Deacon, art historian and professor at ASU, says Marieke caught her attention in her online classes because she “very straight forward and enthusiastic.”

“From the beginning, her mother instilled in her a sense of independence. She has an inner strength that causes her to be successful," Deacon says of Davis’s success. “Her writing is really far beyond what I would have expected.”

Deacon says she feels other students can learn a valuable lesson from Marieke.

“I think they can take from her the idea that they are responsible for their own success, and if they try hard enough, they can be successful," Deacon says.

Most of those who interact with the ASU student find her to be an inspiration.

“Marieke is a remarkable person. She is a perfectionist and did outstanding work for my course on memory and memoir.” says Sarah Stage, a professor at the School of Humanities, Arts and Cultural studies at ASU.

Marieke says she is somewhat nervous to be graduating in May, but is also excited to find a job and thinks “it would be important to have real life experience.” Marieke also hopes to get a panel at Comic Con this summer. She will be graduating with a degree in drawing, as well as minors in literature and women’s studies, and a certificate in creative writing, according to her mother.

“I think college itself is a great place to find who you are and what you do best,” Marieke says. “I think everyone should have the right to try.”

Her advice for understanding disabilities, and people in general, is to realize that there is more behind a person than what you can see.

“If you want real progress, you really have to listen,” Marieke says.