Making friends with people online is more common than ever. In 2015, the Pew Research Center reported that 57 percent of teens made friends online. The odds of finding someone – anyone – in the world with the same interests seems to be higher than ever thanks to the never-ending list of popular social media platforms like Twitter, Facebook, Instagram, Snapchat and Tumblr to name a few.

“Social media helps teens feel more connected to their friends’ feelings and daily lives, and also offers teens a place to receive support from others during challenging times,” the Pew Research Center states in the 2015 study.

Nikole Tower, an Arizona State University sophomore majoring in journalism and mass communication met her friend Kaitz Haynes four years ago on Twitter because of a common interest. Haynes lives in Durban, South Africa. Despite the distance between them – 10,275 miles – Tower and Haynes became good friends. They bonded over Twitter through a Five Second of Summer fan account with two other girls – one from Kansas and one from Italy.

“I already had the account for a little over a year, and since the fandom was literally all over the world I wanted to create a worldwide group message with other fans," Tower says. "That's what I did. We talked through Whatsapp for a few months, just fangirling about bands and talking about our different cultures.”

Eventually Tower’s fangirl group talked less and less, but she stayed in near-constant contact with Haynes.

“Kaitz and I talked constantly,” Tower says. “We messaged each other every day despite the 9 hour time difference. I had just turned 17 and she was 18. It was just like having a pen pal, but an online one. We would compare each other's school work, talk about our personal drama and dream about meeting each other in person one day.” 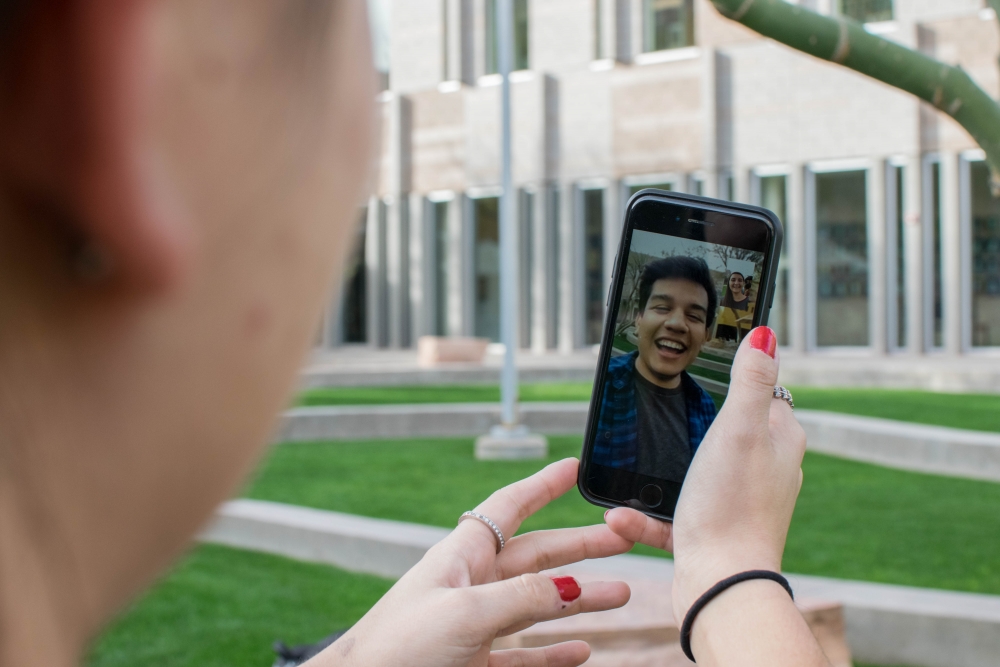 According to the Pew report, of the teens who met friends online only 20 percent met that friend in person. Tower and Haynes fit in that category. Two years ago, Haynes visited Tower in Arizona and just last December, Tower flew to Durban, South Africa to visit Haynes.

“I wasn't really expecting to find an actual friend through the internet. I tweeted people here and there but it never went beyond that,” Haynes says. “But then I found Nikole and it was so crazy how we can live on opposite sides of the world yet still have so much in common.”

Websites like InterPals and PenPal World are places people can go to find new friends online. As the names suggest, it’s an effort to bring back old-fashioned pen pals. But the days of handwriting letters and spending money on postage are over. What social media sites offer is the chance to get to know people who share your interests.

“More and more of us are developing online friendship groups and if someone ever stops to wonder about their own involvement and interest in the lives of their virtual buddies, it’s not too hard to understand how these relationships grow,” says Suzanne Degges-White Ph.D. in an article published by Psychology Today. “You have found people who share your interests or engage in similar activities and the propinquity factor is off the charts!”

As stated earlier in this article, fewer than 20 percent of people actually meet their online friends in person. Personal safety is a determining factor in that. TV shows like MTV’s Catfish show that despite how well you know someone online, they could end up being someone completely different from who they say they are.

“Of course there were people that would give a weird look when I said I was visiting my friend I met through the internet,” Tower said. “I know it's not the safest thing but our parents Skyped each other, I met her sister over Skype and she met my sister. There were those unavoidable thoughts of what could go wrong when I visit her but overall I was more excited than anything else. The moment I got there it felt almost like going to a place I already knew.”

There's always the chance that the person you set out to meet in person after talking to them online isn't as great as you thought they would be. In some cases, it can be dangerous. In others, like for junior and theatre major Tara Weworski, your Tinder date might just stick you with a large bill.

"Basically what happened was the guy asked me to dinner and when it was time to pay he said he couldn't afford any of our $50 check," Weworski says.

The key to meeting an online friend offline, is to do a little research on them before meeting up. Google their name and see if there's more than just a Facebook page. If you're still unsure, make a date to meet in a public place around a group of people.