ASU President Michael Crow held an open forum with students in the Memorial Union Thursday, one of the last of the school year and the first since tuition increases were announced on March 17.

The forum, held by Undergraduate Student Government, was live-streamed from the Ventana Ballroom as an opportunity for students on every campus to bring questions to the university president. Although Crow conducted the forum from the Tempe campus, students from West, Polytechnic and Downtown attended and asked questions by video conference.

“Why is the increase lower for new college freshman and sophomores, but not juniors and seniors — as far as tuition goes,” Malgar asked.

Crow detailed how the University operates under the “enterprise model.”

Crow said the University is halfway through their 10-year pledge to not raise in-state tuition more than three percent in any given year, and that the University tries to keep tuition for out-of-state and international students “around the (national) average.”

He noted there are different base tuitions at both the West and Polytechnic campuses, which may create the idea that tuition increases affect the campus differently. However, Crow stressed that the same rate of increase applies to every campus.

Melgar followed up with an additional question about how the recent confirmation of Education Secretary Betsy DeVos could affect the university or students.

Crow said the main ways that the federal government can influence higher education is through the Pell Grant program and by “reducing regulations that control the universities.”

Dangremond, speaking for constituents, asked what the purpose of fees was when “so many students feel like that they shouldn’t have to pay the athletics fee or health fee, when they don’t go to football games and their insurance isn’t accepted by the school.”

Crow said that the athletic fee was something that “came from student government,” and has been supported by USG in the past.

“It is the case that while a student may not attend an athletic event while they’re a student ... the athletic activities of ASU are very important to the projection of the university itself," Crow said.

He detailed how in the past, the money now supplied by the athletics fee was put forward by the school, taking money away from actual academics. The fee, he said, represented a direct investment from ASU students in athletics.

“The students are investing about 15 percent or so of the operating cost of ASU athletics,” Crow said.

This is different than tuition, Crow said, because tuition charges are solely for academics. He said the health fee and athletics fee were both enacted with input from student government. 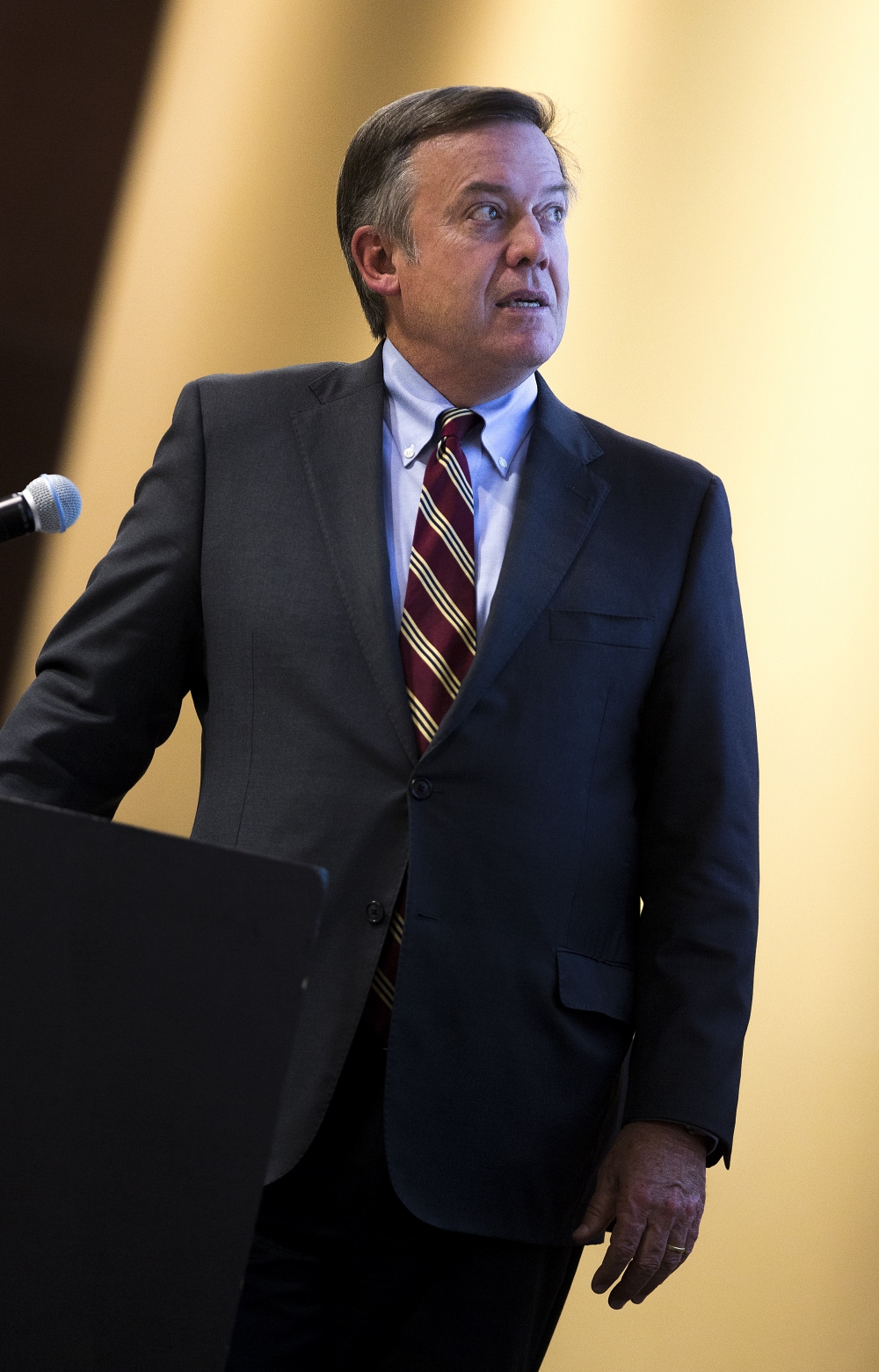