Quinn Dornstauder played her final game as a Sun Devil on Sunday, finishing fifth in program history in blocks

ASU women's basketball senior center Quinn Dornstauder knew that every game remaining this March could be her last for the Sun Devils.

"I don't like talking about it even yet," Dornstauder said of her four years as a Sun Devil coming to a close. "I hope the season can go as long as it possibly can. I'm just so grateful for everything."

Dornstauder's collegiate career did indeed come to a close on Sunday evening when ASU fell to South Carolina in the second round NCAA women's tournament. Sunday marked the end of many lasts for the senior Sun Devil — the last home game of the season, the senior day ceremony, the last Pac-12 tournament, and finally, the last NCAA tournament run.

Despite the sudden ending to Dornstauder's career as a Sun Devil, the senior said she will always cherish her four years in Tempe. Dornstauder never let her emotions get the best of her, even during her final game at Wells Fargo Arena on senior night.

"I think senior night kind of gets to everyone because they try to make it really sad," Dornstauder said with a chuckle. "It's a special night and stuff but I wasn't to focused on it honestly, until like after the game and stuff. Even then I was still kind of thinking about the game more than the actual fact that, that was the last time we would play at home."

To those who know Dornstauder best, it's her passion and eagerness to improve each and every year that is remembered most.

"You have what you have, you come in at a certain spot," head coach Charli Turner Thorne said of incoming freshmen to her program. "How hard are you willing to work? How much can you get better? And that's what I hear from the fans, so many people that love this team and love this program, they are just so impressed with how much Quinn improved."

Dornstauder hasn't just bettered her basketball game, but she has grown immensely as a person.

That might be the case with the whole senior class.

The WEST SIDE has arrived in Columbia, SC! TOUGHNESS personified in these @SunDevilWBB seniors! @pac12 in the building! #NCAAW pic.twitter.com/eN1LMJmtOp

Turner Thorne said the coaching staff and the other seniors have made jokes to people outside of the team on how far Quinn has come both on and off the court.

"She's very introverted," Turner Thorne said. "She wouldn't really say a lot, and now she leads. She talks to people and she's grown a lot in that way, just as a teammate and a leader."

Aside from her outstanding 6-foot-4-inch height and shot-blocking ability, the Regina, Saskatchewan, Canada, native is an all-around solid player. She ranks fifth in program history for blocks, and with that, her talents could very well be used as service for some professional women's basketball team.

Dornstauder said that her basketball career isn't necessarily over when she walks at graduation this May to receive her degree from ASU in Biochemistry. When one chapter ends, another begins.

"I'm looking to actually play overseas or pro somewhere," Dornstauder said. "And that could be really anywhere. In like Europe or Asia, even Australia, at this point I have no idea."

Correction: A previous version of this article misidentified Quinn Dornstauder's program rank in blocks. The story has been updated to reflect the correct information. 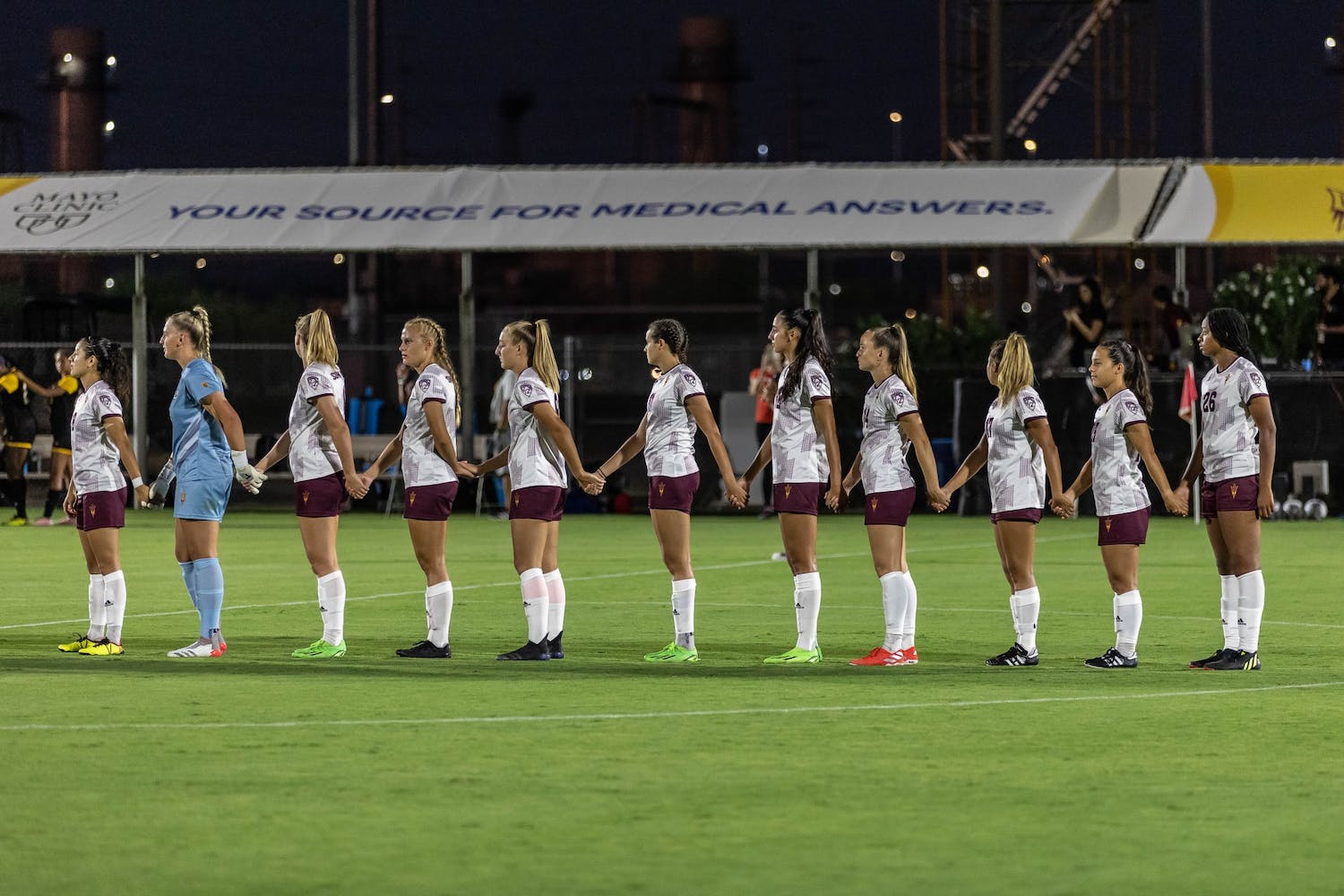