The series of courses aim to educate students about finances, domestic maintenance and auto care

Meat sizzled and popped in a pot as students watched intently, attempting to learn one of the many skills required to successfully "adult." In Adulting 101, students get to learn basic concepts like cooking conversions and are taught to put items like electric cooking mixers at the top of their graduation gift wish lists.

Adulting 101, a series of events spanning over the course of eight weeks, is designed to provide students knowledge of important life skills like cooking, budgeting, car maintenance and filing taxes. The events started just after spring break through the Business and Career Development Group on ASU's West campus.

The Business and Career Development Group assists students with preparing their resume for future employers.

Carrie Harrison, a senior studying global logistics, leads the Adulting 101 events. She said that after 16 years, she restarted her education in 2014 at Johnson County Community College in Kansas before transferring to ASU in 2015.

Before designing the event, Harrison said she asked members of the Business and Career Development Group what they wanted to know about being an adult.

“Within 15 minutes, I had a whole list of what they were wanting to know,” Harrison said.

As the newly-established Adulting 101 instructor, she said she used the list to create a series of tutorials on the basics of "adulting," such as cooking, budgeting, car maintenance and taxes.

"We’re already in planning phases for fall," she said. "We’re going to be doing two days, every other week.”

Harrison said the event schedule for the fall will be more flexible for students and each of the sessions on a given week will teach the same exact content so students can choose which session fits best with their schedule.

“It’s not taught at home as much because a lot of parents are on-the-go,” she said. “Students are on-the-go. It’s a very high-tech, on-the-go world, so a lot of things don’t get passed on either from school or from parents. Once you guys get on your own, it’s kind of shocking.”

Harrison said about six to eight students typically attend every week, but the cooking session last Thursday had about 12. She also said she hopes the events gain more popularity.

“A lot of professors are starting to look into this and think that it’s a great idea,” she said. “There’s a consideration of this going into a credited course.”

Adulting 101 is currently on the West campus, but Harrison said she hopes it will expand to the three other major campuses.

Harrison said she tries to bring in outside experts for each session.

“Like the car maintenance, I’m bringing in one of the local mechanics,” she said. “I had the tax advisor come in. I’m having a home chef come in.” 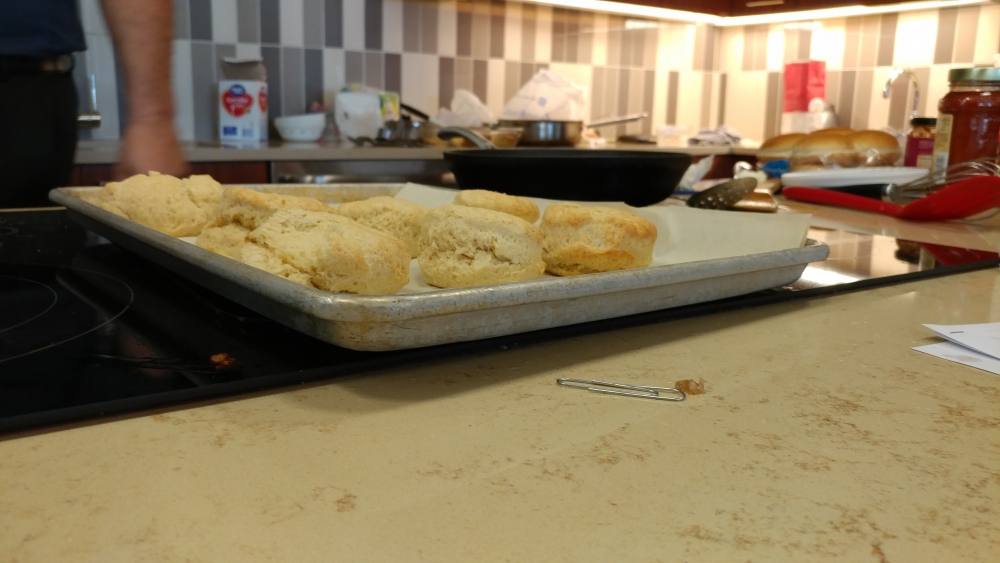 “She’s teaching these very applicable skills,” she said. “She went over taxes in another one, budgeting for another, the kind of things that everybody needs to know but school really doesn’t ever teach you. So even though I’m good at class, life is going to involve more than just that.”

Munro said she likes that she can start using the skills she is learning right away.

“(The skills) are going to be relevant even in the future,” she said. “It’s skills that you need to know for every stage of life. It’s not stuff that goes away.”

Tony Camisi, a sophomore studying secondary education with an emphasis in chemistry, said the primary reason he came was because he does not know how to cook at all.

“I felt like it was a great opportunity to be here to learn new tactics, and it wasn’t only to learn how to cook but to also cook on a very limited budget as well,” he said.

“I think the advice is very, very important and crucial,” he said.