Working toward a CURE: ASU organization mixes faith and medicine

The goal of ASU’s CURE University (CURE U), a faith-based health organization, is simple: support the healing of those with physical disabilities.

The CURE U at ASU, which promotes both spiritual and medical healing, relies on fundraising and support from the community to contribute funds to their main non-profit organization, CURE International.

CURE International uses funds from chapters across the nation, like ASU, to operate charitable hospitals and program in 29 countries worldwide, according to the organization's website. CURE trains medical professionals, practices Evangelism and performs life-altering surgeries "regardless of gender, religion or ethnicity."

Erin-Shea Warner, a sophomore biomedical sciences major, said she started the CURE U at ASU this year. She also said starting the chapter allows ASU students to connect with a larger organization who has greater power.

“With CURE U we get to join in with what CURE International is already doing around the world by raising money for surgeries,” she said. “The way that CURE is structured, it allows people all over the world to be involved with what’s going on at the hospital.”

Warner said the spiritual aspect sets this organization apart from other medical-based groups.

“We believe as a chapter and as an organization that it’s one thing to provide the medical healing portion, but also the other more significant part is telling people that Jesus does love them.”

Warner said being a part of the organization also provides opportunities for students to practice medicine abroad at one of the CURE hospitals. She also said she will be going to Zambia for three weeks in the summer to work at one of these facilities.

“We’ll be at the hospital part of the time and also have time to interact with the patients and the families,” she said. “We will also be spending about a week out in the villages doing outreach, and for the last part of it, we get to go on a fun excursion.”

Warner said this organization allows students to make a difference in the lives of others while they are still in college.

“The work that they do is exactly what I want to do the rest of my life,” she said. “It’s super personal and they feel like they can make a difference now as a student and not after they graduate.”

CURE U Overview from CURE Video on Vimeo.

Matthew Dufault, a sophomore biological sciences and vice president of CURE U, said his connection to the organization is personal.

“I had a brain surgery back when I was in 8th grade and I had another one last year, so I can really sympathize with people who have to go through tough surgeries, especially when they’re not quite an adult yet,” he said.

Dufault said it’s important to provide for children who are seen as outcasts in their societies because of their deformities.

“It's is a really unique organization because they find those kids and those families who are hurt and broken, and they bring them in and heal them,” he said. “I think it’s really engaging and cool to totally change someone’s life just by spending some time to fundraise.” 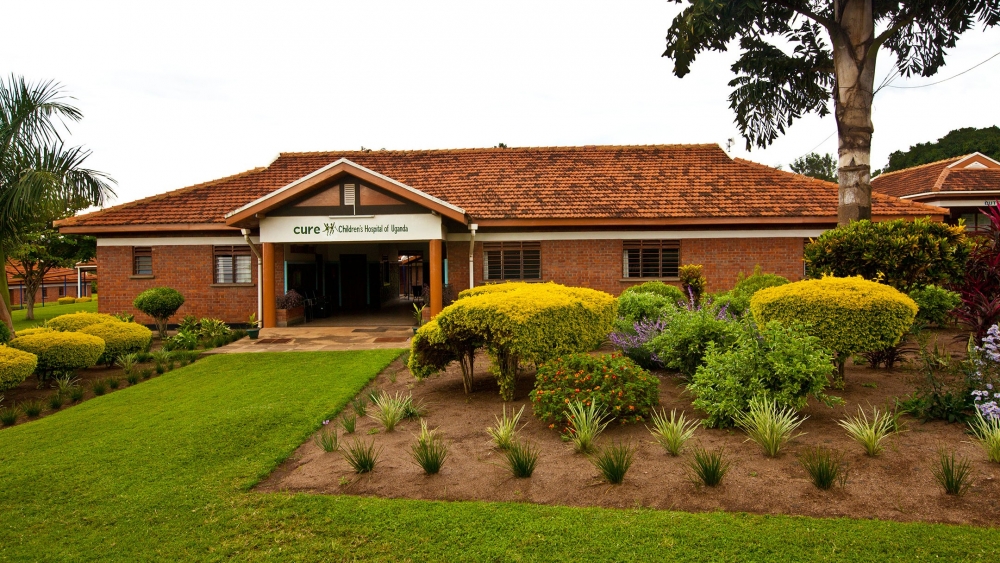 Through CURE International, Dufault said the chapter is able to reach out to patients in various hospitals and see how their efforts are making a difference.

“They do FaceTime, Skype and email messages, and you can actually write letters to the kids and they’ll send videos of them opening the letters,” he said.

Dufault said he wants to see this organization grow on campus and outlive his time at ASU.

“Especially at ASU with the student body size we have, we could definitely grow to be a big contributor for CURE International,” he said. “The big thing is to get it established, and to get enough people so that it will continue even once the first generation of CURE is gone. “

Hannah Hamby, a freshman communication major, is a new member of the group who heard about it at her church. Hamby said CURE is not designed for only those interested in the medical field.

“As a communication major, I like the idea of trying to use my talents to spread awareness,” she said. “From what I’ve seen, they’re just really passionate about this organization and what it means to them to have that faith be put into practice.”

Hamby said the organization’s mission has already encouraged her to take action for those in need of help.

“It’s definitely inspired me to see how I can get involved, and it looks like there is plenty to do.”