How to handle being in a long-distance relationship

Was it worth it?

It’s a question that is often asked of me. Was the moment where I met him — and I mean really met him — worth the inevitable pain I would feel years later?

It’s a moment I can remember clearly.

He walked into the lobby of my hotel dressed in a pale blue North Face jacket— baby blue I think. His glistening blonde hair was freshly cut that day. The jeans he wore clung to him nicely, showing off his toned legs, but not so tight that they reminded me of a boa constrictor. The shirt he was wearing showed off his protruding chest.

As he took his first steps in the doorway, his deep blue eyes, made even more so due to his choice of clothing, greeted me with a childlike glee. His shimmering white teeth spread into a blinding display as he approached: first yards, then inches away from me. It was incredible how small I could feel next to someone who was only an inch or two closer to the heavens than I was.

This close I could smell the cologne he would keep wearing for me even years after that first night. It was the smell that did it for me. That was the moment I knew I wasn’t prepared for this.

It was supposed to be a quick meeting of two souls sparked by mutual attraction and curiosity. They would meet, learn a few things about the other, maybe share a kiss and the moment would pass. I mean, I’ve heard that happens all the time in college, right?

What it immediately became was something much deeper and lasted far longer than the 2 hours I had allotted myself to get to know him.

For those who read 11:30 p.m. and thought this story was going to take a swift turn away from a G-rating, fear not, for all we did was talk. Okay, maybe there was a kiss or two, but mainly it was unyielding conversation.

“What are your passions?” “You like that show too?!” “I’ve never met someone whose watched that YouTuber!” “You can do what?” “Yes, I too hate the fact that light pollution won’t let us see the stars.”

We talked about each other and ourselves for the remainder of the evening and into the early hours of the morning. I swear I’d never been more awake.

All too quickly the evening ended and soon we were 5 hours, 18 minutes and 349 miles apart. 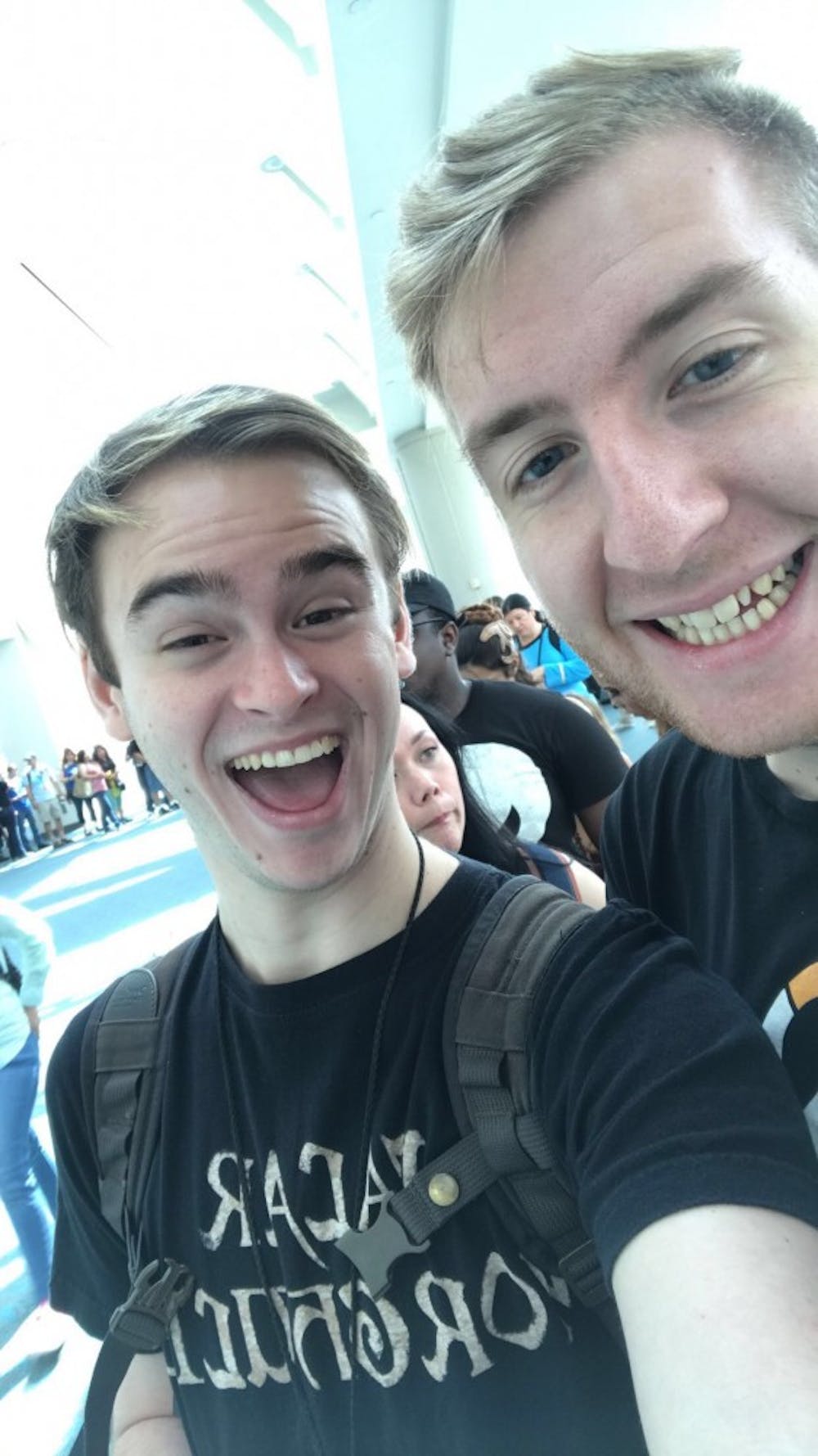 Owen Baldner and Nick Cully pose for a photo at San Diego Comic-Con International on July 20, 2017.

Again, the question was asked of me: Was it worth it?

Was that moment, when he stood there having just parted the sliding glass doors of a San Diego Hampton hotel as though he were some royal prince, worth deep-seated melancholy I would feel only hours later?

It was a question I had asked myself, but those surrounding me all thought they had the answer.

“Distance never works.” “It is hard to not see someone for that long.” “What about long term?” “You’d be giving up so much.” “Cut it off now while you aren’t attached.”

Luckily I received some sage wisdom from the woman who gave me life taught me to live it fully and to embrace it and all its challenges openly. She said: “You never know what could happen.”

Two years, six months and 28 days have passed from the time I first met him, and I can say that this time is where I have learned the most about the answer to that question.

There were days where it felt like the world had given me the short stick. Here I was, in love and loved in return, yet I couldn’t even enjoy it with them. There were moments where I cursed the day I had let myself get back on Tinder. There were times where I thought it would be too difficult.

Most of this was due to the pain of not sharing a life together. There were moments where communication was minimal, where fights felt bigger and needs left more unfulfilled.

You can never anticipate the weight 349 miles of nothingness can have.

You can also never anticipate the gifts it will bring.

I now savor smiles, worship kisses and beg for hugs. I appreciate a shared silence. I love fiercely and unapologetically.

Distance is one of the hardest things any couple can go through at any age and in any stage. The truth of the matter is, you never know how it’s going to turn out.

The truth about life though: You never know what could happen.