A group of four students in the industrial design program in ASU’s Herberger Institute for Design and the Arts created new bus stop designs for Valley Metro and will soon see their creations shade and seat Phoenix-area riders.

Industrial design seniors Ethan Fancher, Derek Smoker, Dan Duquette and sophomore Erlend Meling entered the competition a year ago.  Friends of Transit, an Arizona nonprofit public transit advocacy group, offered the contest to ASU students. The quartet of industrial designers won and were brought onto the project after a series of interviews and presentations.

Derek Smoker, one of the students, said that even after they won, the team drafted several different designs, eventually settling on one that prioritizes shade and accessibility.

“When we first went in, their biggest problem was basically, you know, make sure there is shade,” Smoker said. “And so we came up with an initial design concept – which we didn’t go through with that concept – but as soon as we started the actual project we started doing different ideas."

Not only was the group's final design well-received, but their attitudes made the experience even better, said Lars Jacoby, the public information officer for Phoenix Public Transit.

“We really wanted students that were interested in the process and not just interested in building a bus shelter,” Jacoby said. “Erlend Meling, who was a freshman at the time, was his own entry, but he blew us away. And the team of Dan, Derek, and Ethan blew us away.”

Meling entered on his own but soon joined up with the three others, Jacoby said.

After clearing a few more city hurdles, construction on the stops will likely begin in January, he said. 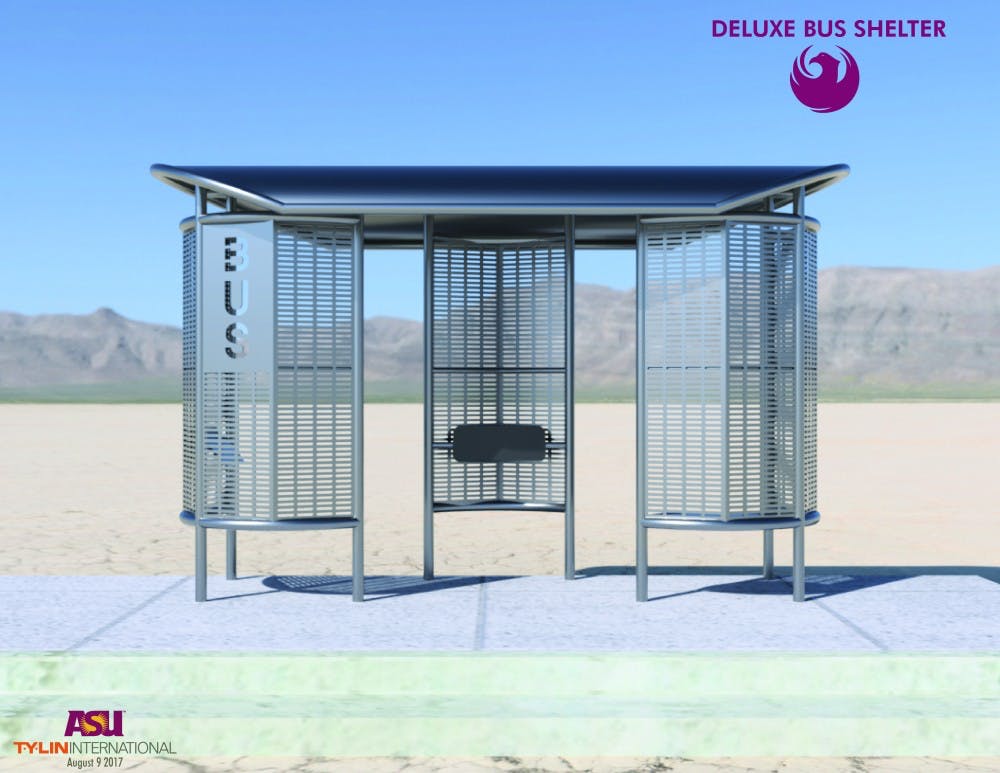 After coming in front of various city committees, the city is set to install 400 of these new bus stops over the next five years, Jacoby said.

“There are 4,000 bus stops in Phoenix and there are a number of those that need shade, or we currently have bus shelters that need to be replaced,” Jacoby said.

In 2017 alone, there were more than 49 million people who rode the bus in Phoenix, according to Valley Metro’s annual ridership report. These new bus stops will not only have more shade for these riders, but more accessibility as well.

“Traditionally, the bus stops that you see in Phoenix are all accessible from the front side,” Jacoby said. "With these types, while we are looking to get shade throughout the day, we want to be able to have them be accessible by the front and the back, depending on where they are placed."

Phoenix councilman Daniel Valenzuela said the bus shelters will be a welcomed addition to the Phoenix community. The installation of the stops won’t take long, he said, but the city still needs to plan where and when the stops will actually be installed.

“It’s something that I believe will go over very well in the public,” Valenzuela said. “It’s something that can be used by everyone including those with disabilities … it’s very creative in the way that it will capture shade and it’s also aesthetically pleasing – it’s a form of public art.”