How mass shootings have changed the millennial generation

According to FBI data, the number of mass shootings have sharply risen since the year 2000. As millennials came of age, these acts of violence became more frequent.

These are only some of the most notorious mass shootings of the last two decades. The F.B.I. has confirmed that since 2000, there has been a sharp rise in mass shootings. And as acts of violence unfurled across the country and changed the national conversation around gun control and terror, millennials were growing up. 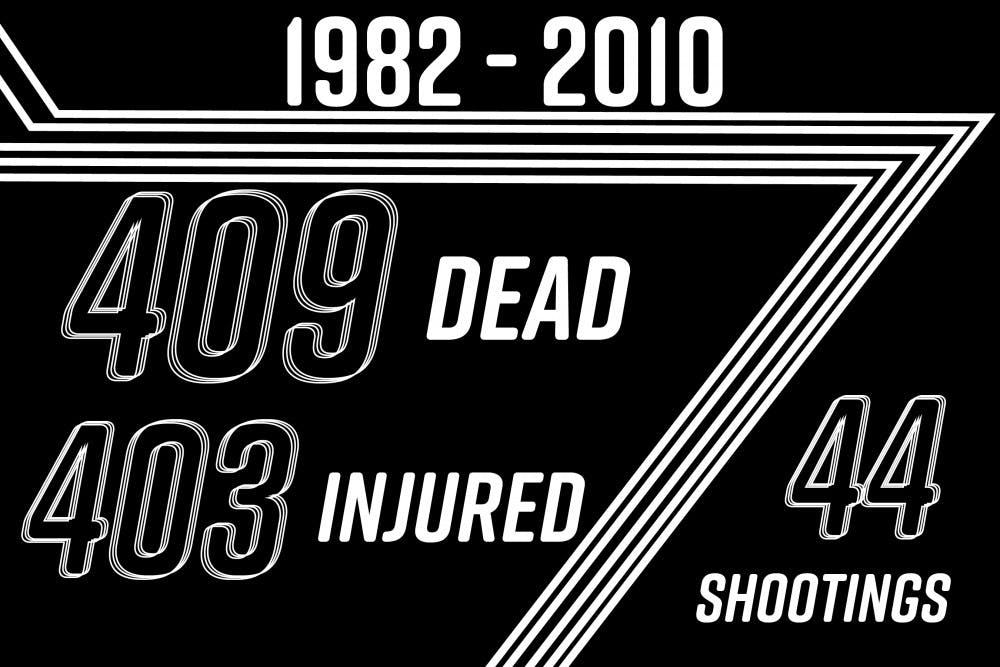 How did it change them?

Mariana Pena, a political science sophomore, grew up around guns. Her father, an ex-Marine, kept guns in their house and took Pena hunting from the time she was 5 years old. She was comfortable with guns. She saw them as a means of protection. She knew about gun safety.

The first mass shooting Pena remembers was when she was 10, when a gunman killed 32 people on the campus of Virginia Tech before shooting himself. She remembers feeling afraid and confused.

“I didn’t really understand why the shooting happened or how this person got the weapon and why he wasn’t stopped beforehand,” Pena said. “I asked my parents but they didn’t really have an answer. I wouldn’t have an answer for a 10-year-old kid, either.”

Parents play a critical role in helping children cope with traumatic events, said Sarah Lindstrom Johnson, a public health professor at ASU. One way parents can help children cope positively is by limiting the exposure the children have to television coverage of the event, she said.

Five years later, Pena watched as President Obama cried during a press conference after the shooting at Sandy Hook Elementary School in 2012.

“Seeing the President of the United States literally in tears about it – that really politically motivated me to think about gun control,” Pena said.

Although Pena supports the Second Amendment, she said there could be “a lot more restriction,” including barring people with a history of domestic violence from buying guns.

Tayelee Holtrop, a justice studies and communication freshman, was 13 years old when a gunman killed 20 children and six adults before shooting himself at Sandy Hook Elementary School in Newtown, Connecticut. Holtrop’s younger sister was only a year old and Holtrop remembers being worried for the day she would go to school.

“Knowing that a bad person could come in and have access to a gun and shoot up an entire school of they felt like it,” Holtrop said. “I was always in fear.”

A few years later, Holtrop was a student at John F. Kennedy High School in Riverside, California. She was working in the computer lab when she glanced over and saw a student looking up guns on his computer. 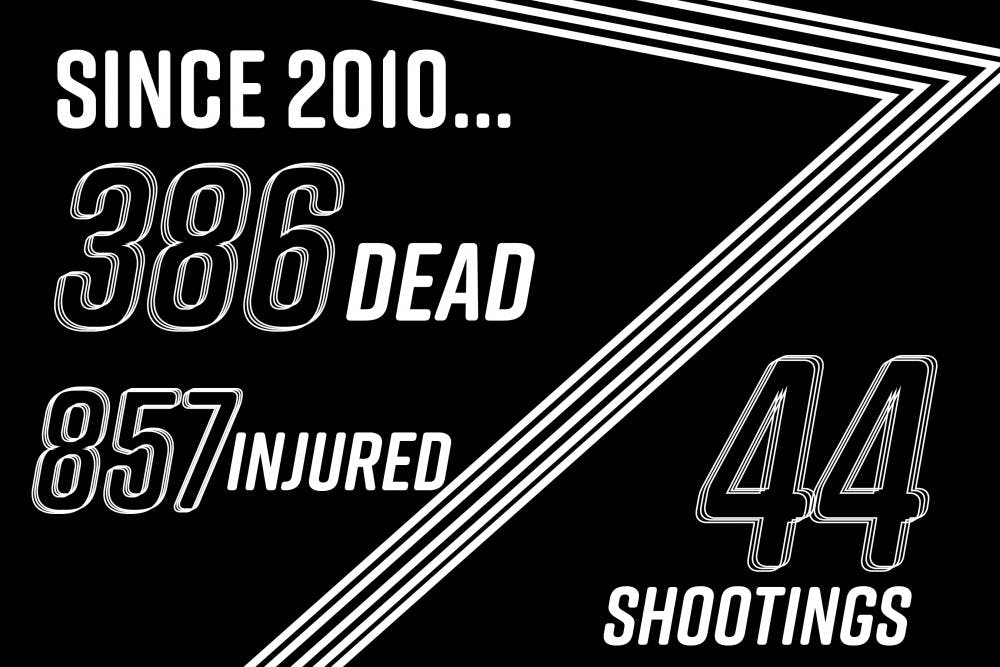 Holtrop thought back to the news stories and movies and television shows she had seen where a student who felt alone brought a gun to school to take revenge on everyone who left them friendless. She knew the narrative. She knew the way this story could end.

“I tried to befriend him and comfort him,” Holtrop said. “I kind of feared what would happen. I wanted to let him know he was loved.”

She told a teacher what she’d seen. The teacher took it from there.

“I did my best to make sure he had a friend, if that was what his reason was,” Holtrop said. “I didn’t know what it was but I didn’t want to ask either.”

“You feel hardened,” she said. “We’re all so immune to it. We’re just like, Did you hear about the shooting? Oh yeah, me too. It was all over Twitter.' And you kind of move on. Because you expect things like that to happen.”

According to Johnson, it’s normal to feel numb to mass shootings.

“Unfortunately, there’s a normalization of violence that occurs,” Johnson said. “The first event is shocking and the subsequent events aren’t as shocking. These events become normative.”

Jake Bobay, a former ASU student, grew up 15 miles away from Sandy Hook.

“It took place close to my backyard,” Bobay said. “Where I grew up. It’s heartbreaking. It’s heart wrenching. There’s no rationale.”

“It’s this unspeakably horrible even that put Newtown on the map,” he said. “It’s still not easy for me to see people talk about the shooting.”

Five years later, Bobay said each mass shooting strikes him as emotionally as the last.

“I think the fact that there’s such universal outrage at these events … I think that’s a good sign that society isn’t accepting mass shootings as a new normal.”

As for gun control?

“I see a gun as a tool. And it can be used to save lives potentially, just as tragically as it could also end them.”

David Huff, a political science freshman, was in his high school biology class when he saw “San Bernardino” trending on Twitter.

His mother worked for the California Superior Court System. On the day a husband and wife killed 14 people before shooting themselves in a San Bernardino government building, Huff’s mother was only a few blocks away at the courthouse.

“I tried to call my mom but her phone was off,” Huff said.

Huff called his father, who tried to reassure him, but he couldn't rest until an hour later when Huff’s mother texted him to say she was safe. She’d been down the street from the shooting, but she was okay.

“It was a really scary day because I was like, ‘What if they targeted my mom’s building? What if they went into the courthouse?’ I could’ve lost my mom.”

Now, Huff says, he worries often about the threat of violence at everyday places like movie theaters, concerts and college campuses.

“It’s a shame when you want to go to a concert and have a good time but you have to think about where is the exit?" he said. "What would I do with my friends? How do I get to my car?”

According to Johnson, that level of caution is a healthy coping mechanism.

“It’s normal and helpful,” Johnson said. “When that sort of behavior becomes obsessive or fear of those events causes a change in day-to-day activities, that’s when that’s not a healthy reaction.”

“We have regulations to get on an airplane and to drive a car but for a device that’s specifically designed to shoot and kill, we don’t have a system?” he said. “I don’t see the logic in that.”

But Johnson said millennials are as a whole unlikely to experience negative long-term effects from growing up around mass shootings.

What’s more interesting to Johnson is not the psychological effect but the political effect.

“What is the effect of mass shootings on millennials’ social and political views?” she said. “I think it’ll probably be a polarizing effect so you see people who advocate for gun control and people who believe they need to a purchase a weapon in order to keep them safe.”

Many millennials are in the “emerging adulthood” phase of their lives, Johnson said, and one of the characteristics of that phase is “a sense of hope for the future."

“Particularly with the millennial generation, there’s been a lot of political and social activism," she said. "So I think this generation is capable of change if change is what it wants.”