“Women are not trained to be selfish or to be self-promoting,” dean of the College of Health Solutions said

“As soon as you graduate, you will be making less than men make,” ASU women and gender studies professor Jill Horohoe said. “And that gap will only get wider as you get older.”

Only seven of the deans of the top 50 business schools in the country in 2017 are female. This statistic illustrates a widespread issue — women are under underrepresented and underpaid in higher education positions.

Horohoe said the fact that female deans are underrepresented across the country and at ASU is an indicator of how widespread the issue is.

“These are women that are at the top of their fields yet they still don’t make what men make,” she said. “It’s something that goes on everywhere.”

Horohoe said women are also often underrepresented in fields such as business, finance and STEM.

“It goes back to this idea that there is women’s work and there is men’s work,” she said. “Things like science and engineering, that’s a traditionally male-dominated field.”

She said women are also sometimes paid less if they have children. Women with children earn 3 percent less than their childless counterparts while men with children earn 15 percent more than those without kids, according to a 2016 report from the Congressional Joint Economic Committee. They dubbed it a “mommy penalty” and a “daddy bonus.” 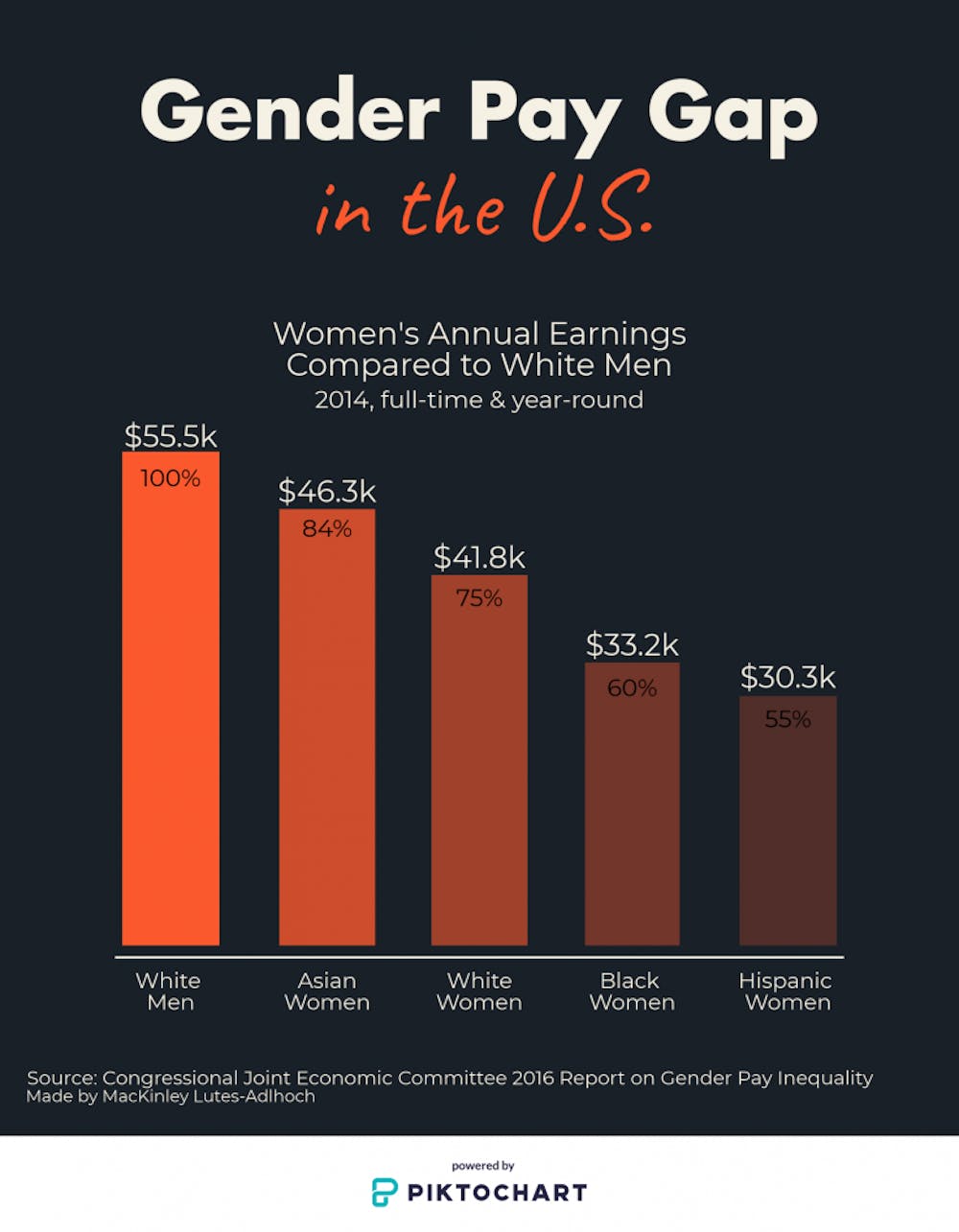 Horohoe said women can combat the pay gap by negotiating for themselves starting early in their careers. However, negotiation can be especially difficult for women, she said.

“It goes back to gender stereotypes,” she said. “Women that are assertive are seen as pushy — men are assertive but women are pushy.”

Amy Hillman, dean of the W.P. Carey School of Business and the top-paid dean at ASU, said she is much less uncomfortable negotiating salaries than most women because she has made a conscious effort to work on it.

Hillman said she knew it would be important to do research on salary negotiations before accepting her deanship.

Deborah Helitzer, dean of the College of Health Solutions and the sixth top-paid dean at ASU in 2018, said she was trained to negotiate and now trains young professional women on negotiating tactics.

“Women are not trained to be selfish or to be self-promoting,” she said. "When you get to the point of negotiating your own salary, it’s very hard to do because you’re asking for something for yourself.”

She said a big tip in her leadership training is: “Don’t ask for yourself. Ask for your children.”

This can help women negotiate better if they feel like they’re not asking for themselves, but for their children they need to care for, Helitzer said.

Helitzer also said a lot of salary fluctuations depend on the current market of whatever business a dean may be in.

“It’s timing, and it’s field,” she said. “I think that’s why Amy and I have higher salaries. It’s because of our field and where we came from.”

Men and women alike, she said, will also make more money as deans if they were making a lot of money at their previous jobs.

“Those of us who climb our way to the top, for the most part, are very well-educated in negotiation, because that’s the only way we get there in the first place,” Helitzer said.

ASU said in a statement that its salaries are determined based upon a number of factors and no two dean positions are the same.

“Arizona State University is deeply committed to an environment of inclusion across all of our operations,” the statement said. "The final hiring decision rests with the University provost."

"Salary increases are considered on an individual basis and determined by a variety of performance and retention factors," University officials said in a statement. "Without knowing information about individual performance or efforts to retain the individual, judgments about salaries are incomplete."