Welcome to the third installment of The State Press Politics Roundup, where we bring you the week's coverage of on-campus and local politics.

After a contentious two-hour debate, Undergraduate Student Government Tempe narrowly passed a proposed $15 increase to the student health fee on Tuesday night, the first campus to do so. On Thursday, USG Polytechnic unanimously passed the measure. USG West and the Graduate and Professional Student Association will vote early Friday on the measure, while USG Downtown has postponed its vote until Feb. 23. A majority of campuses are needed to pass the measure.

During ASU’s 32nd annual Day at the Capitol, members of each USG campus body met with lawmakers one-on-one to build a professional connection in hopes of establishing an avenue for political dialogue. One USG official said doing this was arguably the most important part of the event, as college students in the state have little political capital.

The Forks Estate: How the opioid crisis is affecting Arizona 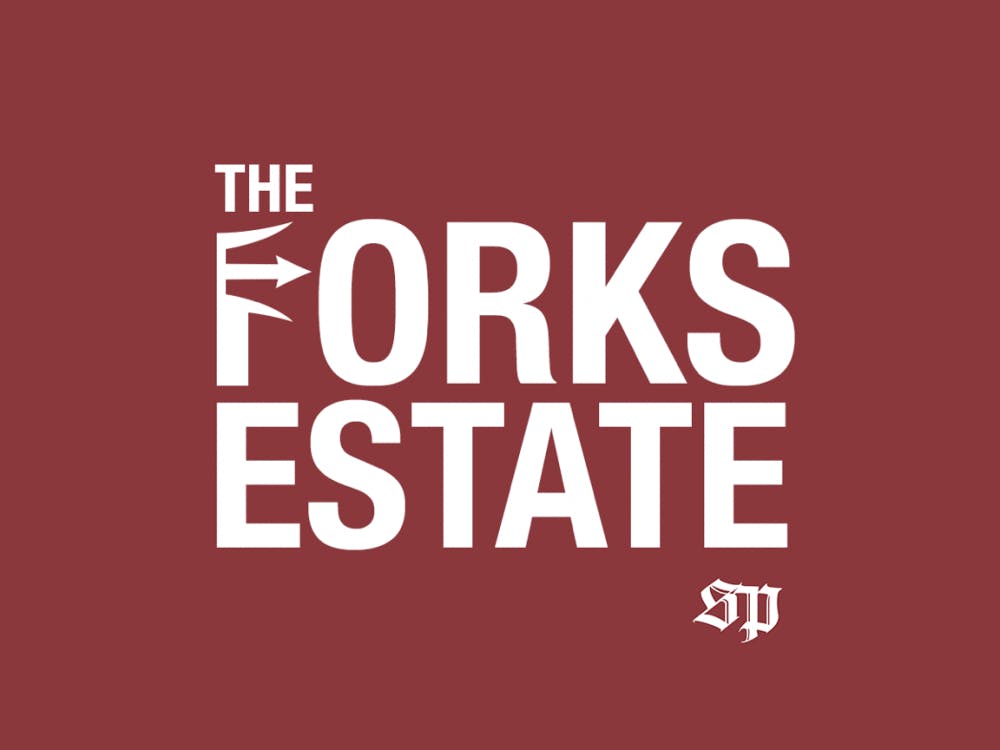 ASU researchers help forge the path for biking in Tempe 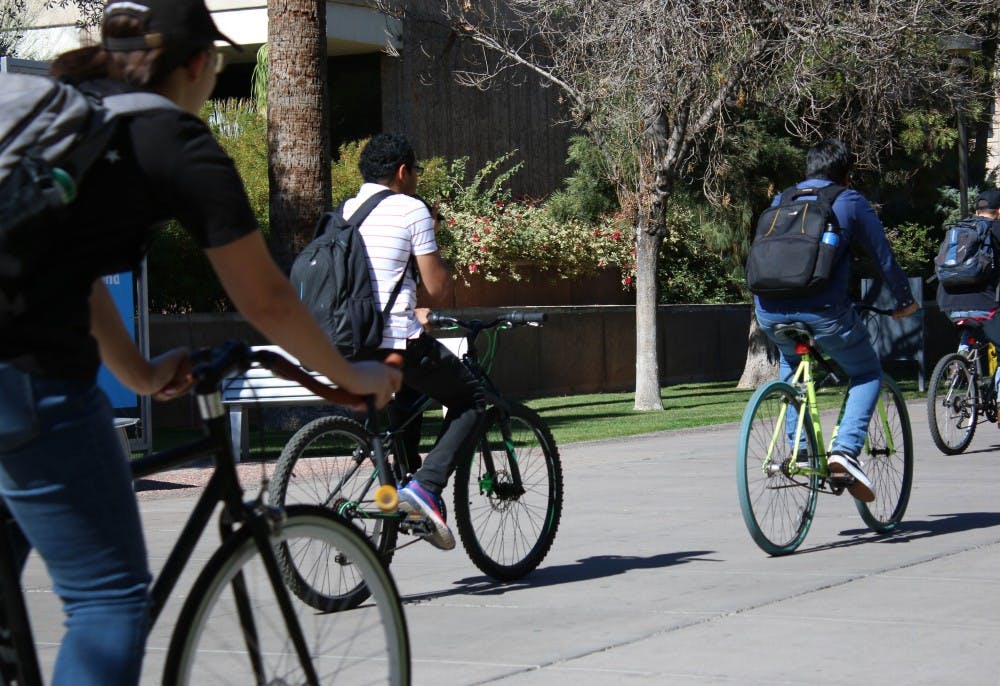 Groups of University researchers have started bike initiatives in Tempe to help increase bike safety and overall ridership. Researchers said these programs will ultimately benefit the city, which has a large biking population and will make it a more dependable mode of transportation. Read more here. 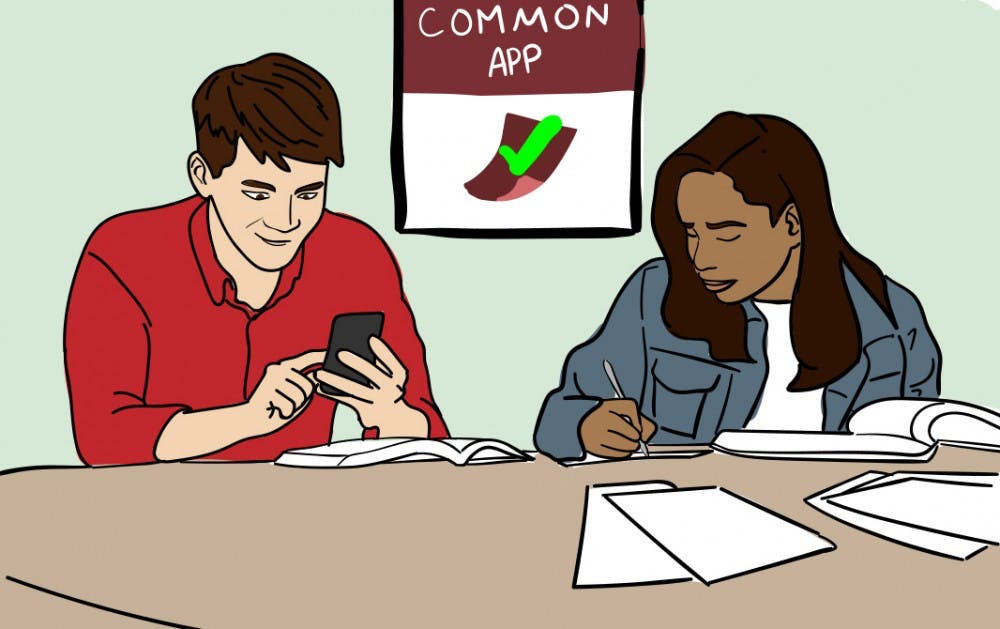 "ASU will now allow students to use the Common App for ASU applications." Illustration published on Wednesday, Feb.14, 2018.

Starting next fall, ASU will accept applications to the University through the Common Application, which allows prospective students to apply to many colleges using one application. University officials said the new application furthers ASU's commitment to fielding qualified students. Read more here. 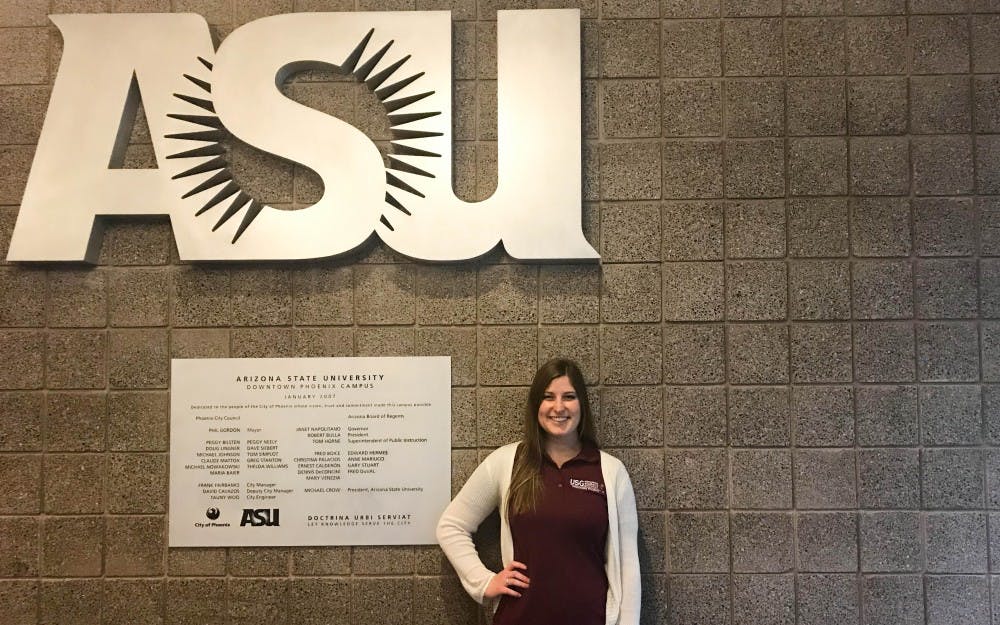 ASU public service and public policy sophomore, Aly Perkins, poses for a photo inside of the Cronkite building at the Downtown Phoenix Campus in Phoenix, Arizona, on Wednesday, Feb. 14, 2018.

This election season, a change in USG election code allows for student government candidates to talk about their campaign during classes. With this change, USG officials hope to increase student engagement in the process. Read more here.