Student government elections ended today after a two-week campaign, with a total of 1,955 votes spread across four campuses and graduate students, the lowest voter turnout in the past eight years. 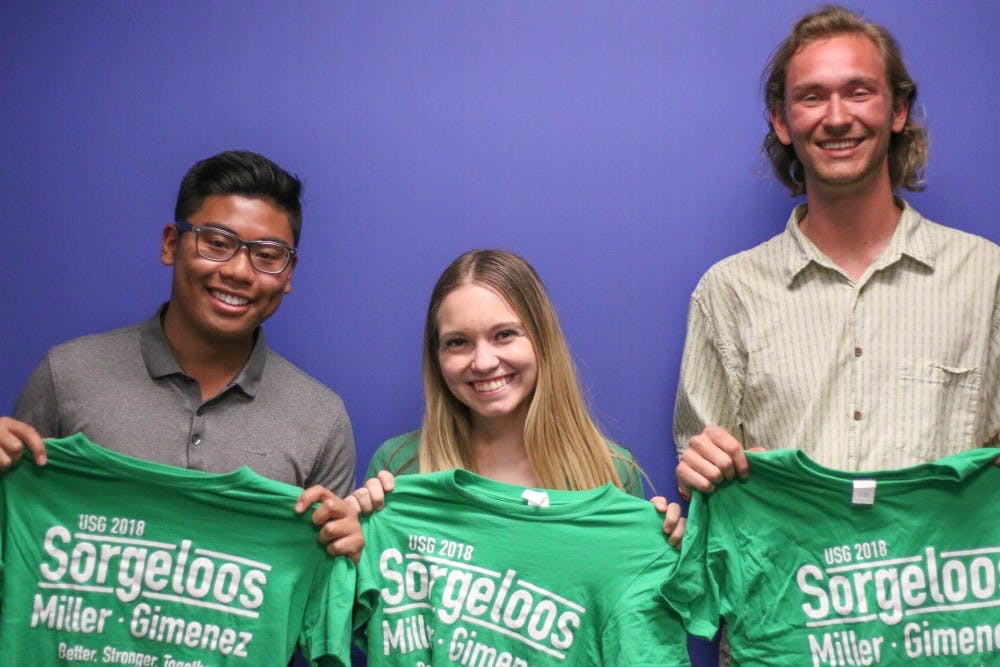 The Undergraduate Student Government Tempe executive ticket with Allison Sorgeloos, Logan Miller and John Gimenez ran unopposed, with a campaign slogan that read, "Better. Stronger. Together." They finished the campaign with a total of 446 votes.

Like nearly all of the student government executive candidates this year, the Sorgeloos ticket campaigned on the importance of student engagement and transparency. John Gimenez, the vice president of policy-elect, said their mission for their term is to connect with students.

"The fact that we are running unopposed now makes it a mandate to get students engaged within student government," Gimenez said in a Q&A with The State Press.

The Sorgeloos ticket said their diversity and different life experiences will lead the members down the path of success for the next year. 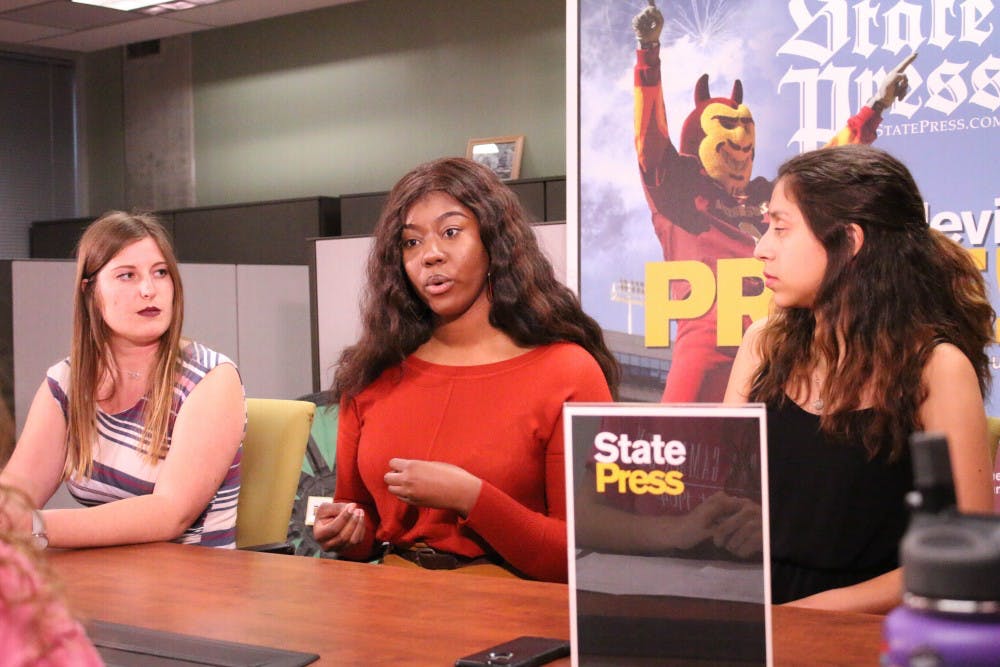 From tabling in Taylor Mall to putting up posters, the ticket spread its message of "Involve. Advocate. Collaborate." Their mission for the upcoming year is to provide more services for downtown students and work on diversity initiatives with other student groups.

Aly Perkins, the newly elected USGD president, said the ticket went into the elections with the realization that voter turnout will be low, but did their best to really engage students in the campaign.

"I thought that we weren't going to get as much voter turnout as much as most years because we only had three people running for senate positions when we had 12 seats," Perkins said. "The executive ticket — although they tried — cannot generate as much student attention by themselves. We worked really hard on our end to get people engaged." 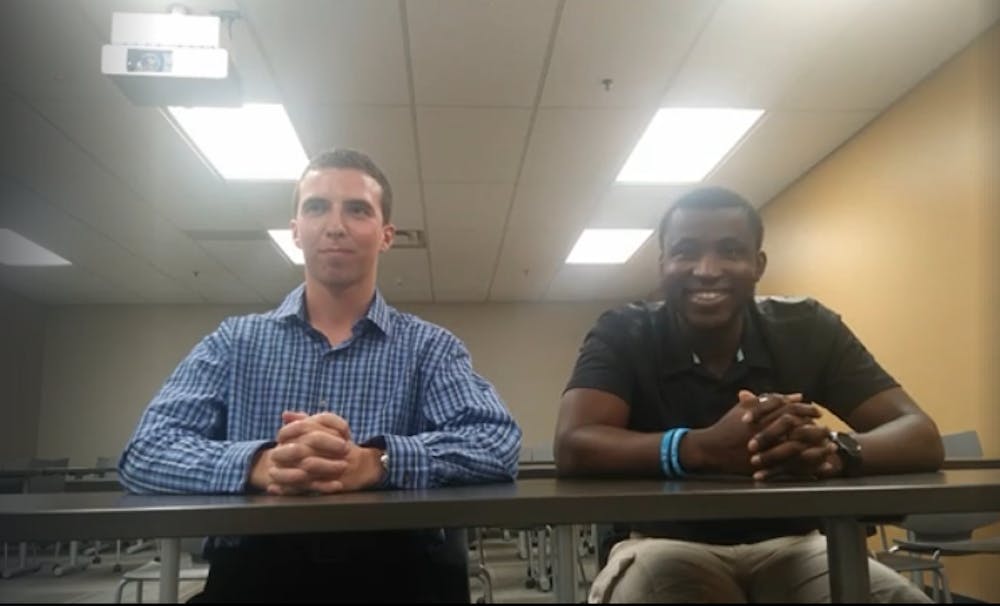 Daniel Pasco and Aki Olambiwonnu participate in a live Q&A with The State Press on March 22, 2018.

USG Polytechnic had two executive tickets: one with Daniel Pasco, Aki Olambiwonnu and Robert Roxy, and the other with Dosa Abbasher, Mikayla Castillo and Kyle Hohmann. The Pasco ticket won the election with 239 votes while the Abbasher ticket lost with 124 votes. USGP ended the 2017 elections with 129 total votes, which increased to a total of 363 votes this year, a 181 percent increase.

Both tickets stressed the importance of diversity and student engagement. Daniel Pasco, the newly elected USGP president, said he wants to address student fees and being transparent with students about the use of the fees during his term.

"We want to make sure that we have some very thorough and comprehensive conversations about all different student fees," Pasco said in a Q&A with The State Press. 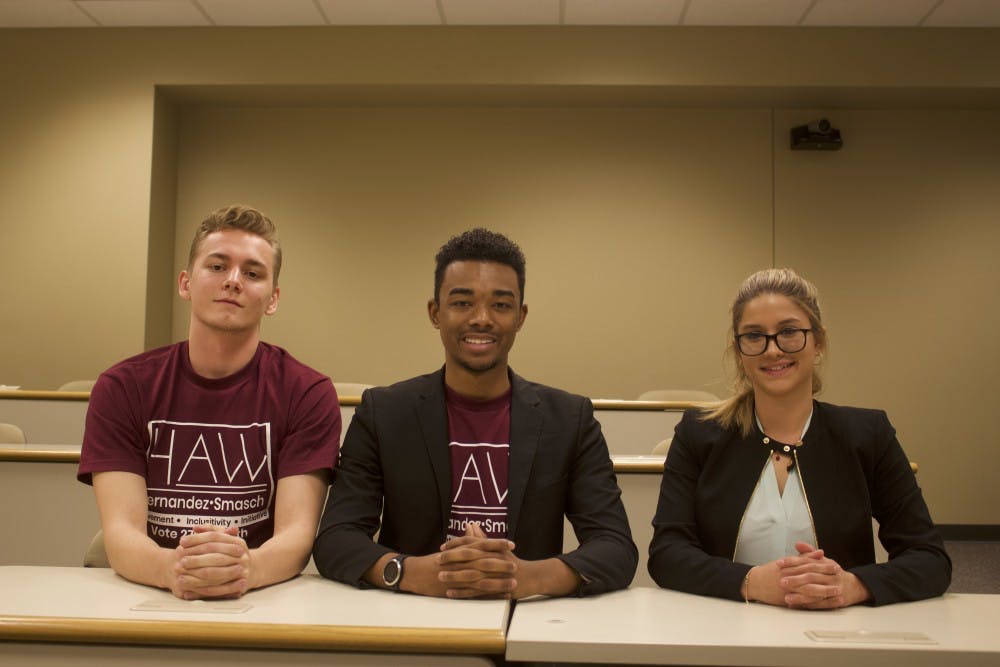 USG West also had two opposing tickets. The first comprised of Alexander Haw, Melany Hernandez and James Benado Smasch, while the second contained LeiLani Viscaina, Noah Hawks and Jake Ormond. The Viscaina ticket ended with 168 votes, while the Haw ticket won the election with 173 votes. This was total of 341 votes, which was an increase of 34 votes from last year, an 11 percent increase.

Both tickets stressed the importance of bringing awareness to student services. Alexander Haw, the USGW president-elect, said his administration would like to focus on bringing students into more campus conversations and increasing student turnout to all events.

"So, we suggest using some sort of social media application that students want to use to increase student turnout and engagement," Haw said in a Q&A with The State Press. 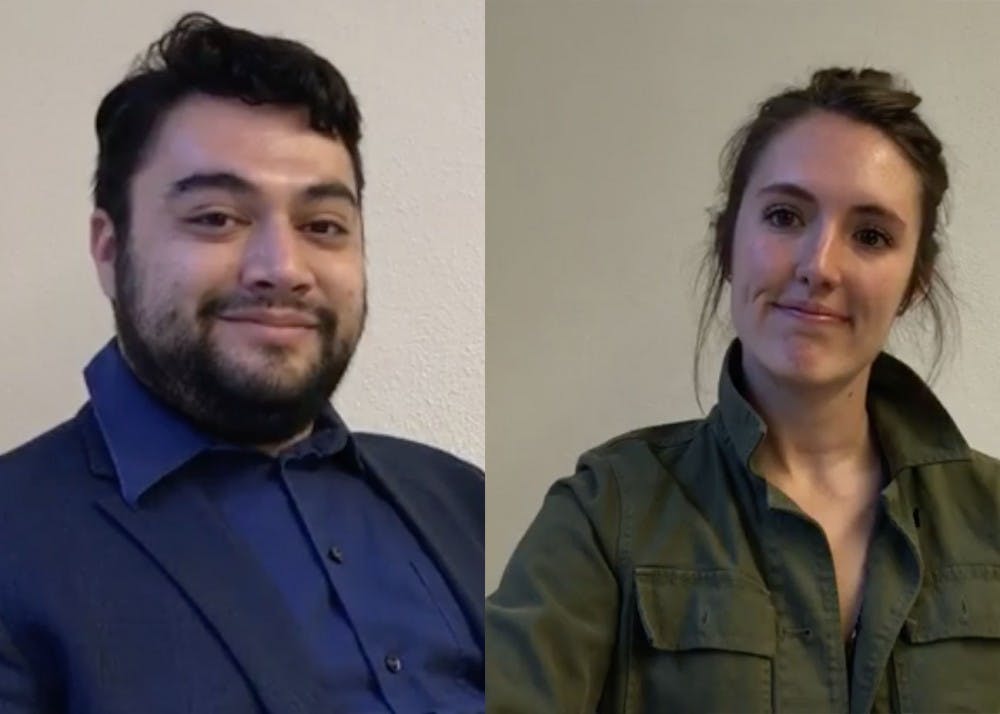 Rio de Leon, an urban planning graduate student, and Michelle Sullivan Govani, a biology Ph.D student, who are both running for GPSA president talk during a Q&A session in Tempe, Arizona, on Monday, March 26, 2018.

The race for GPSA president was contested by Michelle Sullivan Govani and Rio de Leon. Govani won the election with a total of 503 votes while de Leon ended with 149 votes. GPSA saw an increase in voter turnout from last by around 13 percent. Both tickets stressed the importance of incorporating graduate students into campus conversations.

Govani said she would like to focus being transparent in presenting the fees graduate students pay, and improving overall transparency in student government.

"I’m spending my time on a legislative fix," Govani said in a Q&A with The State Press. "If we don’t have it in the legislation, then new presidents coming in can do whatever they want."