The ASU women’s basketball season might have ended in the Round of 32, but the team has the ability to dominate the conference next season with veteran leadership and a healthy roster.

The Sun Devils have successfully reached five straight 20-win seasons and won an NCAA Tournament game without their third leading scorer, junior guard Sabrina Haines, who didn't lose a year of eligibility due to her injury.

Big Thank You to our team, staff, and our #SunDevilNation for a fun and memorable season!! "#Hungry4More

Head coach Charli Turner Thorne talked about what she wants to see from her team over the summer for the upcoming season.

“Now we are back to our full roster,” Turner Thorne said. “We expect to compete for the Pac-12 Championship, and we expect to be an elite team.”

The Sun Devils finished sixth in the conference, but they proved critics wrong and reached the semifinals of the Pac-12 Tournament and made it to the Big Dance.

The Sun Devils were overlooked as they entered the 2017-18 season with a young roster. The team consisted of no senior leadership, and it had to find a way to fill the shoes of the four seniors (Sophie Brunner, Quinn Dornstauder, Kelsey Moos and Sara Hattis) who graduated from the program.

“Our standards are pretty consistent every year,” Turner Thorne said. “We knew that this past year would be maybe a transition year with the youthfulness and the small roster, but wow, what a great transition year.”

For the upcoming season, a healthy roster and the addition of three freshmen can put the Sun Devils over the hump and turn them into a dangerous team.

“I think it's going to be to be a collective maturation (first of all) of the returners,” Turner Thorne said. "But it's also going to be an influx of very talented, hungry young players. The combination of that is very exciting.”

The 2018 roster will feature four seniors (Sophia Elenga, Courtney Ekmark, Charnea Johnson-Chapman and Kianna Ibis) and will add three freshman to the team.

Freshmen guards Taya Hanson and Jamie Loera can learn and develop under the likes of upperclassmen Reili Richardson, Kiara Russell, Robbi Ryan and Haines. For freshman forward Jayde Van Hyfte, she will be put under the wings of Ibis and Johnson-Chapman.

“I absolutely think we will be going small in games and situations,” Turner Thorne said. “We are going to put the best five on the floor. We are going to have good competition for that.”

Turner Thorne believes the Pac-12 conference is the best conference no matter what the RPI or other categories say.

“Depth wise, we are the best conference in the country,” Turner Thorne said. “One through 12, there is not a conference that is as good as ours. Give us the one seed and see what happens.”

The Pac-12 conference sent six teams to the 2018 NCAA Tournament, which ranked the conference third as the ACC (8), SEC and Big Ten (7) sent more teams.

Turner Thorne said that the conference is unbelievably good and the Sun Devils want to be at the top.

“That’s our expectation and what we train for, prepare for and what we expect out of ourselves every year to be competing for that.” 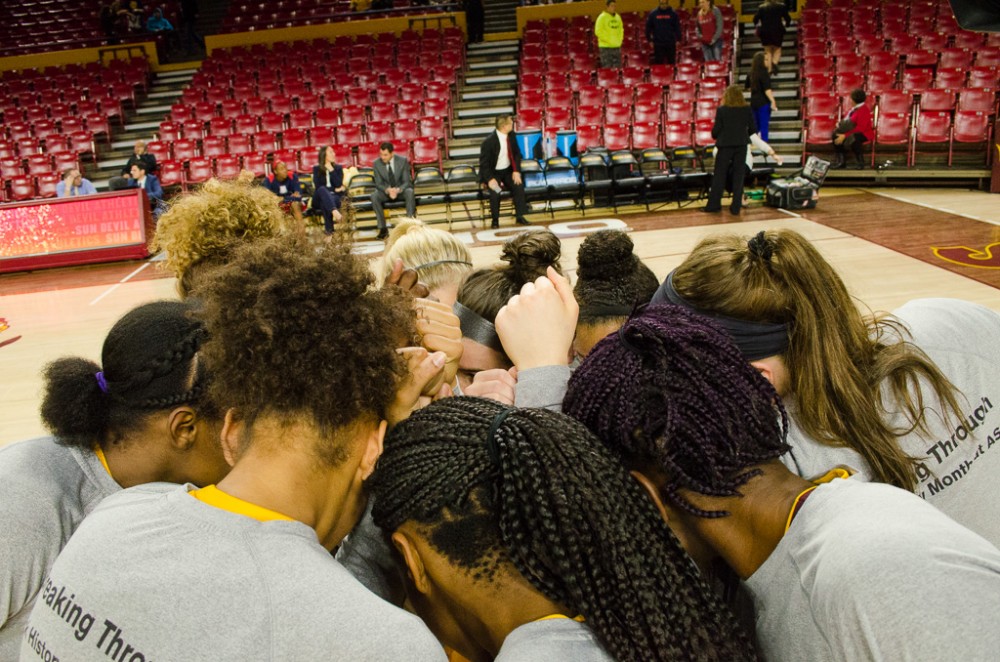