Throughout ASU's campuses, there are displays of art dispersed in student workplaces, libraries and of course, the ASU Art Museum. Before the spring semester is over, there are a few that you don't want to miss.

The Polytechnic campus is full of technological studies and engineering wizards. But even in a place with advanced scientific applications, there is art to be appreciated.

The art of Jeremy Yocum is currently on display in the Academic Center of the Polytechnic campus until Sunday, April 29. Those studying in the library are treated to the captivating color splash of pop-culture inspired art.

When given the opportunity to display his work in the Academic Center, Yocum decided to re-purpose his older works by using mono silkscreen, a complicated procedure wherein the artist paints an image on a screen in less than 15 minutes and pulls the image through to press it on paper.

“(The images) are very spontaneous and quick, so you kind of just let things happen,” Yocum says.

The intensely hued portraits on display are a result of Yocum’s self-challenge to “paint a portrait as quickly as possible.” All of the pieces took less than 45 minutes to paint.

Yocum is not afraid of absurdity or being eccentric. In fact, these elements combine to inspire his work.

“Most of my inspiration is a little bit of satire or humor and Saturday morning cartoons,” Yocum said. “It can be fun and poppy because it’s for me.”

Although Yocum’s out-of-the-box work is for his own enjoyment, ASU students can enjoy a first-hand encounter of the liveliness of his work.

“It’s supposed to be fun, light-hearted and colorful, and I hope that it strikes a chord," Yocum said. “I hope it means something to someone.” 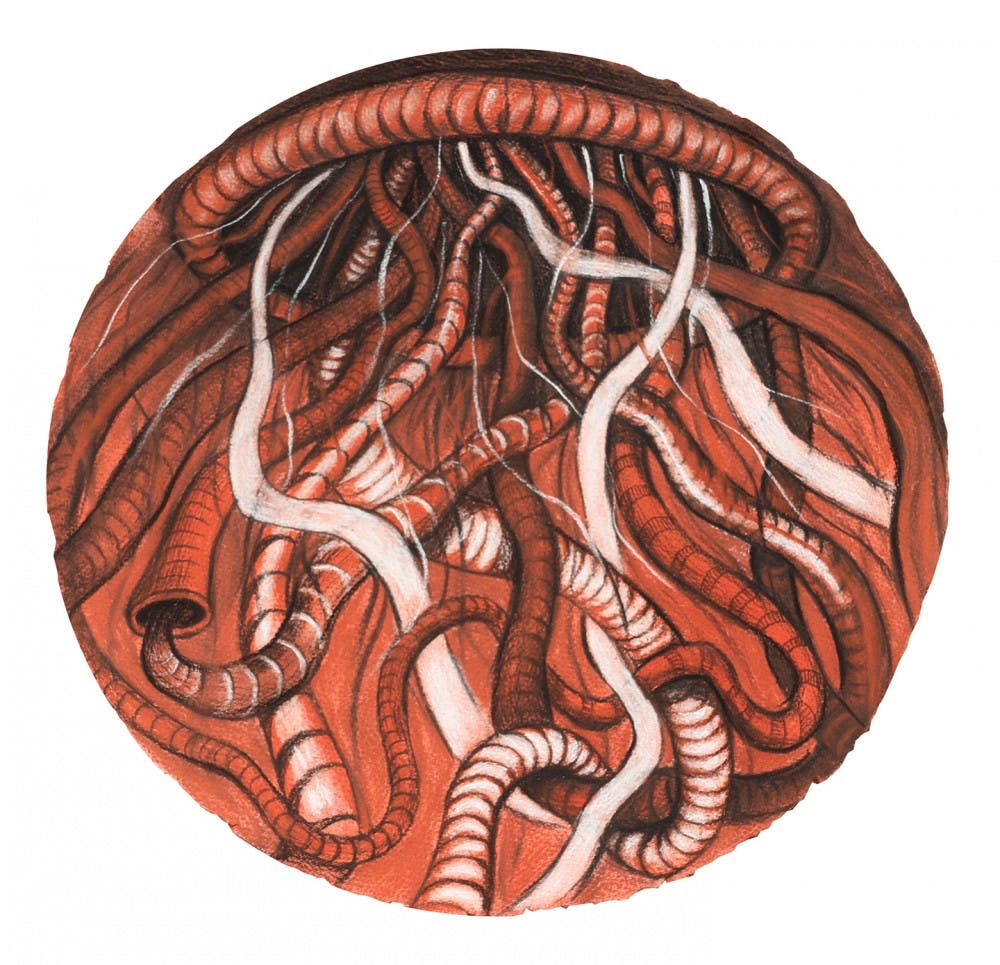 As students hover over books and laptops in the basement of ASU’s Downtown Phoenix library, extraordinary pieces of art loom over them.

At the Downtown Phoenix campus, the Vault Gallery in the basement of the University Center currently features the engrossing work of artist Swapna Das. The pieces will be on display until Sunday, May 18.

Das’s gallery, titled “Ten Worlds,” is a depiction of her own practice of Buddhism, including the ten states that “every human being experiences every day, every single moment of their lives.”

The gallery includes both rectangular and circular pieces drawn in charcoal. The works display dark, striking faces and chord-like structures coiled around each other to represent the inherent chaos of human emotion.

In her gallery, Das only uses gray-scale and sanguine colors — not only to produce a specific emotion, but also to specify the intent of her work.

“Using a monochromatic medium like charcoal drawing offers spectators room for interpretation,” Das’s artist proposal statement says. “Whereas a wide spectrum of colors in painting can either limit or prejudice their emotions."

The circular drawings featured in the gallery offer a personal and poignant look into Das’s depiction of her own emotions.

According to Das’s artist statement, the circular-shaped drawings are “the representation of collective emotions of distress and vulnerability.”

Das relates her art to the human experience as it whirls and contorts with unpredictable lines and shapes.

“Sometimes we know what’s going on, and I see that my life is going really smooth,” Das said. “But sometimes it’s all entangled with each other and going out of control. It represents my internal battle that I’m trying to figure out.”

Das said she hopes her artwork will solidify a message of creativity and growth.

Her artist statement says, “I believe through my charcoal drawings, the audience can experience the freedom of the limited palate, which will provide a platform to appreciate the connection between art and human development.” 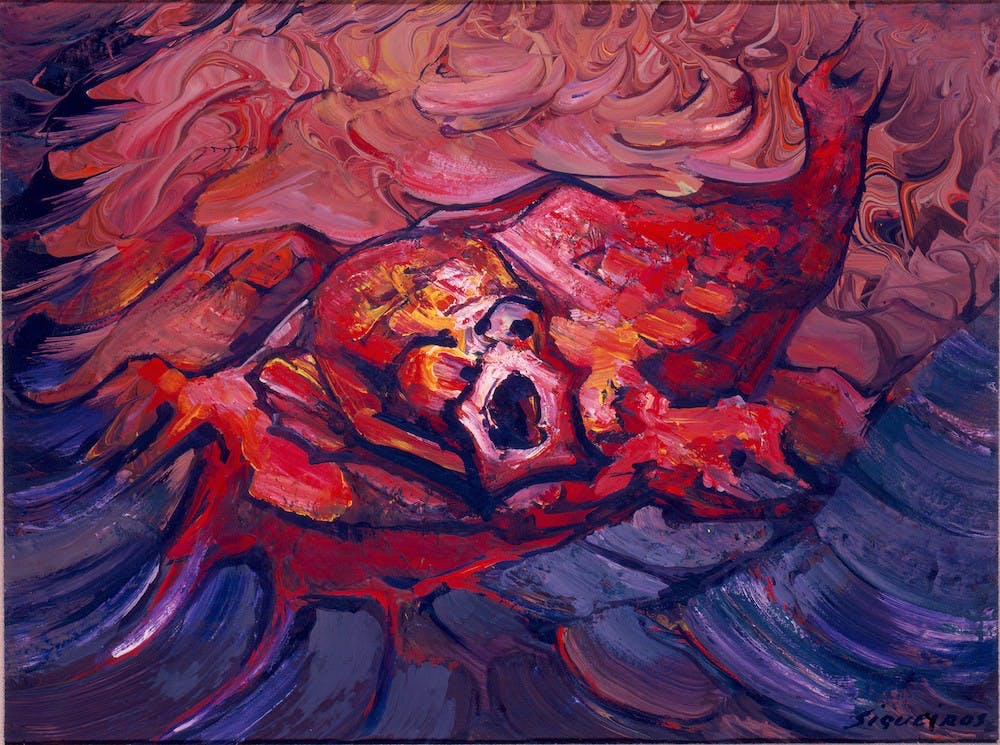 Pulling from its collection of more than 5,000 pieces, the ASU Art Museum is currently displaying works from esteemed Mexican artists, such as Diego Rivera and Leopoldo Méndez.

The artwork, on display until July 14, showcases Mexico’s artistic history in both prints and paintings.

“The ASU Art Museum has been collecting Mexican art since it opened in the 1950s, and we wanted to create an exhibition celebrating the extensive collection we have,” said Meghan Smiley, the exhibit’s co-curator and art history graduate. “The prints shown all build off of each other in technique and theme.”

The images displayed were hand-picked to recreate the tension of the Mexican Revolution during the early 20th century, as well as “the pre-colonial past and indigenous spirit that helped mold the modern ideals and practices of the time,” according to Smiley.

Although there are reoccurring images displaying the ordinary, there are also “political images that take an honest look at what was occurring during that time period,” Smiley said.

The exhibit brings the emotions of its past setting with it, allowing the viewer to appreciate the rich culture of such a complex time in Mexican history.

“It offers great insight into an extremely transformative time, but it also allows for reflection into the effects of change and overcoming obstacles,” Smiley said. “There is the opportunity to experience art from the museum's collection that hasn't been on view in a long time.”