I traveled around southern France, including Avignon and Nîmes

On April 7, a group of nine girls including myself and two chaperones got on a train at 7 a.m. from Lyon to Avignon, France. It was the first day of our Provence and Avignon Tour through our study abroad program, University Studies Abroad Consortium. It was also the first day of our spring break.

We reached Avignon around 9 a.m. and immediately went to Le Palais des Papes, or the palace of the pope. Most people don’t realize that the pope lived in Avignon for most of the 1300s. 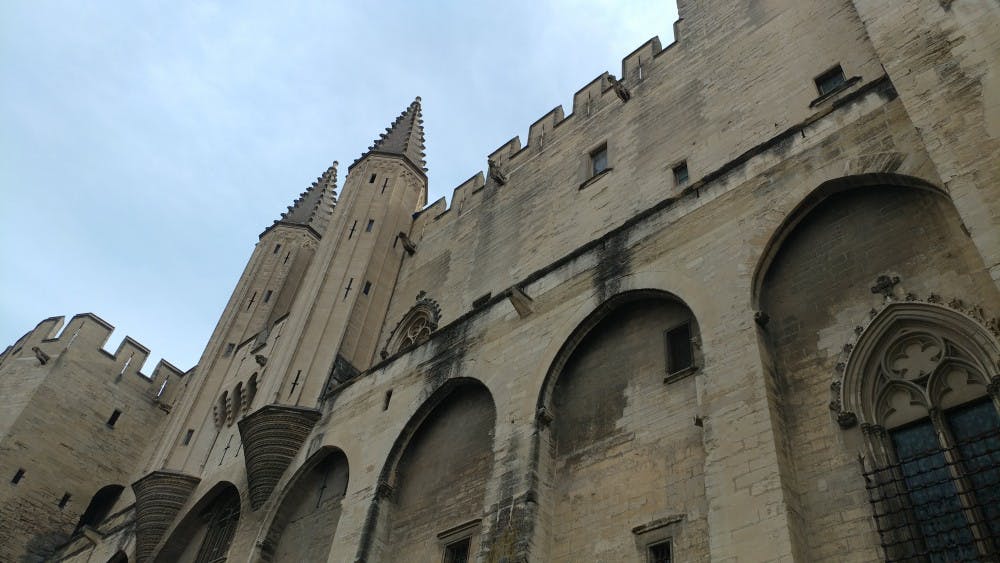 We saw Le Palais des Papes on April 7 in the city of Avignon, France.

We walked around the palace and its gardens and eventually ended up at Le Pont d’Avignon, or the bridge of Avignon.

The legend of Saint Bénézet and the bridge is that in 1177 during an eclipse, an angel told a shepherd boy named Bénézet to build a bridge over the Rhône river in Avignon. When people tried to stop him from building the bridge, he lifted a large stone over his head and placed it at the start of the bridge. 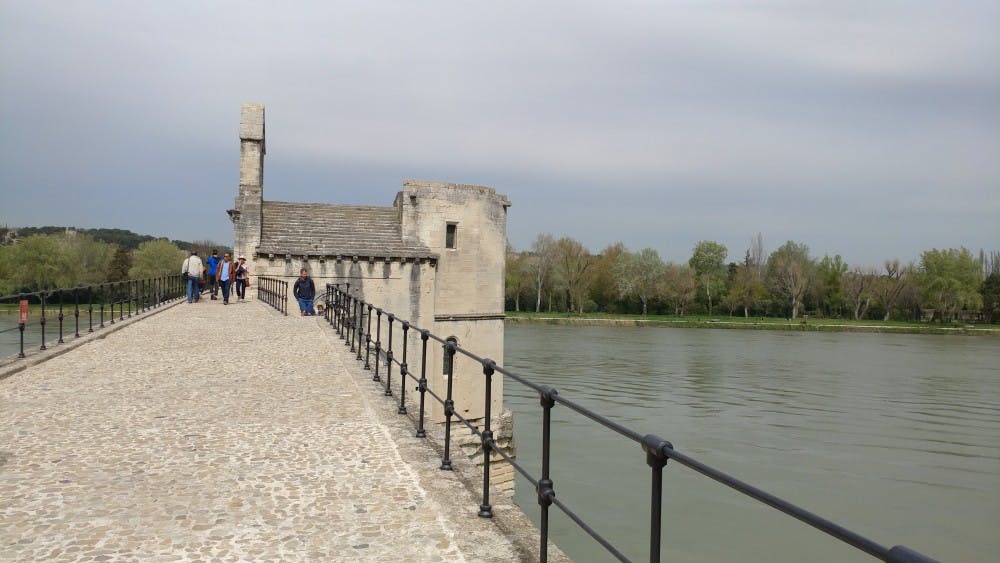 Alexa Buechler
La Pont d'Avignon stretches into the Rhône and is dedicated to Saint Bénézet. We saw it on our first day of the trip on April 7.

We travelled to the village of Roussillon and hiked through the ochre (shown below). It looked so much like the red rocks of Sedona – I was astonished. 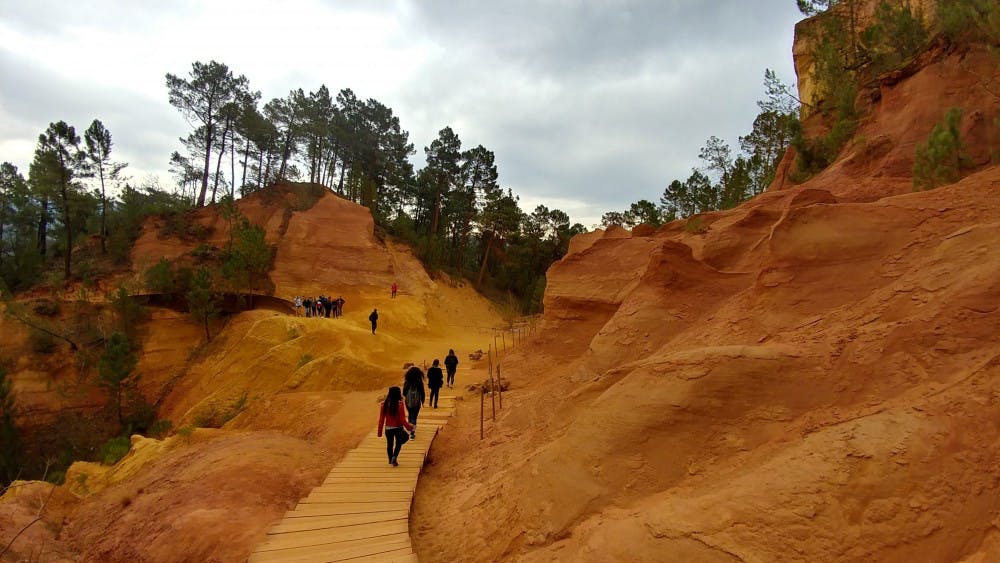 On April 8, we went for a hike near the village of Roussillon.

Then we went to Le Château du Bois, which is a lavender farm. I was confused at first regarding why the French needed so much lavender. But apparently the French harvest it for its natural oil because it has soothing effects for headaches and tight muscles.

On Monday, we went to the Mediterranean Sea. First, we visited Saintes Maries de la Mer. The church there honors the three women who discovered that Jesus was no longer in his tomb. Apparently, these three women, made into saints, washed up on the shore of this village.

Each year, people will go on a pilgrimage to wash the statue of Saint Mary that rests inside the church. 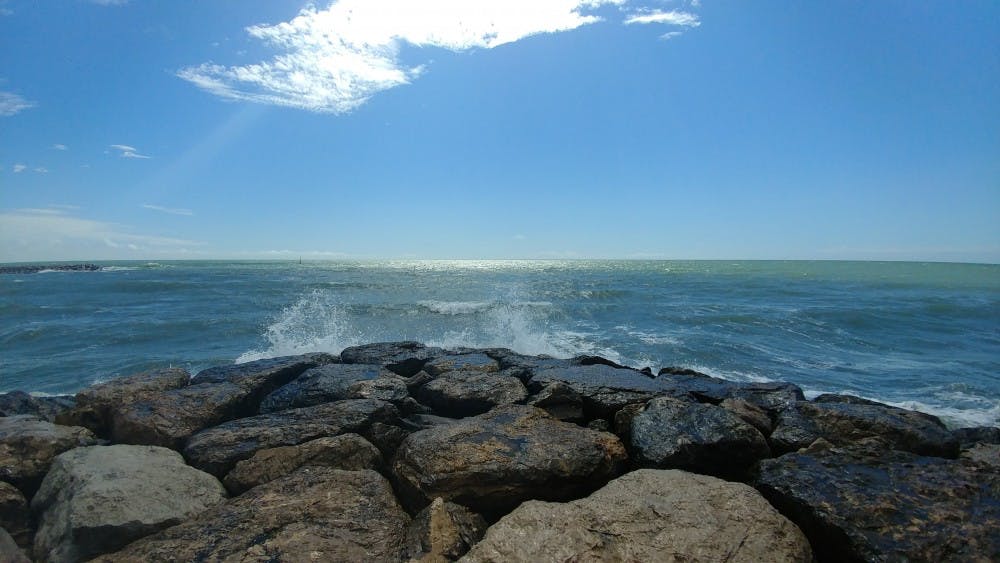 Alexa Buechler
On April 9, we went to Saintes Maries de la Mer, which is on the Mediterranean Sea.

Then, we went to Aigues Mortes, which translates to dead water. The town still has complete medieval walls surrounding it. The town hasn’t expanded at all either. Inside, it’s bustling with cafés and tiny storefronts, but outside of the walls, is just water and plants. 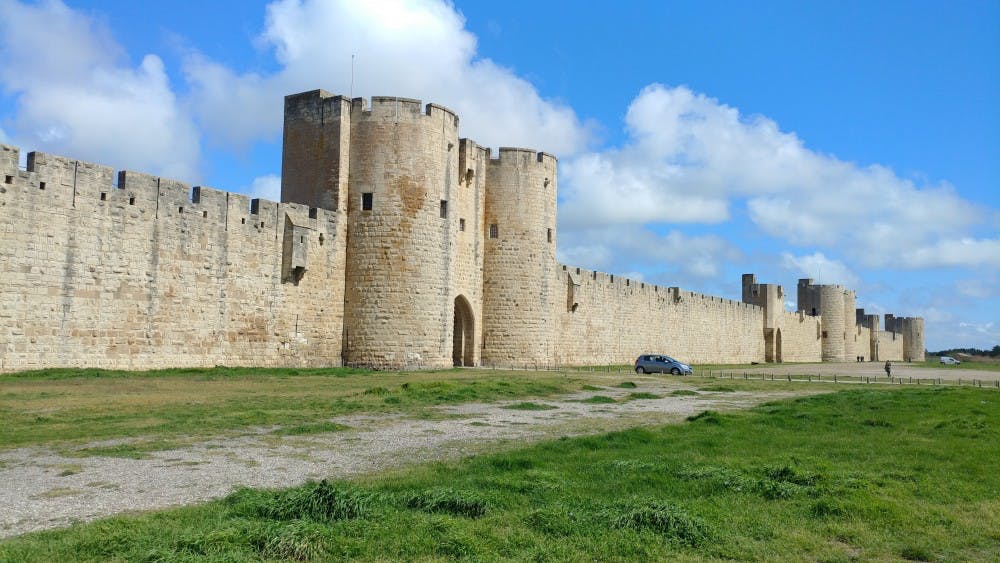 We wandered around Aigues Mortes on April 9.

The Pont Du Gard was by far my favorite. It’s an aqueduct built by the Ancient Romans in the first century. It’s an architectural phenomenon because it allowed the water to flow to the French city of Nîmes. And it still stands proudly today. 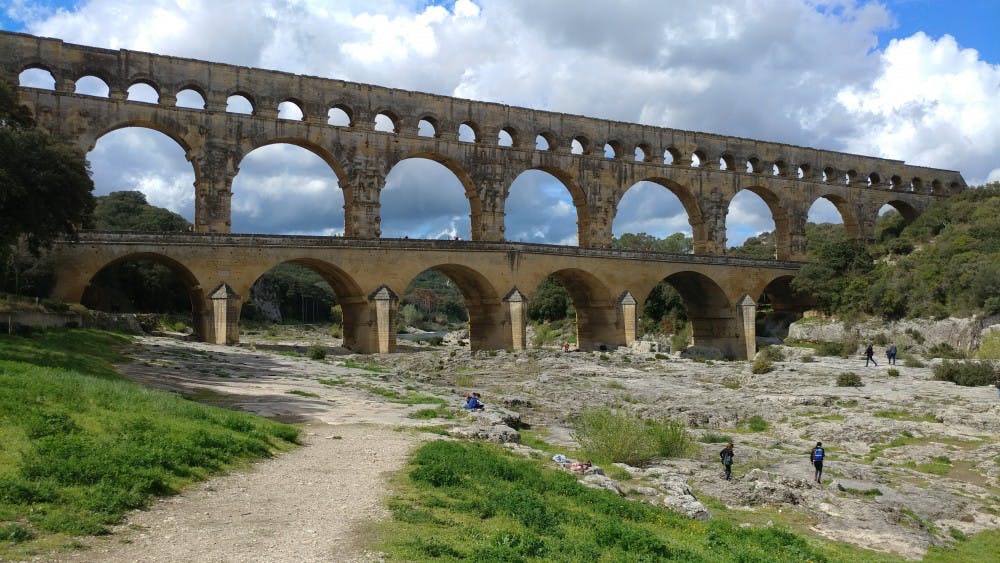 Alexa Buechler
The Pont du Gard is a famous Roman aqueduct that we saw on April 10 on our way to the city of Nîmes.

Then we went to the city of Nîmes. It used to be “France’s Rome” because it was one of the first cities in France to be built like a Rome city. The entire town is dedicated to Rome’s feats. There’s a functioning Roman arena where they used to have gladiator fights and a statue of a crocodile in chains to signify Rome’s successful conquest over Egypt. 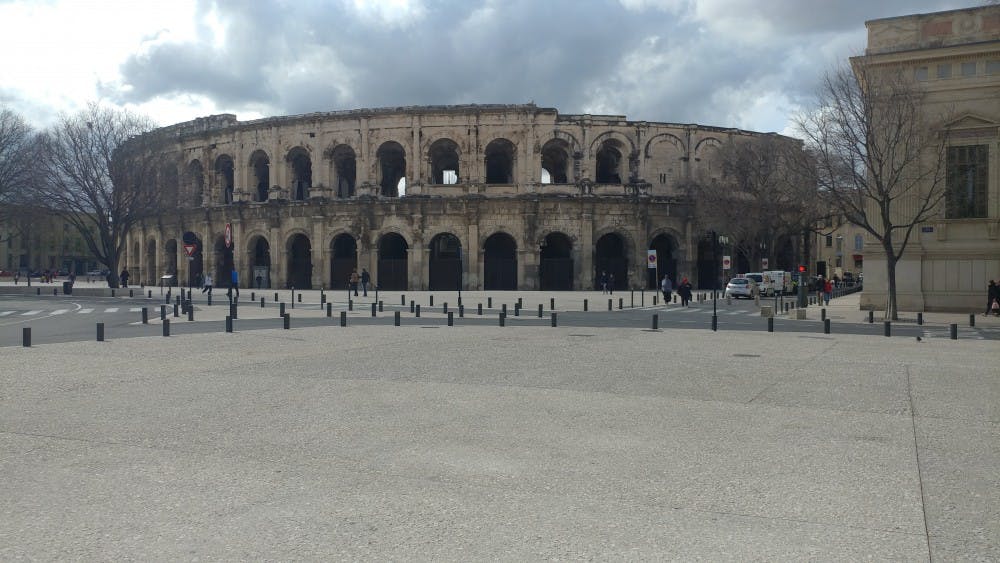 In Nîmes on April 10, we saw a Roman arena that was used for gladiator fights when Nîmes was considered "France's Rome." It's still used today.

We continued our tour around Nîmes. We saw La Maison Carré, which is one of the best preserved Roman temples.

Then, after five long days, we exhaustedly made our way back to Lyon via train.