My experience at ASU as a migrant student

One of the easiest ways to connect with new people, for me, is through identifying common themes between our backgrounds. Throughout my time at ASU, however, I have struggled to connect with other people through the retellings of our upbringings.

As a lesbian first-generation Mexican migrant student, I joke that I am the Costco-bundle pack of minorities. Which has made explaining my migrant background to strangers complicated because it goes against the typical family dynamic.

I am a first-generation migrant student, whose family immigrated from Mexico in the early 2000s. My father lived separately from my family and I for eight months out of the year to work the lettuce fields in Salinas, California while we lived in Yuma. During summers and select other times, we lived in Salinas together.

Like many young migrants, including those at ASU, I was not expected to attend a university. This is mostly due to the lack of presence of higher-education in our daily lives.

Our parents work in the fields, our families are immigrants, and we are responsible for surviving in a new country. Higher education is not prioritized because of the lack of exposure in the migrant community.

According to CAMP program director, Seline Szkupinski-Quiroga, in an ASU Now article, “Even though Arizona has the eighth-largest population of migrant students in the U.S., only about 20 percent make it to college."

I was lucky to be in that 20 percent.

Coming to ASU was a culture shock that I could not have previously imagined. It was my first time in a place where some had never heard of a migrant student.

I was no longer surrounded by a large presence of other students who had parents who worked in the fields and had to support family back in Mexico.

Compared to me, many of the people I met had a stable family life.

Almost all my new friends had similar backgrounds. They regularly saw both of their parents. They were expected to attend a four-year institution. And the population of migrant students at ASU, and across the country, is also affected by this culture shock — especially in the decision process following high school.

Community college is the foremost route for many migrant students following high school if they don't go straight into the work force. There is little regard for what career they want to have beyond a normal job. In addition, per cultural expectations, there is an emphasis in finding a spouse and starting a family.

These cultural and social implications that come with my Hispanic migrant background have caused incessant shaming from my uncle regarding my career path choice, and the reaction from other family members was not much different.

Unlike many families, my parents never congratulated me when I received my college acceptance letters. Family members criticized my decision to double major in political science and public policy. But I don't hold a grudge toward their criticism or lack of enthusiasm.

This goes back to the lack of exposure and knowledge of higher education within the Hispanic migrant community. I haven’t graduated yet, so my family is not able to properly judge whether or not higher education was worth the monetary and personal costs.

Additionally, being the only one in my family who has left to attend a university, there is no other education success scale to refer to.

The aforementioned is a common expectation for the majority of the friends I have made at ASU.

I was actually shocked when I found out that my freshman year roommate's mom helped her apply for college, FAFSA and other logistical matters. As minuscule as they sound, these are permanent decisions in our higher education career.

I, alongside many other first-generation and migrant students at ASU, had to make these decisions without any assistance from my parents or anyone else — this was the norm.

My first semester at ASU forced me to re-analyze how I identify and made me come to terms with things I wasn’t fully aware of before. This was heightened during the 2016 election, and being at ASU during the time made me feel even more isolated than I had already been feeling.

The night of the 2016 election, I was sitting in my dorm room after coming back from the Arizona Democrats election party realizing, not everyone had their identities as politicized and attacked as I had.

On social media, I had people message me saying that they hoped my family and I got deported – I’m a citizen.

Fast-forward to my junior year and not a lot has changed with my family, but after taking different internships and getting the chance to live and work in Washington, D.C. for two summers, I think they’re expecting a lot more from me now than they originally had.

I was forced to grow up faster than my peers, but it really has benefited me in the long-run, especially when it comes to problem-solving.

Failure? After all the sacrifices my parents have made to come to this country and endure a career of working in the fields after leaving behind our previous life in Mexico? Not an option.

Working hard toward my career goals was the only option.

However, my first few years at ASU could have been different had there been representation for the population of students with Hispanic migrant backgrounds.

I still feel like an outsider at ASU in regards to my migrant identity, but I no longer allow it to set me back and now use my politicized identity as empowerment to pursue my ambitions. I also work with different organizations in and outside of ASU to enhance the platform for other marginalized communities.

Despite not always having support from the people I need it from the most, I know that once I graduate, my parents and the rest of my family will be able to see the bigger picture. That, along with their sacrifices, especially immigrating to the U.S., allowed me to get an education and not have to work in the fields like them. This is something that program directors have told us migrant students.

I recognize my unfathomable privilege through my ability to pursue an education, and not immediately focusing on family, work or other confounding factors.

My parents are not able to give me much advice for college since I am mainly maneuvering this unique experience on my own, but they always tell me “no confies en nadie” or “trust no one.” That's their way of showing they care.

I am thankful for them trusting me while I’m away pursuing my goals, despite them not understanding, liking or supporting all of my college decisions. 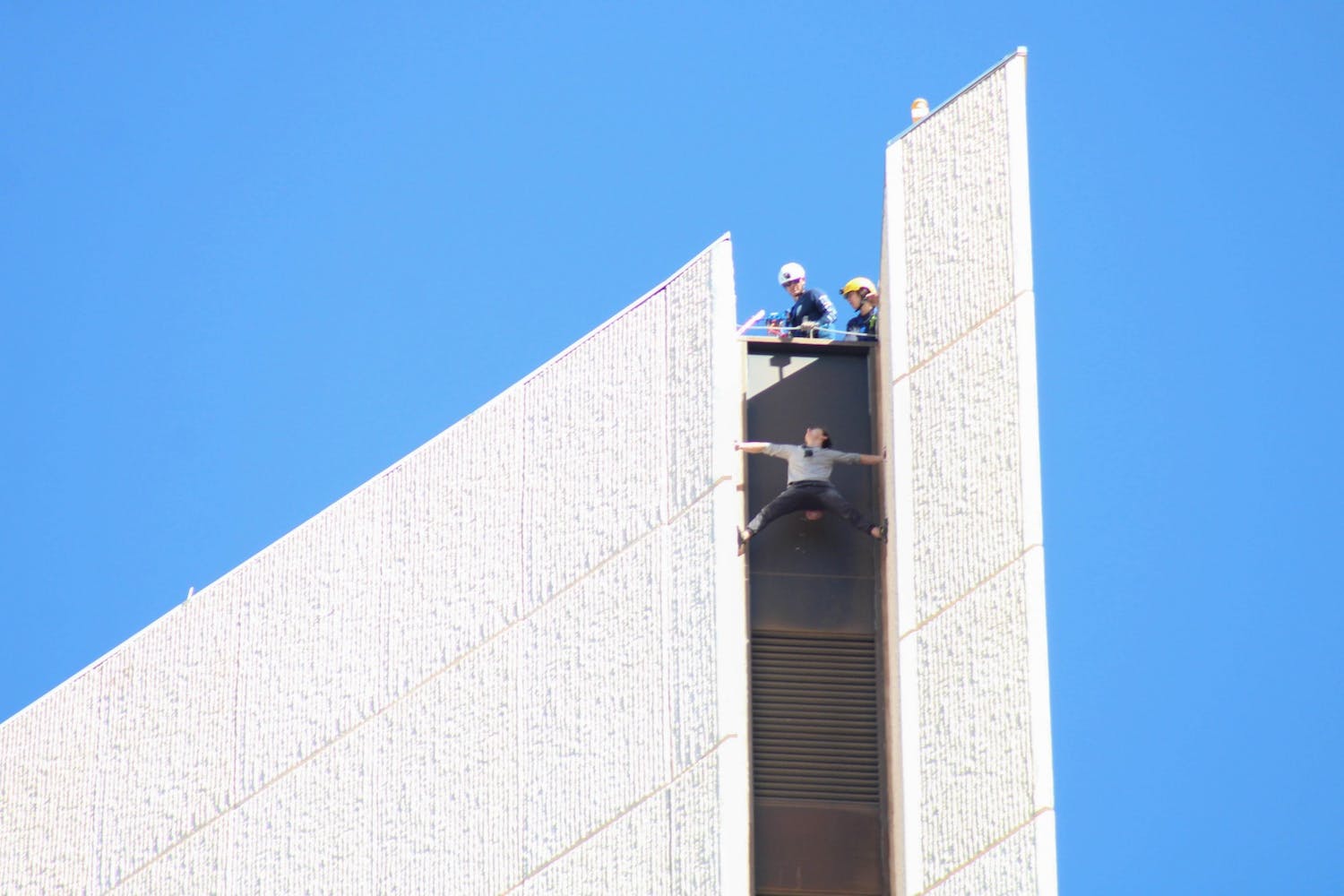