Skaters find spots on campus to continue their sport, despite facing opposition from the University

When the clock strikes 4 p.m. at ASU, the skateboarders come out to play.

Every day on ASU's Tempe campus a countdown begins. It starts at the beginning of the school day and ends at 4 p.m. — the time when walk only zone hours are no longer observed. During those times, the high-traffic areas on campus are monitored by guards whose job is to make sure all students are traveling across campus on foot.

When the walk-only zones are lifted, the sounds of wooden decks and polyurethane wheels can be heard around campus. Then, ASU's skateboarding subculture shows its face and makes ASU's Tempe campus its own personal skatepark, using structures like hand rails for grinds, flat ledges for manuals or edges of planters for tailslides.

However, it's not all fun and kickflips for these skateboarders. Student skaters often face pushback from the ASU police department, the University itself and even other students.

With an official campus-wide ban on skateboard tricks and students who claim skateboarders are a public nuisance, it would seem that the university is hostile territory. But that's the fun.

Matt Delgado, a marketing junior and regular of the Tempe campus skateboarding scene, said skating in public — and often prohibited — spots is a core aspect of the skating community.

“It’s definitely part of the culture of skateboarding," Delgado said. "It’s deeply ingrained into everything that we do. When you watch skate parts, every spot you see, you know they’re not supposed to be there; but they’re going to do it anyways because they want to."

Delgado said he understands that on-campus locations are off-limits, but it's a part of skate culture few skaters are willing to ditch.

"It's technically destruction of property," he said. "There's no way around that, but it's so ingrained in our culture that it is normal to us." 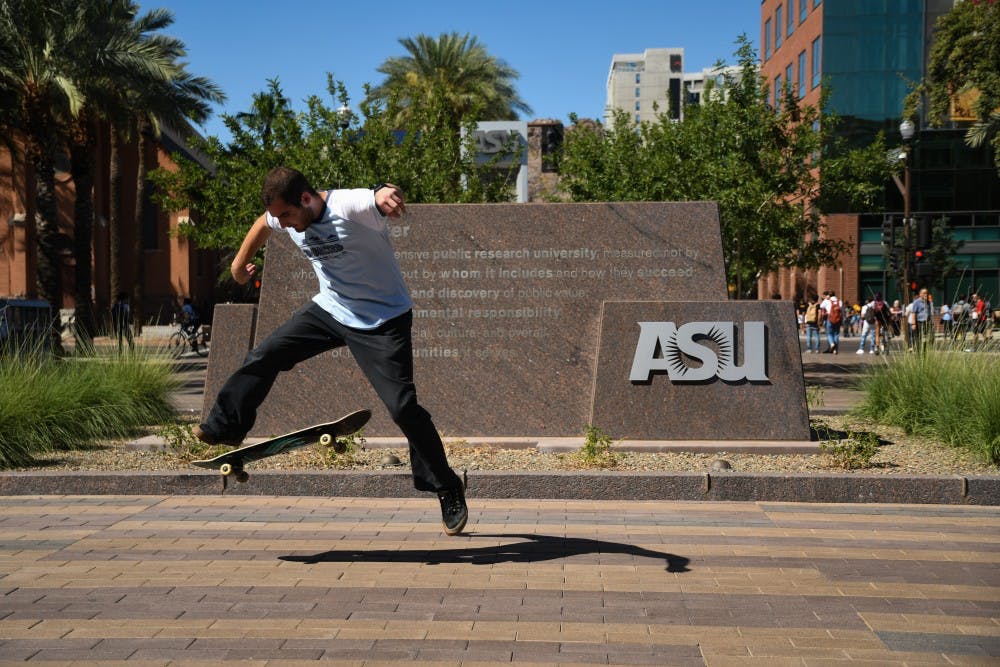 There are, of course, skateparks, where some students would rather the skaters remain. But Delgado said nothing compares to skating street.

“Skateparks are cool, but the real reason everyone wants to go skate is to be in the streets," Delgado said. "Everyone that starts skating goes ‘I want to do that, but I don’t want to do that at a skate park. If you really want to do something, you're just going to go do it."

Ruth Mora, a sophomore anthropology major and president of the Women’s Skate Club at ASU, said she doesn't think it is ever the skater's intention to be disruptive.

"I think some spots were literally meant to be skated on. Skaters just want to get that clip. They want to land that trick," Mora said. "No matter what. It's not to be a nuisance, it's more like fulfilling a personal goal."

While rebellion is a core part of skateboarding, Mora said pursuing a passion is what drives the skating community.

"I don't think that skateboarders wake up in the morning and say 'I'm going to go destroy someone's property,'" Mora said. "I just think that passion can blind you sometimes."

The ASU police department follows the rules set forth by the Tempe Campus Transportation Code, which reads: "(Bicycles, skateboards, or in-line skates) are permitted if their use is for transportation purposes. Using them to perform tricks, jumps or operate in an unsafe manner is prohibited."

The University has also renovated buildings to inhibit skateboarding.

In 2015, ASU opened a purchase order with Valley Rain Construction in order to undertake a $245,000 renovation of the Nelson Fine Arts Center, the building that houses the ASU art museum, a popular spot for skateboarders to do tricks.

Around $60,000 of those renovations, nearly a quarter of the total costs, went to adding curved rails and skate stoppers, which deter skaters.

Above, skateboarder Miles Canevello does a boardslide down the stairs located at the Nelson Fine Arts Center for the skateboarding film "A Happy Medium 3". This video was released in 2014, a year before the renovations took place. 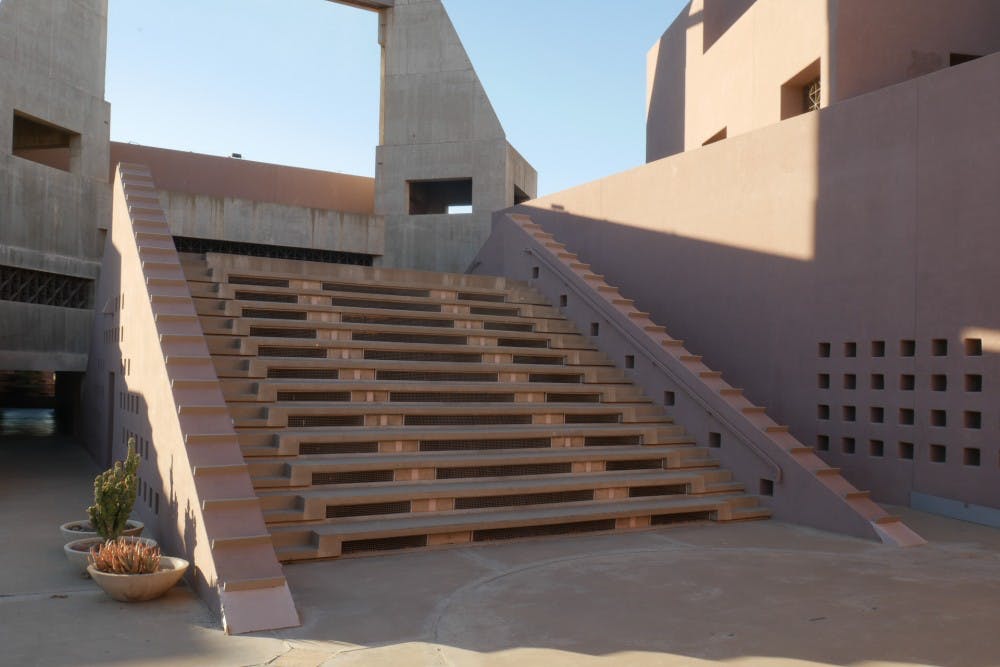 The ASU campus is littered with evidence of skateboarders utilizing spots for tricks. From walls painted in asphalt marks to handrails with the chipped paint  — here is a map of a few spots on the ASU campus that have withstood the test of skateboarding.

Ruth Mora said while ASU’s efforts to curb skateboarding by introducing walk only zones and skate stoppers on railings have discouraged some, most skaters aren’t deterred by these hurdles.

“It definitely has stopped some people from trying things on certain structures, but the thing about skateboarders is that if you try to stop them, they’re still going to do it,” Mora said. “If it does stop them, they find a new place on campus.”

While she said she thinks ASU is being fair by implementing skateboard deterrents, Mora said the efforts by the University to protect them against liabilities for injuries incurred on campus.

Delgado said that it doesn't matter how much money the University puts into deterring skateboarders, it will never have an effect.

"Stop trying to stop us – it's not going to work. Don't waste your money trying to stop us," Delgado said, referencing the renovations made on the art museum. "Put the money into something else, like scholarships."

In reference to the renovations and requirement of skate stoppers, Delgado said he believes it is a waste of time on the part of the university.

"They don't need to do that. Skateboarders will trespass and do anything for a trick. We're literally crazy," Delgado said. "I can't explain that to Michael Crow. He wouldn't get it."