Down to the wire: Arizona candidates campaign at ASU polling location

With just hours left in the contentious midterm election, candidates made their case

As record-shattering turnout led to long lines of students on ASU’s Tempe campus, a cadre of candidates stopped in for some last-minute campaigning with young voters.

In the morning and early afternoon hours of voting, Democratic candidates ranging from state offices like Superintendent for Public Instruction to Congressional candidates made their last-minute pitches to young voters.

“We feel good about today but we’re fighting for every last vote as you can see," McSally said. "The only poll that matters is when they count up the ballots tonight. We feel like we had a lot of enthusiasm, a lot of support and energy and we’ll wait to see what the voters decide." 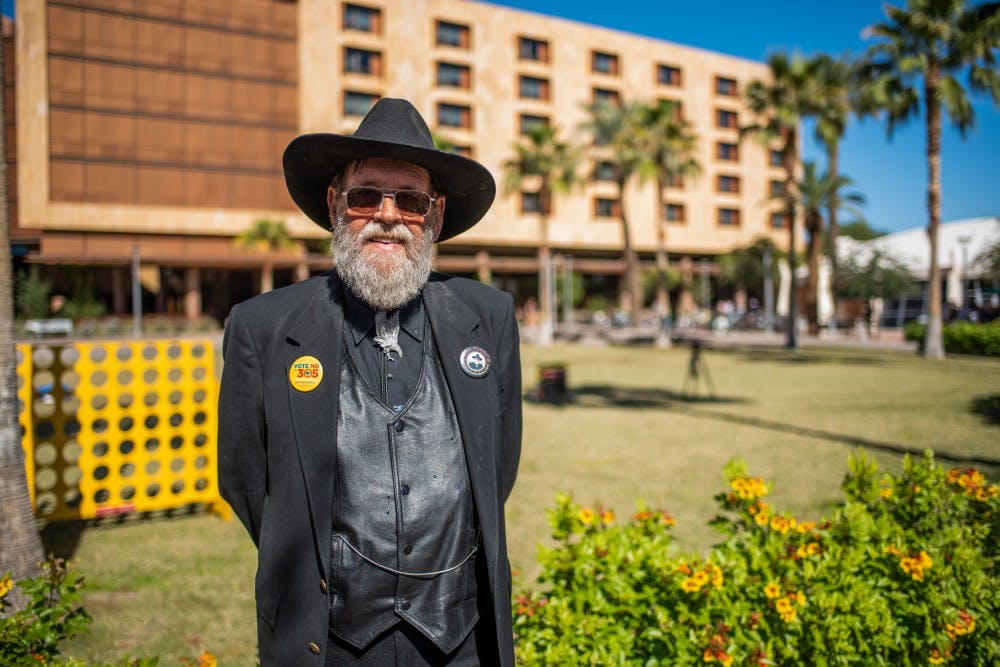 Also among the aspiring politicians was the Democratic candidate for Superintendent for Public Instruction, Kathy Hoffman.

“I’m going to introduce myself to these voters and thank them for voting,” Hoffman said. “Across the whole country, we really want to see young adults voting — I am also part of that generation where we do have low voter turnout.”

Hoffman said current trends that show older people turning out to vote more than young people are disheartening. She said that young voter turnout “is really important so the people of my generation can have their voices heard.”

“To me, that says that people in the 50 to 80-year-old range are making all the decisions for the future of our country, but really it’s our future.”

Another candidate, who garnered selfies from students up and down the crowd was the Democratic candidate for Arizona State Mine Inspector, Bill Pierce.

Pierce said that he wasn’t making stops at any other polling locations other than ASU, and that he was feeling good about his chances. He said he was inspired to come out by students who dressed up as him on Halloween.

“I saw posted on my Facebook page a lot of the students here dressed up like me for Halloween, so I had to come out and say hello,” Pierce said. “I’m hoping that the blue tsunami does come true. The most important thing too is our education – get that funded, get somebody in there that will do something for education.”

Earlier in the day, Democratic candidate for Governor David Garcia stopped by before the lines reached their peak length.

“We’re out here because we need your voice,” Garcia said. “Arizona can move in an entirely different direction if we get the voting population to look like the demographic population … we need younger voters out here at the polls, we need to hear your voice.”

@dg4az is talking with students outside the Tempe voting location for @statepress pic.twitter.com/mQWpEtxw5W

Garcia said he was excited to see the record turnout at ASU.

“We’ve said since the beginning of our campaign that we need new voters, new energy, new enthusiasm because new doesn’t vote for the same old politics," Garcia said. "You all have this state in your hands. We need voters who are going to look to the future of Arizona.”

Former Phoenix Mayor and Congressional candidate Greg Stanton made a brief appearance and said that that he was enthralled with the high turnout. 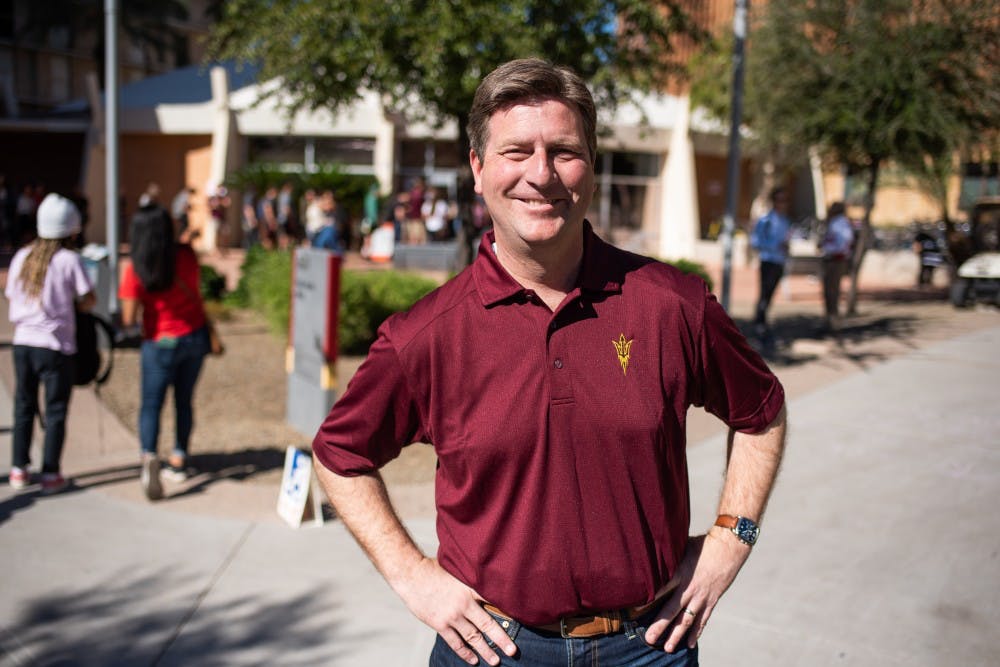 “The numbers so far among the young voters here are really doing well, and we expect this day of voting to be spectacular and full of life, and I expect young voters to really speak loudly in this election," Stanton said. "I’m excited about that.”

Stanton said the issues he campaigned on were very important to young voters.

“Congress, as it relates to the deficit or climate change, are going to impact these young people’s lives and their kids and grandkids, so it’s important that they have their voices heard," Stanton said. “We’re Americans — this is democracy — people died for this, and so the least we can do is participate in this incredible gift we’ve been given of a democracy to have your voice heard.”

Overall, candidates who visited students had a message of reform, change and enthusiasm heading into the final hours of the contentious 2018 midterm election.

Editor's note: Wissam Melhem contributed to the reporting in this article. Stay updated on ASU’s election coverage with the State Press.

This article has been updated with quotes by U.S. Senate candidate Republican Martha McSally.