The State Trend: The rise of the chunky sneaker

With the chunkiness of shoes increasing every day, it is hard to avert your eyes from the increasingly popular "dad shoe" trend.

That is because in 2018, the dad shoe trend took the streetwear and high-fashion scene by storm. It was not long before the trend trickled down from the runway onto the feet of everyday college students, and ASU was no exception.

The trend can be traced back to Aug. 12, 2017, when Kanye West and Adidas released the Yeezy 700 Boost Wave Runner, which sported a thick midsole and chunky silhouette. After their initial release, the shoes received mixed reviews. But the shoe went on to mold 2018 shoe trends, and it shaped them with a large size in mind. 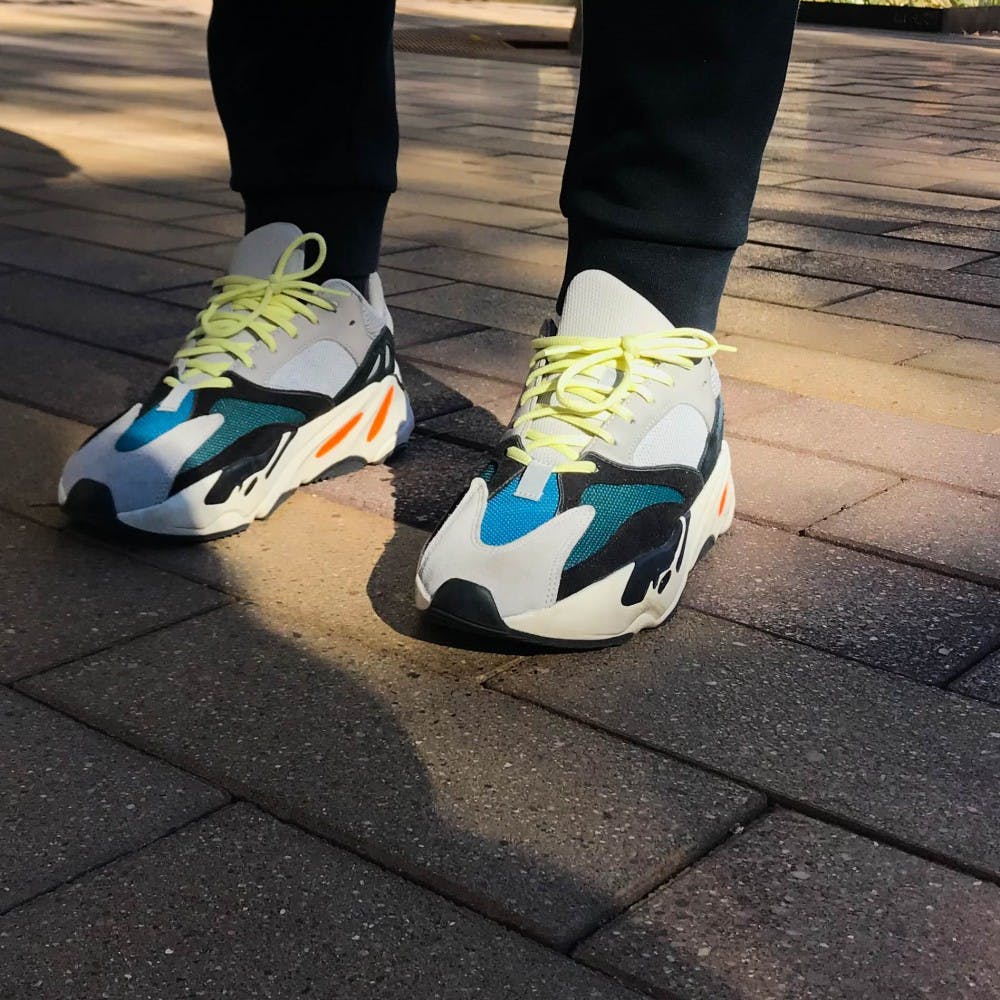 ASU junior Kutlu Cagan Senturk said the Yeezy 700 drew him in due to it's nod to old-school shoe styles.

Kutlu Cagan Senturk, a junior at ASU studying electrical engineering, said the Yeezy 700 drew him in due to its nod to old-school shoe styles.

A little over a month after the Yeezy 700 hit Kanye West's website, the quintessential dad shoe hit the market: the Balenciaga Triple S.

Demna Gvasalia took over as creative director of Balenciaga in 2016, following the departure of Alexander Wang. Gvasalia founded the avant-garde brand Vetements, and brought his experimental designs to Balenciaga.

The Triple S has become one of his most renowned works at Balenciaga.

The Triple S gets its name from the triple layered midsole of the shoe that gives it an extremely chunky appearance.

This design does not come without physical consequences, though. The shoes weigh about 4.5 pounds each, which is sure to provide great leg gains over time.

The Triple S has also received controversy, as the shoe comes pre-distressed, with marks and scuffs already on the shoe upon purchase.

The brand has been criticized for selling a near-$1000 shoe that comes designed to appear dirty. 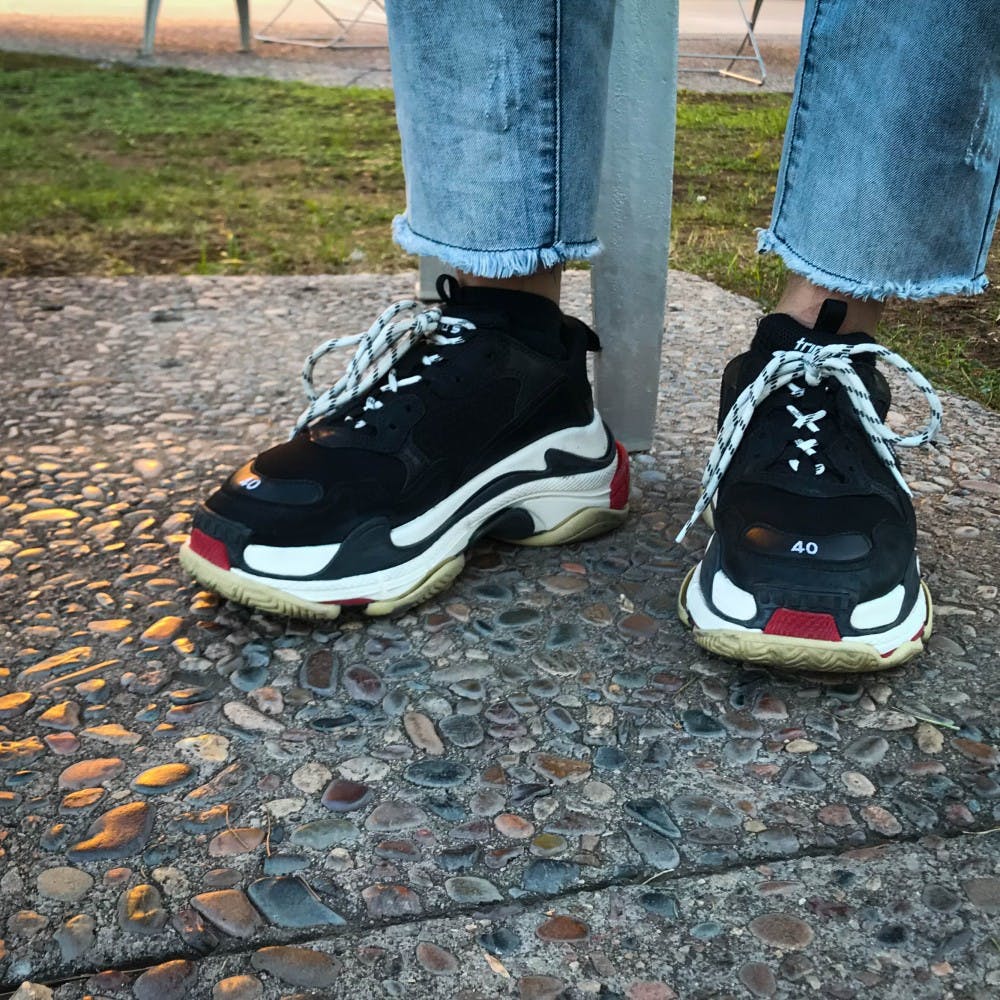 Cong Li, a sophomore studying business, said he typically wears clothing that appeals to him, not what the trends say to wear.

"I like the Balenciaga logo," Li said. "For me, I don't want to follow the trends, I just see if the brand is special to me and that can fit into my kind of style."

The Triple S price tag of $950 can certainly turn away many, along with the $300 price tag of the Yeezy 700. However, it did not take long for fast-fashion brands such as Urban Outfitters to provide a chunky shoe look for a significantly lower price.

The most commonly spotted dad shoe of 2018 and 2019 combines two different trends into one: the dad shoe, and the return of vintage sportswear brands. It might explain why the FILA Disruptor 2 is such a hit.

With a price tag of only $70, and availability at a plethora of shoe stores, the FILA Disruptor 2 is a go-to for anyone trying to accomplish the dad-shoe look. Along with its clunky design, the shoe also sports a large FILA logo – championing the longstanding history of the sportswear brand – the perfect compliment to any vintage sportswear look.

Morgan Owens, a freshman studying biomedical engineering, said that she purchased the shoes for comfort, and the trend happened to come along at the right time.

"You feel like you're on a cloud," Owens said. "There's a lot of support in them. I needed shoes that had support, and people always told me to try FILA's. It was just convenient that they became trendy."

The dad shoe trend is showing no signs of slowing down, with luxury brands such as Gucci and Louis Vuitton continuing to produce bulky shoes.

And if the "dad shoe" trend does not slow down, the competition might put oversized-shoe extraordinaire Rick Owens out of business.