Perla Martinez remembers the day the Deferred Action for Childhood Arrivals program was announced. She was eating breakfast with her family and saw the news on her television.

"I felt happy because I felt hopeful about my future, and that’s a day I’ll definitely remember," Martinez said. "It was a big breath of relief."

Martinez, a sophomore studying digital culture, is one of around 274 students at ASU with DACA status, according to a fall 2018 figure provided by an ASU spokesperson.

DACA, the program that then-President Barack Obama established in 2012, allows immigrants who came to the country illegally as children to temporarily live and work in the U.S.

But the small sense of safety that DACA provides comes at a cost. Moreover, that sense is shrinking as the administration of President Donald Trump seeks to dismantle the program.

DACA recipients pay $495 to apply for the status and then again every two years to renew it. If there are any errors, big or small, on the application, it is denied and sent back, leaving applicants to repay the fee, Martinez said. Because of that risk, some applicants seek legal assistance, which can run hundreds of dollars more.

And because ASU is a federally-funded public university, DACA students aren't eligible for scholarships, grants or federal student loans through the University.

This financial strain can compound the already stressful and complicated process for obtaining and renewing DACA status, Martinez said.

"It was actually a strain on my family last year," Martinez said of rushing to renew her DACA after President Donald Trump attempted to cancel the program. "My dad didn’t have that much money and neither did my mom … It’s hard to know whether you’re really going to be fine or not." 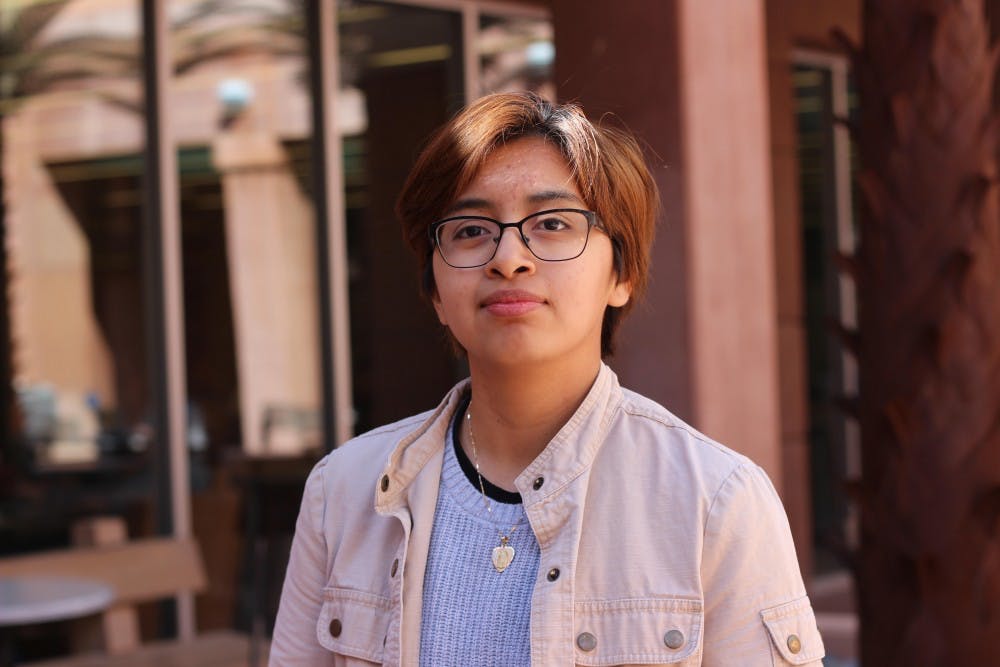 Aside from the financial cost associated with maintaining DACA status, the process itself can be challenging, said Ruben Reyes, an immigration attorney and member of the American Immigration Lawyers Association. He said that applicants must fill out additional forms if they have an attorney, if they apply for a work permit and even to receive notices by email.

There are some options to help offset the costs of going to college for DACA students. The ASU Foundation, which operates separately from the University, facilitates a privately funded scholarship called the DREAM Fund.

In March, the Associated Students of ASU Council of Presidents, El Concilio and Undocumented Students for Education Equity (USEE) hosted a fundraiser for the private We Rise scholarship, which is open to all undocumented students regardless of DACA status.

Denis Alvarez, a sophomore studying secondary education with a focus in biological sciences and the advocacy director of USEE, spoke at the fundraiser. USEE is a student-led organization that advocates for representation for DACA and undocumented students and for improved accessibility through initiatives such as in-state tuition for DACA recipients.

A DACA recipient herself, Alvarez said that while students were happy to share their experiences with donors and community members at the dinner, it was a difficult task.

"We were telling our stories and that in itself takes so much energy to do," she said. "To do that, we have to relive a trauma and although it’s really important for us to do that, it’s just an emotional strain on us."

And it's not just personal stress — Alvarez said DACA recipients also have to worry about the potential deportation of parents and families who lack the same protections.

"It’s constant anxiety just because you never know what might happen,” she said. "Just knowing the potential of you or your parents being deported. It’s an added stressor to everything that we have been dealing with besides schoolwork."

DACA recipients are issued an identification card, which Alvarez said is her "only form of protection right now."

"If I were to forget my wallet without any identification, there’s a potential for me to get deported and it has happened before," she said, citing a 2017 incident in which a 23-year-old was deported after failing to produce identification, despite claiming to still have DACA protection. The Department of Homeland Security said that his protection expired before the deportation.

In addition, Reyes said that DACA recipients are under a "legal spotlight" and that even minor or nonviolent offenses like speeding or possessing alcohol as a minor could be grounds for deportation. That, Reyes said, could mean leaving behind a family, a house or an entire livelihood.

"Whatever degree they have may be worthless, depending on where they're (deported to)," he said. "Depending on the country they return to, they can even lose their lives ... El Salvador, Guatemala, Honduras, these are not safe places."

The future of the DACA program itself remains uncertain, as Trump has attempted to end it but was stopped by a series of federal appeals court rulings. The Supreme Court has refused to hear the case this session, and it is unclear if it will next session. Reyes said this leaves DACA – and the people who depend on it – in a state of limbo.

Alvarez and Martinez, who is also a member of USEE, said that while that uncertainty can negatively impact DACA recipients' personal and academic lives, organizations like USEE provide a space to share common experiences.

A University spokesperson said that while ASU must follow "all applicable laws," it is committed to "making higher education a reality for all who are qualified to do university-level work, including those who have DACA status.

"These individuals are among the most resilient students in the higher education system," the spokesperson said in an emailed statement.

While ASU is unable to provide in-state tuition or scholarships for DACA and undocumented students, the University funds the DREAMzone program, which educates faculty, staff and community members about immigration legislation and the intricacies involved with teaching undocumented students. It also provides bi-weekly support circles for these students to speak about their experiences.

Great turnout for our Navigating College as an Undocu/DACAmented Student Workshop On Saturday! Thank you to our members who took the time to share their stories with high school students and their parents, and to Access ASU & @DREAMzoneAtASU for working with USEE on this! pic.twitter.com/MHBV3eHQJp

Berenice Pelayo, a junior studying business law, is a DREAMzone student specialist. She said that while some students are open about their experiences and even advocate for their community, those who struggle to discuss their stories can feel "super isolated."

"It’s something so personal, so private, that they would never want to talk about openly, exposing a part of themselves that they might never really talk about outside of family and close friends," Pelayo said.

She said that the support circles have created friendships and a community for undocumented students and DACA recipients at ASU. Pelayo said that while it’s difficult for the University to provide resources for these students legally and that there is always more to be done, programs like DREAMzone mean "ASU is on a pretty good track."

Advocates hope that legislation in the future will provide more flexibility for universities to provide opportunities to DACA and undocumented students, such as in-state tuition and eligibility for scholarships through universities.

Critics, however, note that there are "finite resources" available for subsidizing higher education.

"Unlike K-12 education, there is no requirement that taxpayers pay for or subsidize higher education for illegal aliens," said Ira Mehlman, media director at the Federation for American Immigration Reform.

But José Patiño, director of policy and advocacy at Aliento, a Phoenix organization that provides resources for DACA recipients, said that requiring Arizona high school graduates with DACA status to pay higher tuition can deter them from pursuing higher education in the state, and in turn, disincentivize them from joining the workforce in Arizona after graduation.

It "makes no financial sense" to do this, Patiño said, because it wastes the opportunity to capitalize on their time in the state's public school system, which essentially serves as an investment into potential skilled workers who may stay in Arizona after graduation.

That's the hope for Alvarez, whose goal is to become a teacher in the state.