The agony and ecstasy of ASU's maturing men's basketball program

The Sun Devils are having "growing pains"

Sophomore guard Remy Martin swished his patented pull-up jumper to put ASU men's basketball up two in the final minute of a contest versus the No. 1 team in the country.

A sea of maroon and gold flooded the court minutes later after the team knocked off an undefeated top-ranked Kansas squad.

There was hope that the win would serve as a launching pad for a triumphant season — only for the exact opposite to occur a week later.

The Sun Devils, down one point to a then 6-5 Princeton team, failed to put the ball through the hoop three times in the span of 13 seconds.

Dort stumbled and sat at mid-court, with his face buried in his jersey.

The jubilance that pierced the air in the arena the previous week was replaced by collective disappointment.

The final defensive stand by @Princeton_Hoops to secure the upset at Arizona State!pic.twitter.com/R9oglnIg42

This game-to-game pendulum swing encapsulates the better part of two seasons for the ASU men's basketball program, a period of improvement that has nonetheless been marred by a tendency to play to the level of the competition.

The freedom head coach Bobby Hurley gave his players forged a double-edged sword of hot and cold shooting, aggressive defense and loose ball-handling that either propelled the team to victory or doomed it.

Still, the team’s record shows this was the Sun Devils’ best season in a decade — and the best two-year stretch in five years.

The inconsistency during Hurley's tenure betrays the growing pains the program is experiencing as it reaches maturity — a sign it is at least stepping in the right direction. 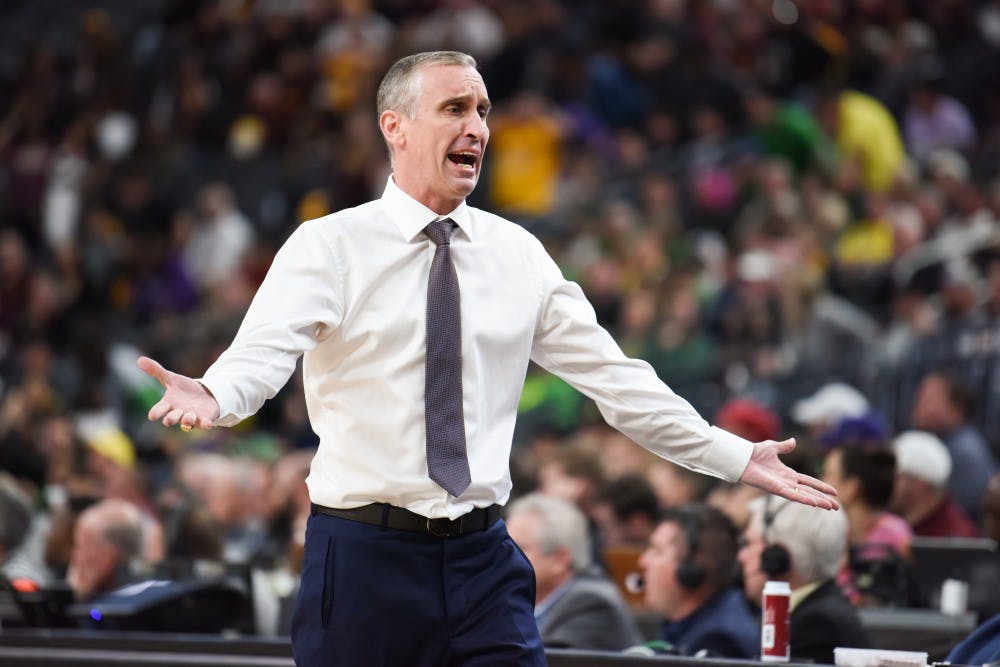 And both years, the team posted an anemic conference play record compared to the first part of the season — 8-10 last year and 13-7 this year against an uncharacteristically weak Pac-12.

In Pac-12 play, the Sun Devils repeatedly lost to teams they held a clear advantage over.

Washington State, USC, Oregon State and Colorado all came in with worse records than ASU coming into their matchups. The same with Princeton and Vanderbilt.

But for the wins ASU did manage, an opposite trend emerges: The team beat programs they very well should have lost to.

Wins versus Washington, Oregon and UA showed a competitive team that rose to the challenge of great opponents. The Sun Devils' wins versus Kansas and Mississippi State display the Hurley squad's highest potential.

It seems the team has reached a sort of equilibrium given its talent, said SunDevilSource editor Chris Karpman.

"Their potential was higher than they achieved," Karpman said. "But not that their results were dramatically better than what an average result with the same team would have been."

One of the team's greatest weaknesses is its lack of control. 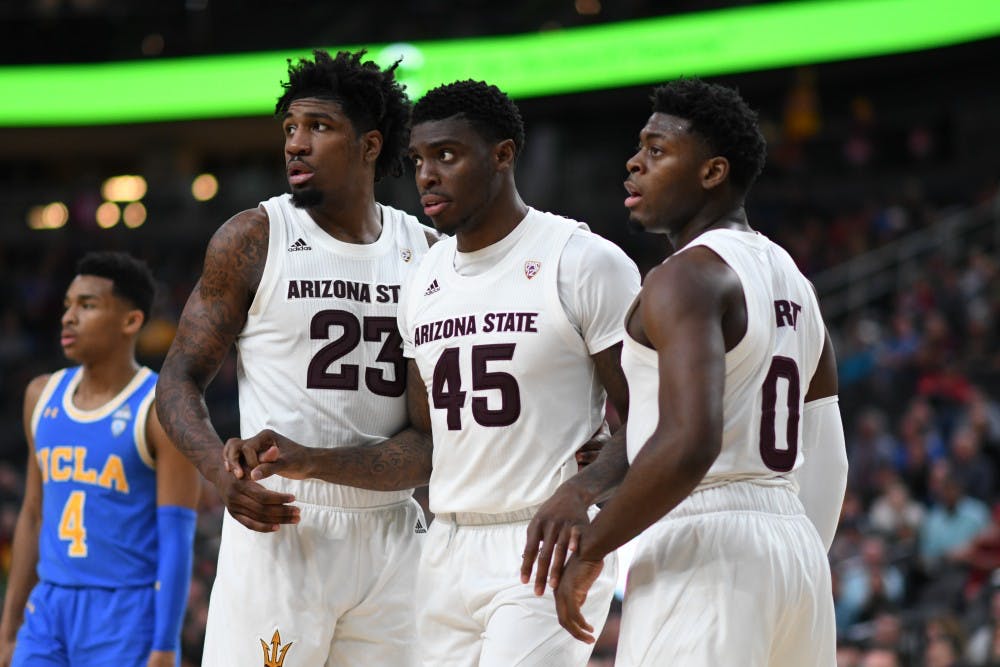 This past season, ASU was one of the most undisciplined teams on defense in the NCAA, averaging 19 fouls per game in their 11 losses and nearly 20 per game overall. They never committed fewer than 16 fouls in all 11 losses.

The flurry of fouls translated into an average of 17 free points per game for the opposition.

With an average point differential of 11 in those loses, the impact of those free points is magnified.

"(Hurley) wanted them to play a tougher defense," Michelle Gardner, a sports writer from the Arizona Republic said. "And when you do, you commit more fouls."

In comparison, other Pac-12 teams surrendered an average of 12.8 points per game at the free throw line.

In their losses, the team averaged just 37 percent shooting from the field, well below their season average of 44 percent.

Hurley said the team's liberal shot selection dragged it down in its losses but propelled it to wins when done right.

“When we're playing well on the offensive end, moving the ball and getting high percentage shots, we've proven we can be pretty successful,” he said in March. “That's got to be the focus. Our shot selection has got to be on point. We've got to take care of the ball.”

Karpman said the lack of shooting talent on the team combined with Hurley's offensive philosophy led to the group's demise.

"If you aren't a really good shooting team, you have to have extreme regimentation to get good shot selection, and they didn't have that," Karpman said.

Those stats aligns with the team's struggles the season prior.

The 2017-18 team got into foul trouble just as often. That squad fouled 20 times per game in their 12 loses, also surrendering 17 free points per game.

The team also dipped to 41-percent shooting from the field in losses compared to its average of 46 percent.

Where did ASU struggle the most when they lost?
Infogram

Remy Martin said how the team's talent only clicked in spurts this past year.

“We're talented enough to accomplish anything but we definitely would be dangerous if everybody was clicking at the same time,"Martin said before the Pac-12 tournament. "That would be a scary sight.”

And the team proved Martin right when it produced at that level.

The team won every game where five Sun Devils scored over double digits. Unsurprisingly, their wins versus Kansas, Oregon and their overtime win over UA fall under that category.

The only problem is that it only happened nine times this year.

The Devils had the exact same amount of such games the prior year. Yet, they lost two of their nine games, both to Colorado.

Hurley attributed the team’s inconsistency to other intangible factors throughout the season.

“You have to play with a level of desperation, you want to be thinking that way,” Hurley said after a loss versus Colorado this past year.

As redshirt junior guard Rob Edwards put it before March: “Anything is possible. We can go as far as we want to.”

Even so, the team fell flat yet again when the time arose, with Buffalo torching ASU in the round of 64 in the NCAA tournament.

The team's early exit in the tournament, the improving records, even with the inconsistency, demonstrate the program's upward trend. 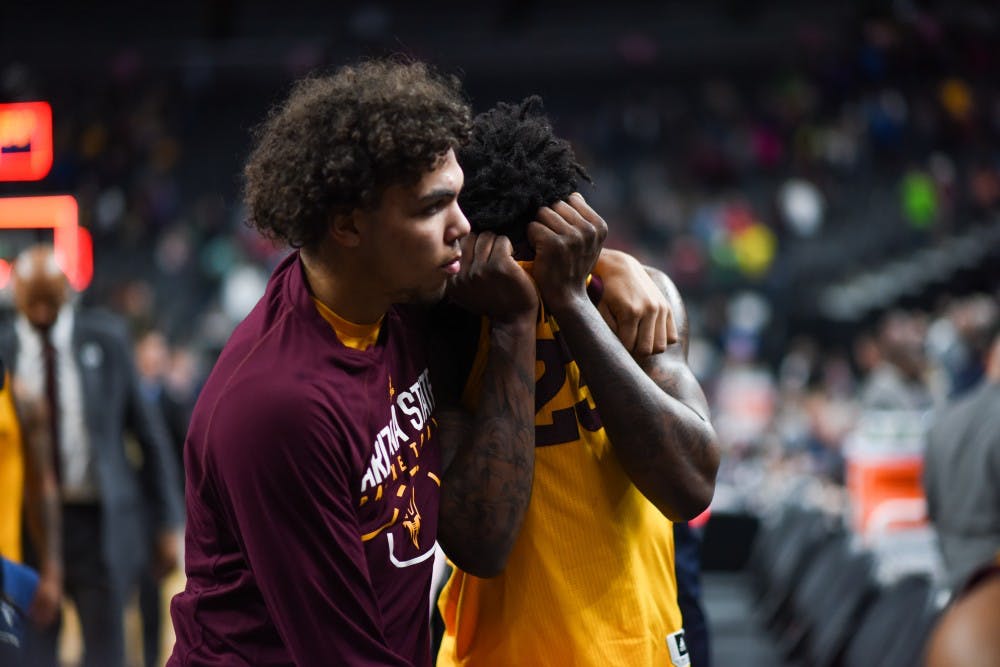 ASU won over 20 games for the second time in Hurley’s four-year tenure and will be looking for more with a looming extension for the coach's contract.

The fanbase recognizes this as well, posting the second-largest jump in average attendance in the NCAA between the 2016-17 and 2017-18 seasons. They also posted an average attendance of 10,538 this past year, just a hair below the average from the year before.

Karpman said the talent the program assembled this past year was the best since 1995, the last time the Devils made the Sweet Sixteen.

Mario Bennett, who eventually played in the NBA, led that ASU team to a 24-9 record while averaging 18 points and eight rebounds per game.

Karpman said the style of play Hurley deployed, which led to the ups and downs of the past two seasons, will later reap rewards for the team.

"When you have an increasing maturity and experience of Remy Martin, Romello White, Kimani Lawrence, Taeshon Cherry and Rob Edwards, I think that Hurley would say that their understanding of the game is growing more and could attain a higher potential now than if they were to play a more regimented style," Karpman said.

Hurley's closing comments of the season drove that point home.

“It's to the point where we have the right people in the locker room and the right culture, guys that care and value winning and competing,” Hurley said after ASU's loss to Buffalo. “I could go on and on about things that we've surpassed from last year's team, and we're just continuing to build on that.” 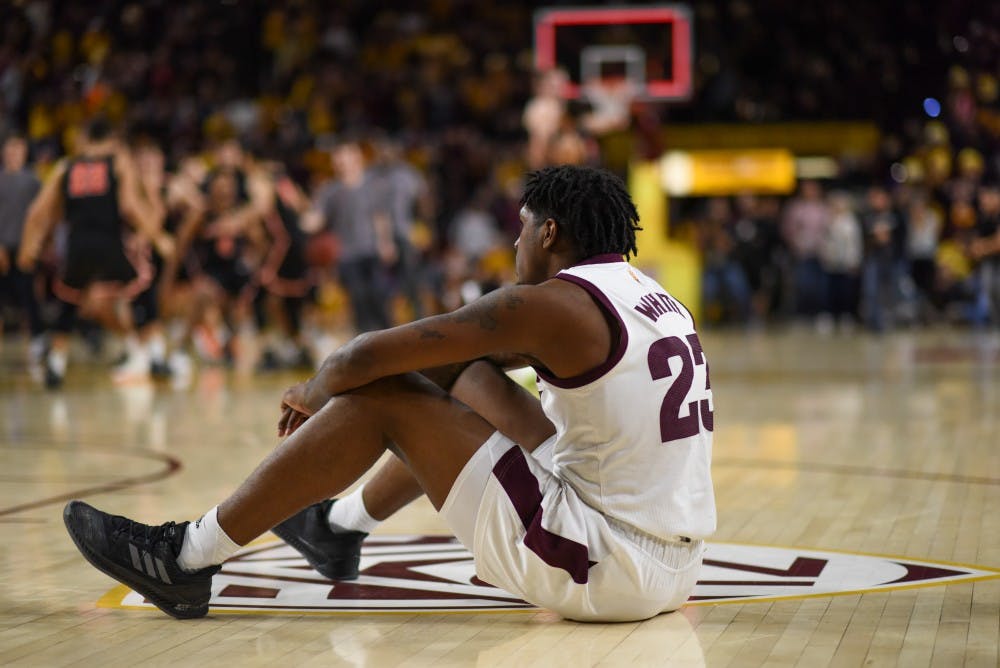