Inspired by the scenery around Sun Devil Stadium, ASU groundskeepers give the football field a new look

Brian Johnson, ASU's manager of athletic grounds, taps into creative influences when painting the Sun Devil Stadium field. Ahead of Arizona State's September 21 football game against the University of Colorado, Johnson and his team decided to pay tribute to the surrounding Tempe scenery by painting a topographical map over the end zones.

Brian Johnson: Generally speaking, I like it nice and simple. I do like the traditional end zones that we do for most games, but every once and awhile it's nice to jazz things up a little bit.

We have a topographical map that's kind of superimposed on top of our normal end zones. And it's kind of a funny story the way we came up with this. Our last football game, we were just walking down the sidelines looking at some of the graphics on the scoreboard and they had all these squiggly lines behind them. There were three of us walking there and we just said, "Well what if we did a topographical map of 'A' Mountain on the field?" And we all just looked at each other and said, "Yeah, why not?"

It's always been kind of a soft spot for me coming to work all these years, driving up and seeing the stadium nestled between the buttes, so its' worked out perfect. I'm fortunate to have a really great assistant, Josh Lenz, who's very artistic in nature. The last couple years, he's the one that's been coming up with these mockups.

This week was a little bit different because of the end zones. Josh (Lenz) got a topographical map and literally superimposed an end zone-sized drawing on top of that topographical map and came up with the design. We did have to do a preliminary painting just to get all these lines out there so that when we paint our gold background, those lines will kind of bleed through. You can see them today. Now, we'll go over those lines on top of the gold.

You know, I really love groundskeeping. I love the painting, its' always been a soft spot for me, making sure the aesthetics look good for a game. It's just something that I love. I really couldn't imagine doing anything else. I don't know what I would do. 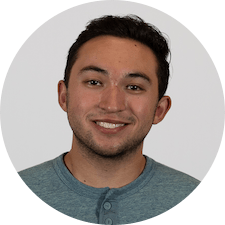