All the traffic and confusing changes on the roads in Tempe right now aren't for nothing — the Tempe Streetcar is under construction, and it's set to launch in 2021.

The streetcar is broken up into four different zones with multiple stops in each zone. Each stop will have public art designed by artists both in the valley and outside of Arizona. Amanda Nelson, a public information officer for the city of Tempe said the construction will be largely finished by the end of 2020, but the streetcar is projected to open in 2021.

Each zone of the streetcar has a panel committee assigned to it made up of residents, ASU representatives, businesses and representatives from each respective area. These panels went through hundreds of submittals from artists and decided on one artist for their zones, with the exception of the "downtown zone," which has a team working on those five stops.

“Each of them took into account what’s culturally significant in that area — what’s architecturally and historically significant — and chose artists that they thought could most represent and work best with their particular interests,” Nelson said.

Mary Lucking, an artist chosen for one of the zones, will be working on the three stops located around ASU Gammage.

Lucking said she got inspiration for her art from the neighborhoods around the Apache curve.

“I went around and took photographs of buildings in those neighborhoods, and the designs are based on those buildings,” Lucking said. “There are two kinds of neighborhood designs and one ASU one.”

Lucking also designed 36 small-scale sculptures that depict activities enjoyed by those living in the surrounding neighborhoods as well as animals that residents often see in the area.

The sculptures will be cast out of aluminum and be mounted on the shade screens located at the stops.

“The idea is for it to look like these people and animators are kind of hanging out in the architecture of the screen,” she said. “It was really fun.”

Lucking said she likes working with and in historic neighborhoods because there are always people who have strong associations with that specific neighborhood. She said she wanted to evoke the love the residents have for their neighborhood in her art, and it is important to her that she makes her public art interesting for those who will see it daily.

“I like to pack as much delight and interest as I can into a small space,” she said. “There’s lots of little details and secret things you can find if you spend a lot of time in that spot.” 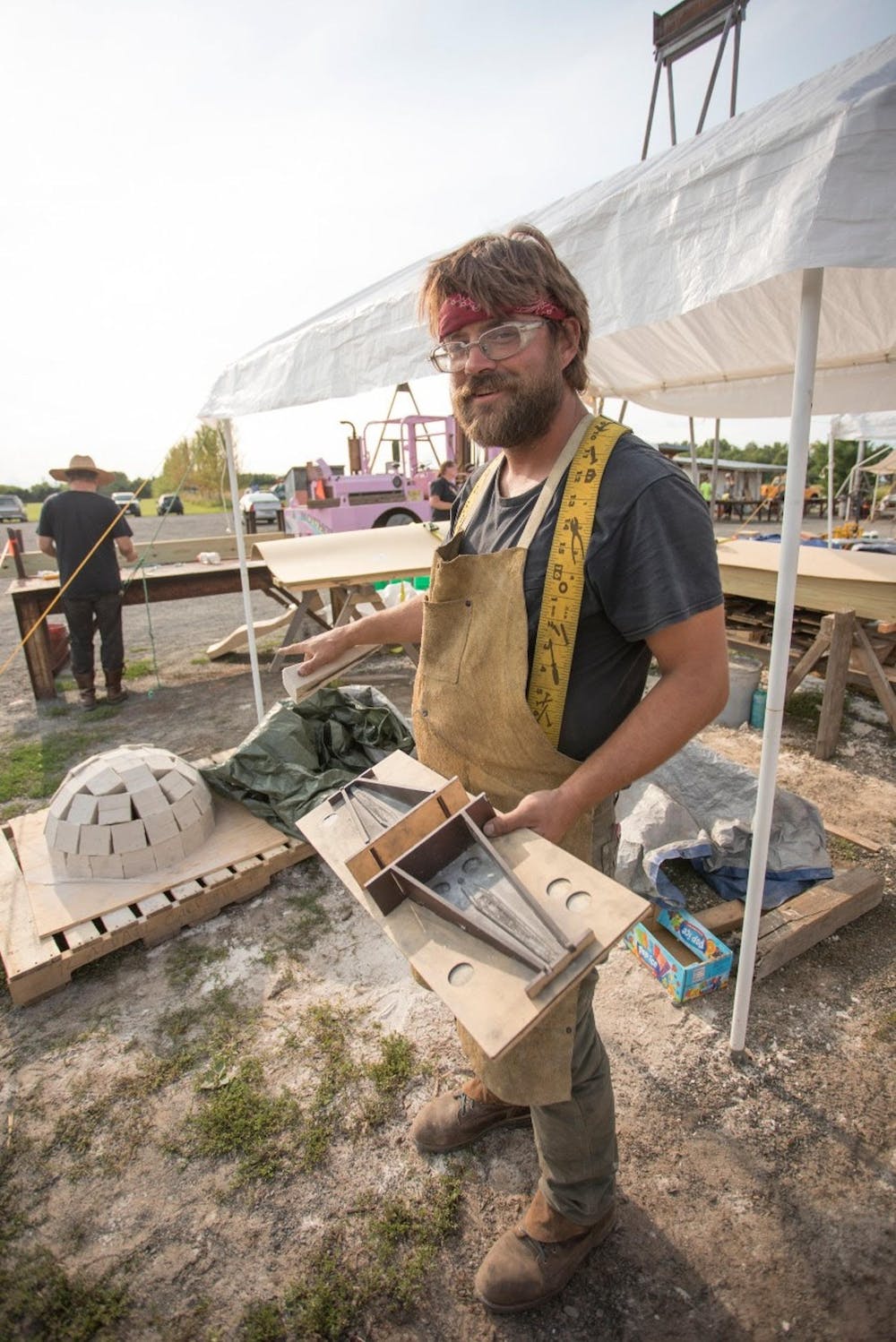 Bobby Zokaites poses for portrait at Franconia Sculpture Park in Shafer, Minnesota in 2017.

Bobby Zokaites, an ASU alumnus as well as an artist chosen for this project said this is his first “big” public art project. He said he will create sculptures for his specific stops that are historically inspired.

“There’s a lot of CNC machining details on these sculptures,” Zokaites said. “It’s historically inspired through a contemporary aesthetic.”

One of the stops Zokaites is assigned to is an antique light pole project in which he will use the light-poles as the base of his art.

Zokaites said there are many reasons why public art is important and can make an impact on surrounding communities.

"In Tempe, we get to have this loving, creative city because there are so many artists who put their work out as a part of municipal infrastructure," he said.