Who is God the Mother?

It took 15 years for Jordan Young to leave the church. After years of telling non-members that their religions were satanic and lying to the public to persuade them to join, he said he had enough.

“Now I can live freely,” Young said. “Now I’ve broken off these chains that I’ve been dragging for so long.”

Students recently reported constituents of this church, World Mission Society Church of God, soliciting on ASU’s Tempe campus. Former members and experts widely consider it to be a cult.

In late September, multiple students described on Wildfire, an app that allows students to communicate about current events in an open forum, that they had been approached by people who wanted to talk to them about “God the Mother.”

The posts quickly gained traction and raised concern from students.

Haily Aldrich, an undeclared freshman at ASU, said two members of WMSCOG who claimed to be students approached her one afternoon as she left the Sun Devil Fitness Complex.

“I had a red flag in my head from the beginning,” Aldrich said. “They just overall didn't look healthy.”

She said the two women, who Aldrich thought didn’t appear to be students, asked her if she had heard about God the Mother, cited Bible passages and encouraged her to learn more about the church. But what concerned her most, she said, was their unusual demeanor and robotic way of speaking.

The encounter “freaked her out,” and afterward, she did not travel on campus alone.

Other ASU students have had similar experiences.

“My roommate and I encountered two guys dressed up the same talking about this … it was some creepy religious stuff,” one user in the Wildfire thread said.

But a closer look at the practices of WMSCOG shows the concern from students goes beyond pushy solicitation, as the church has a track record of manipulative ideologies, lawsuits, questionable finances and dubious recruiting methods that have raised questions around the morality of allowing members on university campuses across the country.

According to the church’s literature, God is a woman named Jang Gil-ja who lives in South Korea. The church was founded in South Korea in 1964 by her husband Ahnsahnghong, whom the Church believes to be one of the two embodiments of the second coming of Christ.

When Ahnsahnghong died in 1985, Jang became the head of WMSCOG.

The South Korean couple, referred to as “God the Father” and “God the Mother,” are both the deities of this church that teaches all other religions are the work of Satan.

Almost all of its foundational ideologies revolve around the belief that World War III is imminent. Only members of the church who follow all of its rules and practices will receive a spot in heaven, and WMSCOG is the only church that has true knowledge of the Bible.

Members of the church claim to interpret the Bible as directly and literally as possible, but Young said a number of verses and passages that are pillars of their belief system have been disproven with their full context.

Young joined the church at the age of seven after a member of the church approached his family at a mall in Inglewood, California.

For 15 years, he followed the teachings of the church in hopes of being welcomed into heaven. He lived in fear that the world would soon end in catastrophic destruction, a mindset he said is shared by all members of the group.

This constant fear, he said, was what controlled people in the church. Pastors constantly preached about the coming of World World III and global nuclear destruction. Members, he said, must follow the teachings of the church to be granted a spot in heaven.

Young said members were strongly discouraged from associating with people outside the church because pastors considered their souls “dead.” If they searched the internet for information about the church, played video games, missed a day of mass or didn’t consistently recruit new members, they would go to hell.

“It’s just fear mongering, a fearful mentality that pretty much everyone has that just turns everyone into robots,” Young said.

People in the church are strongly encouraged to donate at least 10% of their income, he said. Leaders also pressure members to donate each time they come to church on top of the set portion of their income. If members do not meet the tithing, Young said they are shunned by leadership and denounced during sermons.

“Who knows what the church is doing with the money?” he said. “It’s a sign that it’s a really corrupt organization.”

Young knew several people who sold their cars, dropped out of school or quit their jobs to devote themselves to the church. Once people bought into the notion that the end of the world was around the corner, he said it was easy for them to cut themselves off from their profession, education, hobbies and family.

Mann, who has consulted on about 100 legal cases involving cults, said that after interviewing former and current WMSCOG leaders, members and their families, she concluded that the church manipulates members to ensure compliance and undue influence, deliberately changes members’ environments without consent, deceives members and devalues members through sustained criticism.

She also confirmed that the church manipulates members through sleep deprivation, lying, isolation and poor diet.

“Their beliefs are secondary and a mechanism for deceptive recruiting by claiming they have the only true biblical understanding,” Mann said in an emailed statement.

The World Mission Society Church of God in Glendale, Arizona declined to comment on the allegations.

Documents from lawsuits against the church confirmed what Young said: It is common for members to be pressured to sign non-disclosure agreements. This suggests that the number of lawsuits filed against the church may not accurately reflect the actual amount of the church’s legal wrongdoing.

Multiple lawsuits against and by the church have still managed to surface.

In 2013, Michele Colón, a former member of WMSCOG from New Jersey filed a lawsuit against the church and all of its related profit-making companies for intentional fraud, intentional infliction of emotional distress, negligent misrepresentation and more.

Documents from the lawsuit said members subjected Colón to intense social pressure and unduly influenced her into separating herself from her family outside the church, separating her from men in the church including her husband and son, forcing her to watch fear-inducing propaganda videos and depriving her of sleep.

Colón also alleged members of the church hacked into her email by baiting her into using a “Cult Watch Site” created by WMSCOG.

Members of the church also allegedly told Colón’s husband to divorce her and subsequently blackmailed her into returning to the church after she briefly left.

Similarly, in 2014 Michele Ramirez, a former member of WMSCOG and New Jersey resident, filed a lawsuit against the church and all of its related profit-making companies for intentional fraud, intentional infliction of emotional distress, negligent misrepresentation, invasion of privacy and more.

Ramirez alleged that members of the church psychologically manipulated her, resulting in sleep deprivation, extensive labor and deep distrust of those who were not part of the church.

She said the physical and mental burden of the church caused Ramirez to drop out of college.

The complaint from Ramirez’s lawsuit reads, “the World Mission New Jersey members who staff the Profit-Making Companies are abused and exploited, and subjected into a state of de facto slavery.”

World Mission Society Church of God in Glendale, Arizona has been registered by the state as a tax-exempt religious organization since 2009. As a result, church leaders are not required to annually submit Arizona Form 990 to the Arizona Department of Revenue, making it difficult to see how much the church profits from its operations.

Public information about the finances of the church in Arizona is scarce, but both New Jersey lawsuits allege that the New Jersey church’s operation intertwines with World Mission Enterprise, a related profit-making business, and exists to create wealth for its South Korean leaders.

According to the complaints, the related profit-making companies, which are staffed exclusively with members from the church, funnel money to the church to avoid taxation. Once the money is in the possession of the church, most of it is sent to South Korea.

Mann also said based on interviews with current and former members, she believes the church’s intentions lie in sending money to its homeland.

“They're a dangerous and growing movement, and they send enormous amounts of money to Korea,” she said.

Both Mann and Young emphasized the church’s standard of recruiting on college campuses.

Young attributed this to what he described as the “vulnerability” of college students who the church assumes to be more open minded than older adults.

He said he recruited, or as members call it, “preached,” on campuses in California hundreds of times, where WMSCOG members routinely lied and said that they were students (as allegedly did the two women who approached Aldrich on campus) and that the church had a club on campus when no club existed.

ASU’s campus is not the only one to have experienced what has been described as pushy and aggressive recruitment by the WMSCOG.

Portland State University’s student-led news organization, The PSU Vanguard, reported on the church’s presence on their campus, as did The Mercury, the student media publication at the University of Texas at Dallas.

A local news station in Memphis reported that several members of WMSCOG were placed on criminal trespass by the University of Memphis after police said they were “'aggressively attempting to discuss religion and distribute literature.'”

ASU Police Department did not respond to a request for comment on the issue of WMSCOG on campus.

The World Mission Society Church of God has faced harsh criticism in the past. Those who left the church have claimed their lives were ruined by it.

Though Young doesn’t want to infringe upon the rights of students to practice whatever religion they please, he said that “by joining this church, you’re violating your own rights in a way.”

He said he wants WMSCOG banned from college campuses.

“They robbed me for 15 years, so I don’t want them to rob anyone else’s life.” 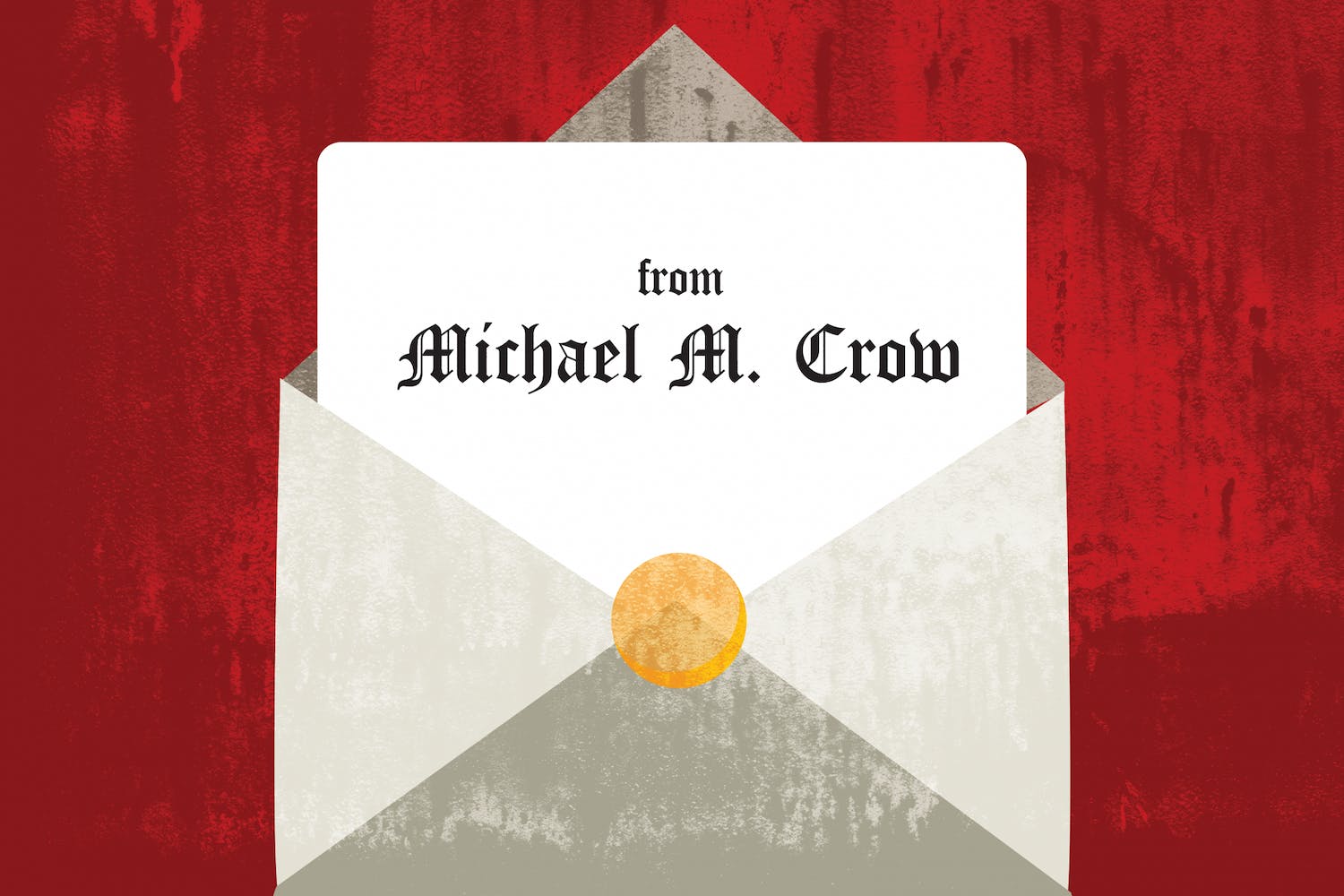 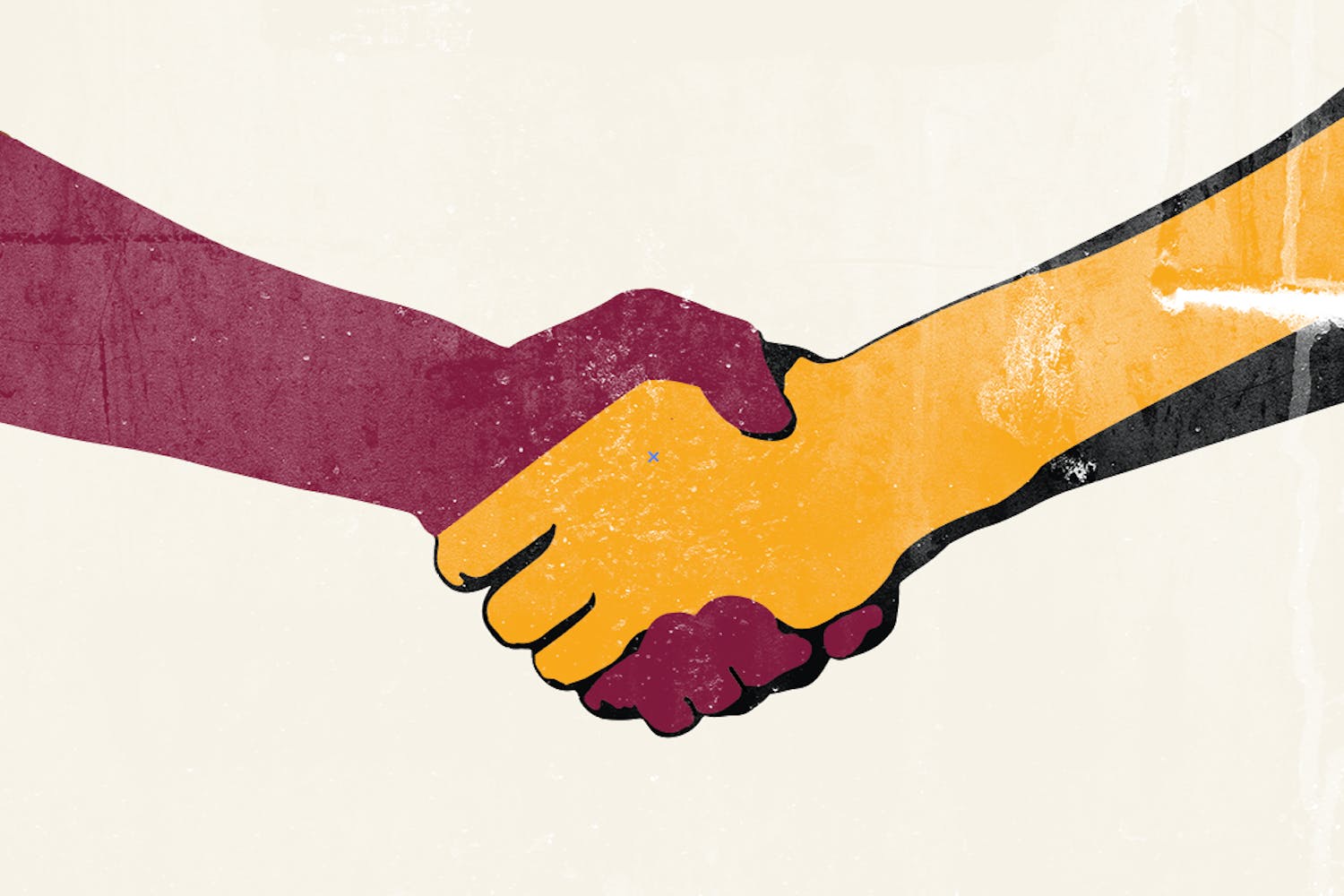 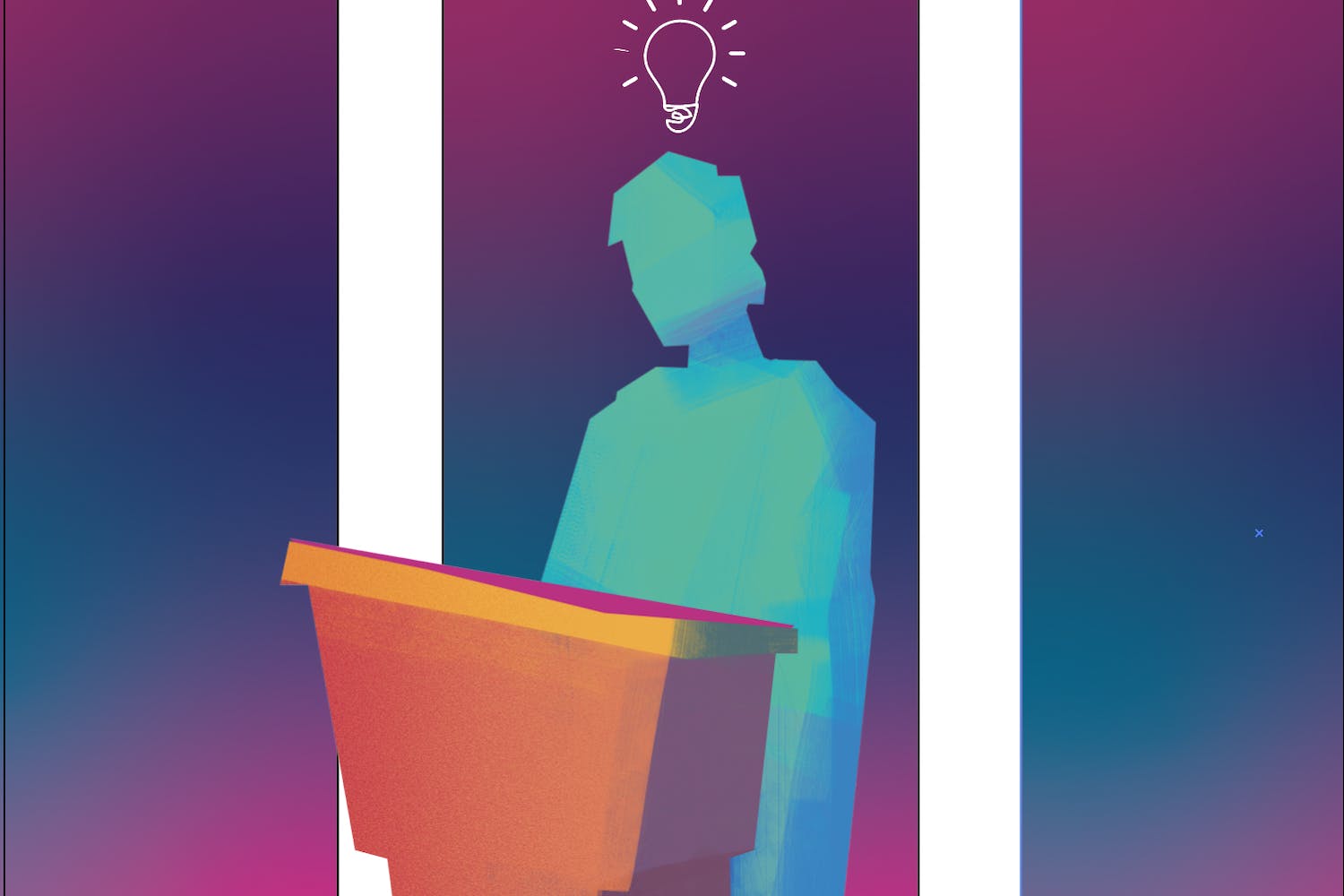