The Golden Age Revisited: A look at the Tempe music scene and sound

After reaching a peak in the 1990s, the Tempe music scene is seeing a sort of resurgence

The door at Long Wong’s, a bar and venue on Mill Avenue in Tempe, typically stayed propped open.

And for Joshua Roffler, the exhibit curator for the Tempe History Museum, that small detail was a bit of a godsend. As a high school student in the early 90s, Roffler found himself situated right outside a music renaissance on Mill Avenue.

“Even though I couldn’t go into the bar, me and the other kids could stand on the street and watch the bands play through the door,” Roffler said.

Honest college rock hymns accompanied with the slight twang of an acoustic slipped and blared through the cracks in the windows. Roffler watched and listened as the nearly-uncontrollable energy of the Tempe music scene stumbled out of the bar, much like its patrons. 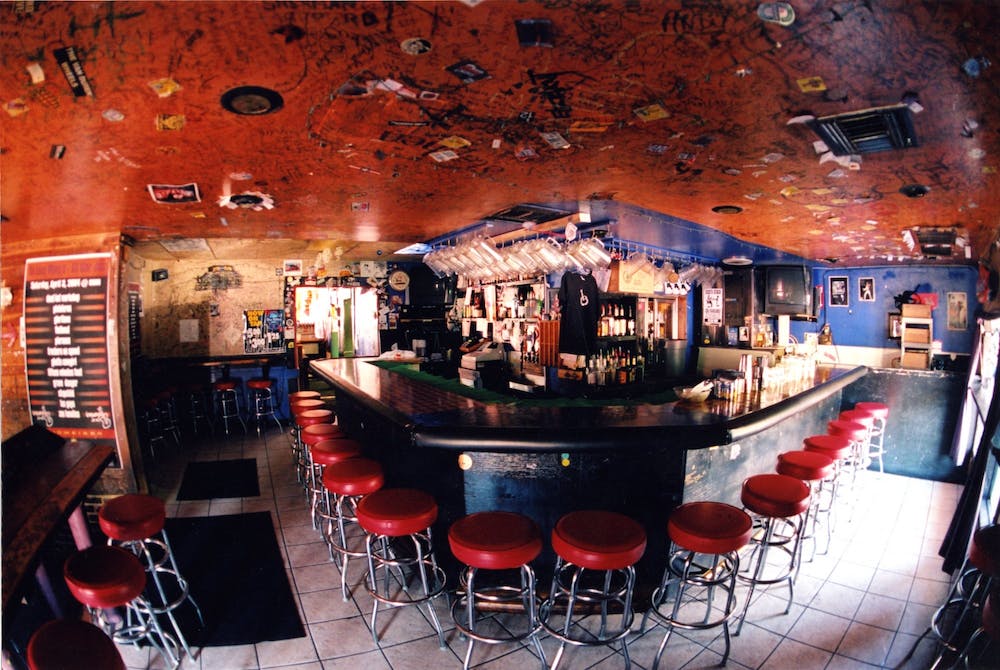 “It was part of life down there to have these great bands and to have the sounds coming out of the doorways as you’re walking down the street,” he said.

From 1990 to 2000, Tempe became a hotbed for niche 90s rock. Producing some of the most iconic bands of the time, the music scene became the epicenter of a wider movement.

Although the scene largely died out in the early 2000s, the nostalgia remained.

Tempe now hosts a new, growing number of venues, leading many to reminisce on the golden days and fantasize about a possible music resurgence.

By the time he graduated in 1993, the Gin Blossoms cracked the Billboard Hot 100 charts and other local favorites like the Meat Puppets, Dead Hot Workshop and the Refreshments were well on their way to stardom. 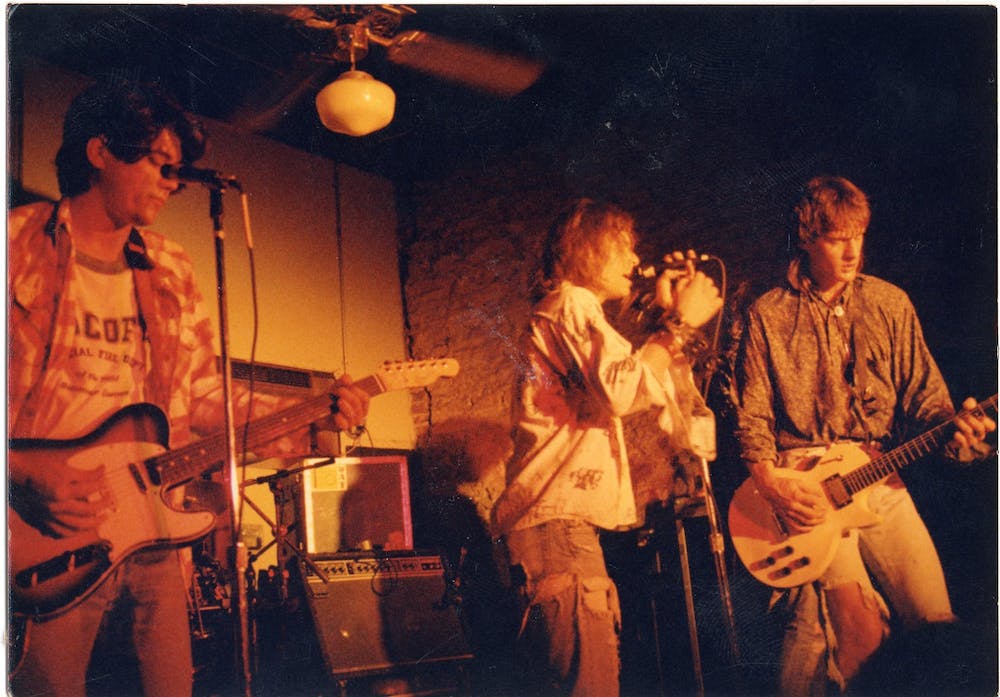 Through Roffler's exhibit curation for the Tempe History Museum, he continues to keep this excitement alive through displays and live music performances. 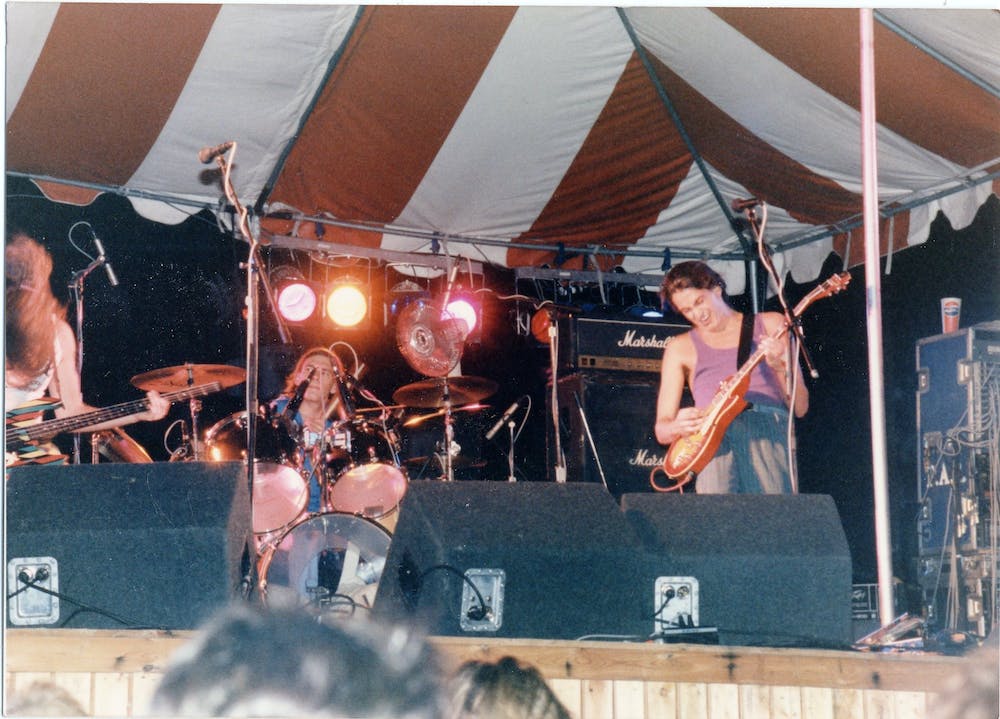 Though many consider the 90s to be Tempe’s “Golden Age” of music, the decade did not end and begin with college rock.

In a 2014 exhibit at the Tempe History Museum, entitled “The Tempe Sound,” Roffler and a group of local musicians paid tribute to decades of local music. The exhibit featured relics from 1960 to 2000, showing each distinct time and tone.

The gallery featured a replica of the Long Wong’s stage, along with miscellaneous instruments, band T-shirts and concert fliers from prominent local bands. Sections paid homage to the Valley’s previous punk, blues and jazz scenes.

Before Jennings made it big in Nashville, he played at JD’s, a club in Tempe, which some attribute to his Western rock sound.

Tempe became a breeding ground in the 80s for an unadulterated punk and metal music scene. Bands like The Feederz, Flotsam and Jetsam, The Jetzons and Jodie Foster’s Army (JFA) created a small but incendiary music presence that largely prefaced the more muted angst of the 90s.

The Gin Blossoms were influenced by many of the bands from the 80s punk scene. Prior to founding the band, lead singer and guitarist Doug Hopkins’ band Moral Majority opened for the Jetzons in 1982.

The overlap in punk and alternative scenes ended in a culmination of the two genres. Tempe’s sound in the 90s both replicated and built upon the college rock craze of the 80s, birthing a new type of alternative rock known as jangle pop.

The genre typically consists of whiny, pop-esque vocals resting over the chime of an acoustic guitar. In Tempe, the sound mutated to reflect some level of Western influence, and each band added its own quirk. The Meat Puppets incorporated more punk and psychedelic rock. The Refreshments sprinkled Mariachi horns into some of their songs.

Regardless of specific nuances, each band contributed to the sound that overwhelmed and overtook Tempe venues.

The rise and fall of the Golden Age

No one can pinpoint the exact day Tempe became a musical mecca, but many gauge the golden age in relation to the rise and fall of Long Wong’s. Since its opening in the early 80s, the bar offered live music seven nights a week.

Other venues did the same. Some of the most popular venues for locals were the Yucca Tap Room, the Coffee Plantation, Tony’s New Yorker, Nita’s Hideaway and the Sail Inn, among countless others.

The sheer number of venues coupled with student involvement created a palpable buzz around local music.

Spindler performed around the Valley around the same time with a few fellow librarians in an ensemble donned Dewey and the Decimators.

Music representatives considered Phoenix to be the next Seattle when it came to alternative rock music, predicting a similar level of commercial success for Tempe-based grunge and rock bands.

And in some ways, they were right.

Gin Blossoms hit their stride in 1992 with the release of their first major label album, “New Miserable Experience.” The first single, “Hey Jealousy,” peaked at 25 on the Billboard charts.

Later, releases like “Found Out About You” and “Follow You Down” also hit it big on the charts. The band was nominated for a Grammy in 1996 and performed on popular TV shows like Saturday Night Live and the Late Show with David Letterman.

The Refreshments wrote the theme song for King of the Hill and aside from cartoon related acclaim, the band saw success with their song “Bandito.”

Looking back on the commercial and local success of Tempe musicians, there’s a definite air of nostalgia. Youtube videos and Facebook groups paint a pretty clear picture.

In one video, entitled “So Long Wongs Hey Jealousy,” the cameraman wanders around capturing the normal happenings of the iconic bar. Though filmed in the early 2000s, the video captures Long Wong’s peak before the end of its prime.

The walls in the back are tattooed with permanent marker and highlighted with string lights — Long Wong’s truly embodied the 90s.

One comment reads, “Best bar I ever lived at.”

Roffler speaks to the impact Tempe music had on the community.

“I’ve talked a lot to people who met their spouse at a Gin Blossoms concert at Long Wong’s,” Roffler said. “Some of the most important things that happened to them in their lives, the music of Tempe was the soundtrack to that.”

Now Long Wong’s is a vacant lot on Mill Avenue.

And many other venues that came to define the golden era of music in Tempe saw a similar fate. What was once an independent venue is now a Cost Plus World Market, an arts high school or a strip club.

“We played a lot of places that aren’t there anymore,” Spindler said.

Development on Mill Avenue and in surrounding areas pushed a number of independent venues and bars out of the area in the early 2000s.

Long Wong’s closed in 2004 and was later demolished for future development. Nita’s Hideaway closed in 2003 and was demolished as it was on landmarked for Tempe Marketplace.

“Oh wow, long gone places,” Spindler said as he reflected on past gigs.

Spindler also believes the rise of DJs contributed to the decline in live music.

“Based on many years of going out and trying to get work, there were fewer and fewer venues that were hosting live music,”  Spindler said.

A whole new cast of venues has now entered the live music marketplace, though it seems the music scene has migrated from Tempe to Downtown Phoenix.

“In the last five years, there’s been a resurgence in some opening of new venues, like the Van Buren and other places around town,” Spindler said. “They are occasionally hosting local acts. The sense I have is that it’s reemerging now after a hiatus.”

The Rebel Lounge, Crescent Ballroom and Van Buren are moving to define the new music scene in the Valley.

But this doesn’t mean Tempe music is dead and gone.

As a part of the do-it-yourself music movement, a number of houses host budding Tempe bands. New venues on Mill Avenue and beyond are welcoming genres like EDM and rap.

Tobacco Row, one of the longest-running Tempe house venues, hosts a wide array of local bands each month and fosters a local music community.

“It’s a fairly accessible space,” Kenneth Kite, founder and resident of the Tobacco Row house, said. “A lot of people connect with each other at shows because it’s a low stress, casual environment. People are more open to talking to each other about ideas.”

Kite also works with Crunchtime, a music collective focused on empowering local musicians. Crunchtime hosts shows and supports local artists. The group also films acoustic sessions and interviews on their roof in between vines and over hot wings.

“We support artists we believe in,” Kite said.

Other prominent Tempe music hotbeds include The Sunroom and Big Surf. The two house venues frequently host local acts and fans in their living rooms.

“There’s definitely a diverse group of people who live here, so we all bring our own special style to the shows that come here with what we book,” Bothne said.

Krueger and Bothne see underground EDM, rap and hip hop and hardcore genres growing the most as of right now, though the scene continues to grow as a whole.

As for more commercial music venues, EDM bars seem to be taking the spotlight. Shady Park and the newly opened Sunbar feature a host of DJs.

The bars on Mill are now a far-cry from acoustic hymns over hot wings, but Roffler notes this is not necessarily a bad thing.

After looking at the many phases of Tempe music, he notes the cyclical nature of music scenes.

“Tempe music is a continuum rather than a particular moment in time,” Roffler said.

Editor's note: A previous version of this article contained erroneous photo captions. They have since been updated to attribute the correct source.