Stacy Brinson: How getting married at 18 has helped me live a fuller life

Together, love and logic led me to my happiness

It all started on a blind date in an escape room, where I discovered the man I wanted to escape reality with: my husband.

It had been weeks since I'd actually taken a break from school and work, and having fun felt like a breath of fresh air. After talking with him outside of my house on the porch bench until 3 a.m., I realized that he was one of the first guys I felt I could genuinely be myself with.

I’m not going to lie, when I first met my husband, I wasn’t very interested. I dreamt of traveling the world and had no intention of being tied down to Arizona.

Over time, I decided I could actually tolerate the guy, which is a feat in itself as I can be quite persnickety at times.

His patience and kindness drew me in, and seven months later, we were married.

When I tell people that I’m married, many think that my husband and I were high school sweethearts or childhood friends. They're often surprised when I tell them how long we knew each other before marriage.

Typically, the next question is about my age — I’m 19 and got married two weeks before my 19th birthday. The comment that comes next is usually something like, “You’re giving up your future too early! You’re not going to live life to the fullest.”

My response? If you find the right marriage, you’re not giving up anything. Rather, you’ll be living a life fuller than you could have imagined.

As a member of the Church of Jesus Christ of Latter-day Saints, I was always taught that marriage was a fundamental part of this life, yet I never saw its appeal myself. I had always dreamed of great things in my future, and I believed that marriage would force my dreams to a screeching halt.

But I realized I had misinterpreted what marriage was. 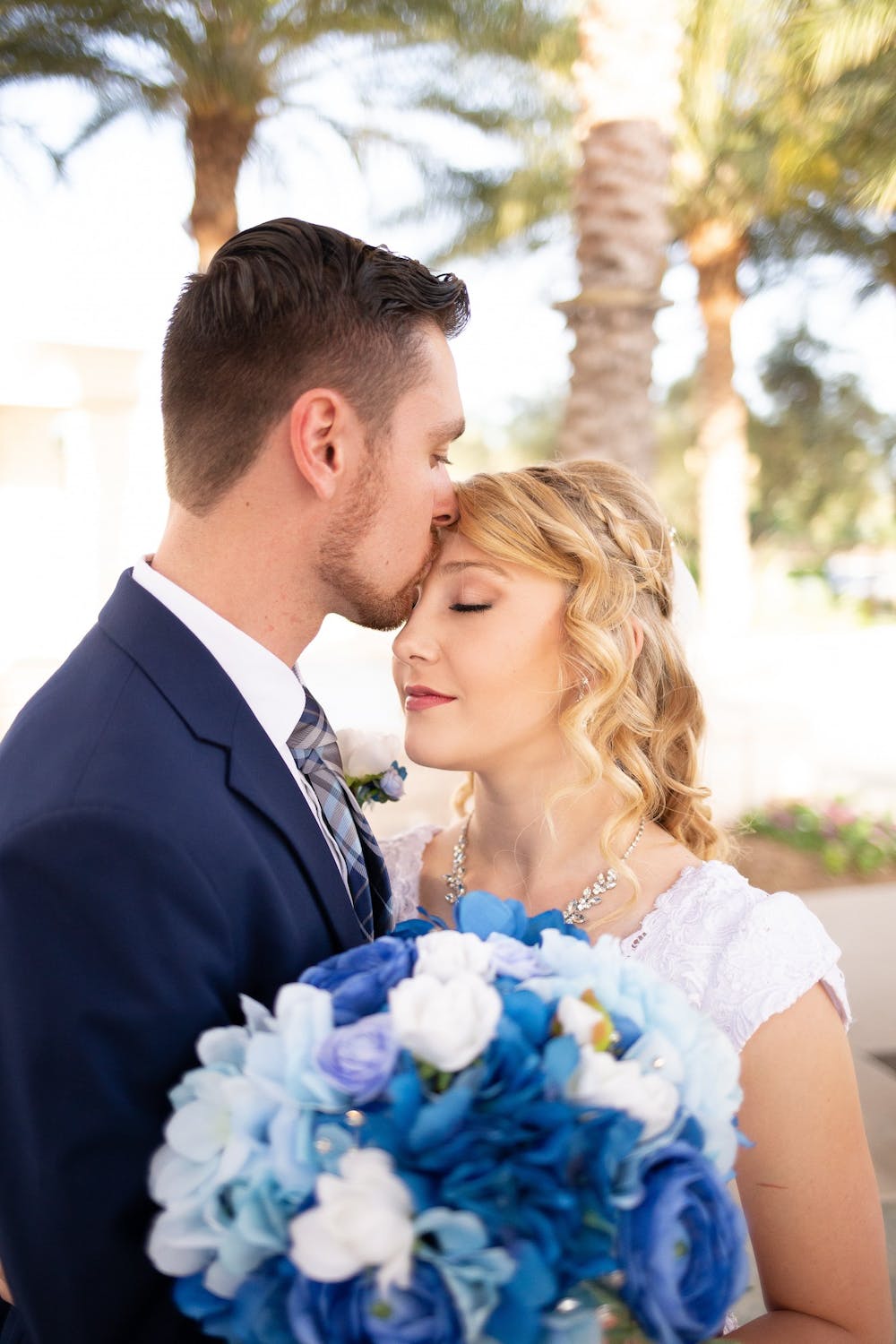 Stacy Brinson and her husband, Malachi Anders, pose for a portrait at the Gilbert Temple for the Church of Jesus Christ of Latter Day saints in Gilbert, Arizona on Saturday, May 16, 2019.

Marriage hasn’t been an anchor weighing me down — it’s been a buoy that has launched me forward with greater ambition than ever before.

When we first started talking about our future, I warned the man who would become my husband that marriage couldn't get in the way of my dreams.

“Of course not,” he said. "Your dreams are an integral part of you; I could never take that away from you."

That must have been the right response because he proposed in March, a few months after that conversation, and I said yes. We said our vows two months later, on May 18.

Marriage, in my opinion, has been mischaracterized by society. We are taught that in a marriage, you should see how the other person can satisfy your needs. An opinion article in the New York Times discussed how both partners need to act like they’re still single for a marriage to work.

I disagree with that sentiment. Marriage should be about how you can support one another to accomplish your goals and reach heights greater than either one alone could have anticipated.

As a child, I didn’t — and couldn’t — fully understand what a mutually fulfilling marriage is about. I have learned it is teamwork between equal partners willing to bypass occasional flaws to see the greater picture. One of my favorite sentiments on this topic was said by Gordon B. Hinckley, a former prophet for the Church.

That sentiment has carried me throughout my life. It’s what led me to pick my husband, one of the most loyal men I know. For me, personally, the goals I have set for myself could not have been accomplished this year if I didn’t have his support.

Members of the Church of Jesus Christ of Latter-day Saints have a document called, "The Family: A Proclamation To the World." It states, “Fathers and mothers are obligated to help one another as equal partners.” 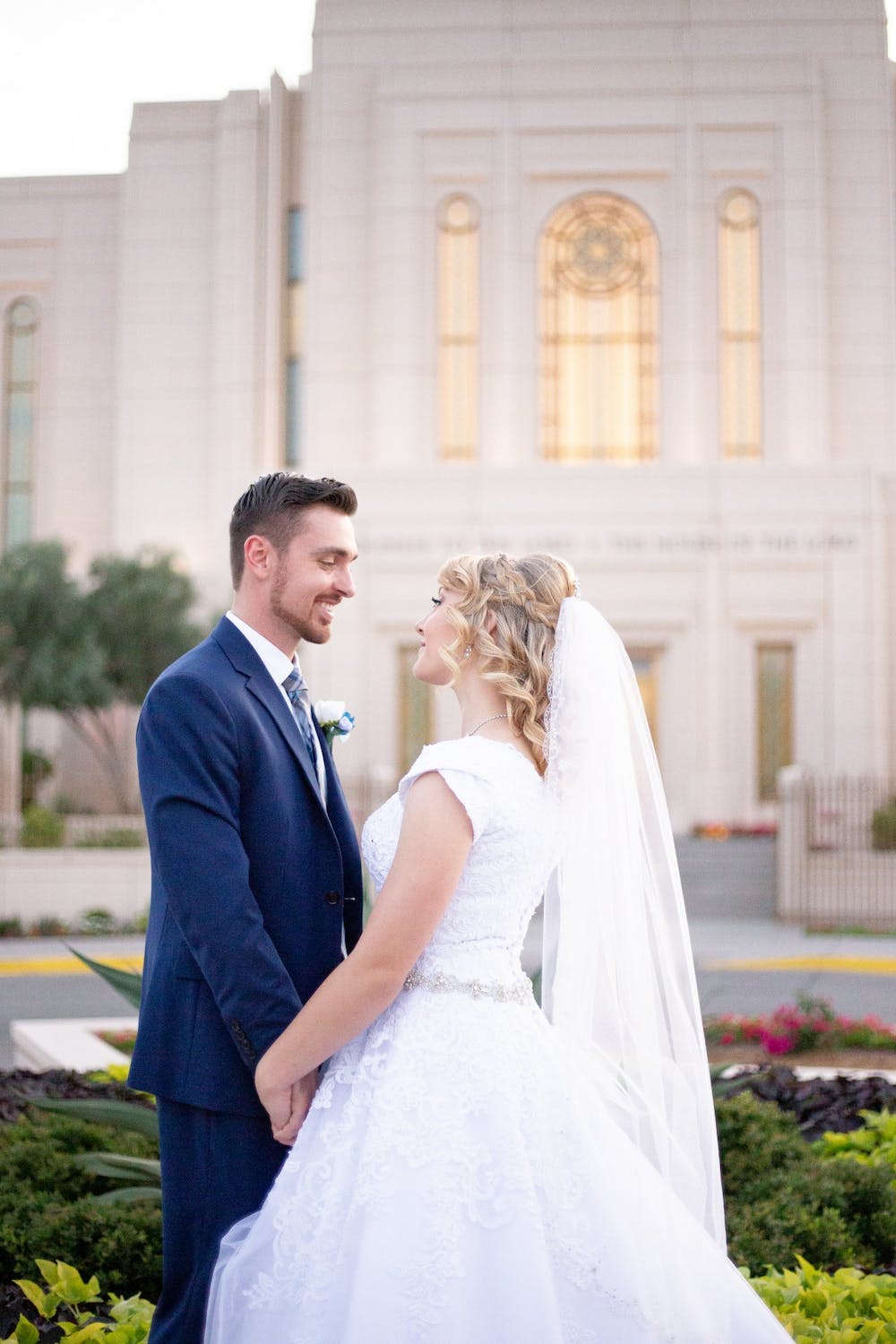 Stacy Brinson and her husband, Malachi Anders, pose for a portrait at the Gilbert Temple for the Church of Jesus Christ of Latter Day saints in Gilbert, Arizona on Saturday, May 16, 2019.

This statement was critical for me.

But I can tell you right now that, if that’s what a marriage is, there is no way in heck I ever would have been married.

Marriage is a partnership. Actually, better yet, it’s you and your best friend working together 24/7 to be the happiest you can be — at least, that’s what it's meant to me.

A perfect example of his support is during the last moments of my engagement, the day before our wedding. I accidentally ran over my husband’s 2017 Hyundai Elantra in a lifted suburban.

Keep in mind, this guy is crazy in love with cars. He washes, waxes and vacuums his car weekly. When he saw the damage, he just looked at me before laughing and cracking jokes about it.

Hands down, I don’t think I’ve ever received a more romantic gesture in my life — his patience and good nature proved me right. Ours is a marriage made to last.

I learned not to let anyone tell me what to look for in my marriage, because what works for some couples didn’t work for me, nor should I have expected it to.

When I took the advice of others instead of listening to my heart and mind, I felt like I was living a life that wasn’t my own.

For me, finding the right one in marriage was a myriad of emotions and logic. I loved him, and I also knew that he is reliable, intelligent and kind, most importantly.

My marriage isn’t perfect, but it’s pretty great. I am grateful for my upbringing which taught me what to look for in a marriage and to not shy away from the blessings and opportunities that follow.

So, to those who think I’ve given up my future, my response to you is this: just wait and see.