A new collection of student work was unveiled to the public this past week at the ArtSpace West gallery on ASU's West campus. The exhibition, titled "Speak Out," features work of various mediums from South Mountain High School students enrolled in the school's developing arts program.

Open throughout February to commemorate Black History Month, the "Speak Out" gallery houses thought-provoking student art that delves into topics ranging from abortion, immigration, LGBTQ+ solidarity and police brutality, to name a few.

Charles St. Clair, the technical director for the School of Humanities, Arts and Cultural Studies at the West campus, described the Glendale-based sect of ASU as the "cultural campus."

"We celebrate many cultures out here at the West campus, so I’m sure that other people can tell that we think of ourselves as ASU’s cultural campus," St. Clair said.

The West campus has previously displayed work exploring other cultural themes such as the commodification of indigenous spaces and the different elements of Hispanic culture.

St. Clair cited the integration of the Native American Heritage Festival and the Martin Luther King Jr. March on West as concrete examples of how the campus seeks to integrate culture into academia.

St. Clair also mentioned the West campus's annual Pioneer Award, an accolade for "a pioneer, an African American pioneer, who's brought to the state of Arizona prestige and was groundbreaking in other ways."

The award is typically given at the end of Black History Month. Last year's recipient, who received the award on Feb. 23, 2019, was executive director of ASU Gammage Colleen Jennings-Roggensack.

"We know historically the many forms of social injustice there has been … Looking around here, we’re seeing a lot of kids really trying to create a dialogue," Mohamed said.

Audrey Galat, the current gallery director for ArtSpace West, said the gallery has held a wide range of shows, and she added that it's wrong to censor art, even if that art is centered around polarizing topics or includes graphic content. 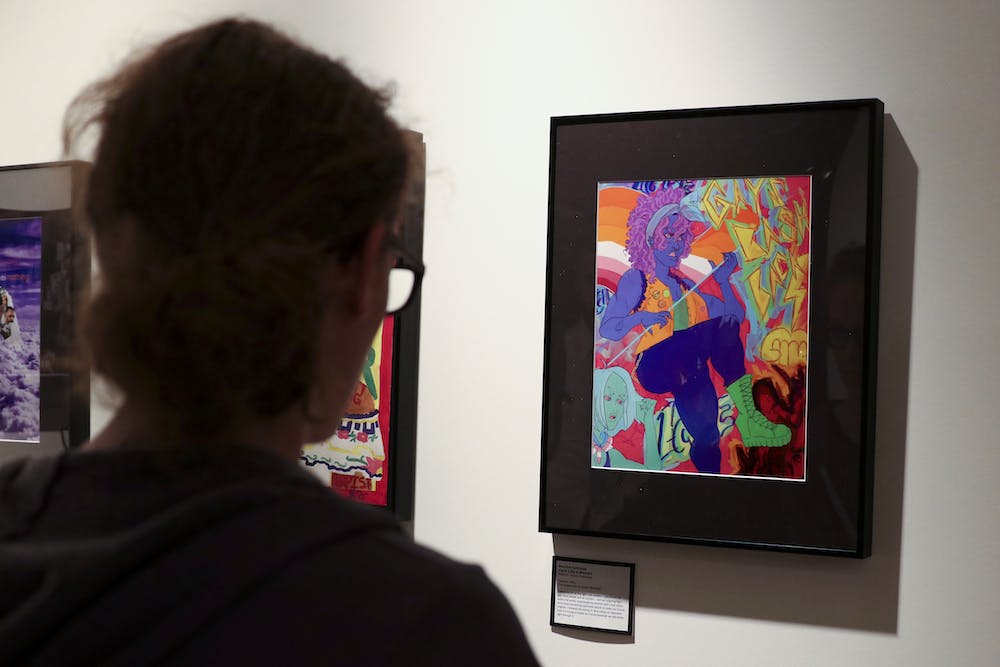 "It's not our role as facilitators of promoting someone's art to tell them what that art can and can't be," Mohamed said. "That's not for me to say. What's really nice, and it's valuable, is to see each perspective. Especially from high school students."

Matthew King, a digital art and design teacher at South Mountain High School, said the concept of "Speak Out" came to fruition during a class discussion.

King said his students were enthusiastic about being able to create a dialogue through art about a social issue close to their hearts.

Two of King's students, Rhiannon Sullivan and Angel Rivera, detailed the inspiration and motivation behind their work that was on display, as well as the impact their teacher has had on them.

Rhiannon Sullivan, a sophomore at South Mountain High School, said that her piece, "Be Nice," was intended to highlight the struggles and victories that the LGBTQ+ community has experienced throughout history.

"As a kid, you're always taught to be kind to others and treat them how you want to be treated, and so I kind of displayed this childish-like holding hands figure that a lot of kids make when they’re younger to represent that," Sullivan said. 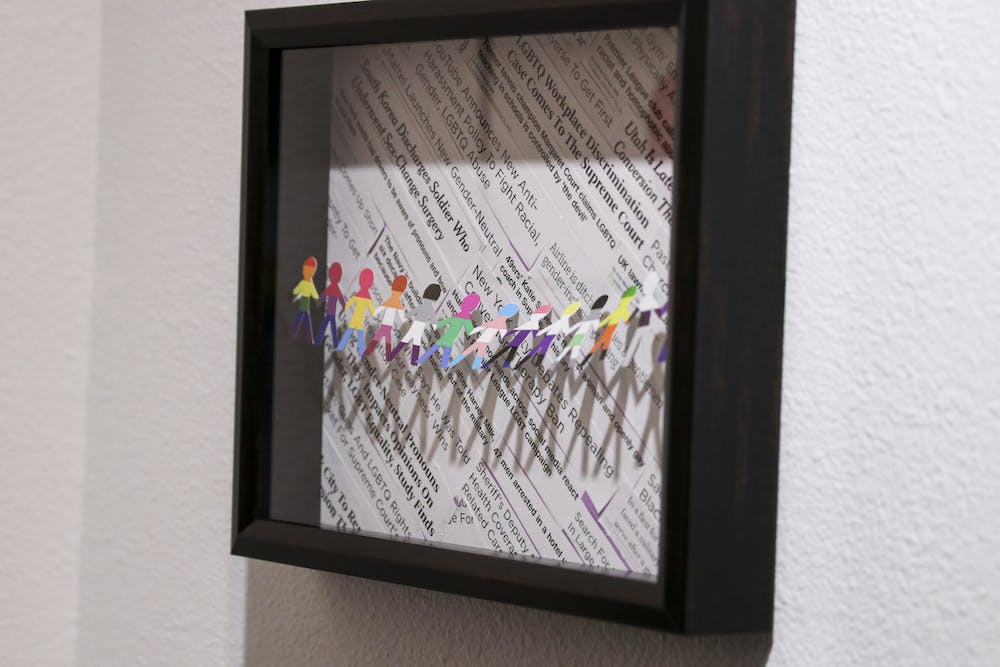 "Be Nice" by Rhiannon Sullivan is displayed at ASU's Art Space West in the exhibition "Speak Out!" on Wednesday, Feb. 5, 2020, on the West campus.

"It's not just problems, it's also good things," Sullivan added. "It's kind of to bring awareness to what's going on (within the LGBTQ+ community)."

Angel Rivera, a junior at South Mountain High School, explained that his piece, "A Phoenixes' Choice," was inspired by where he was born and raised, Phoenix.

"And they symbolize rebirth, so I kind of wanted it to be like you’re reborn prideful," Rivera said. "That's why I used the LGBTQ flag, the pride flag more specifically, just to kind of give people something they can connect with.

The student work from South Mountain High School showcased at ASU West campus is an opportunity for the next generation to open up powerful conversations about modern issues impacting their lives.

“Speak Out” is on display at the ArtSpace West gallery through the month of February. The gallery is free to the public and is open on weekdays from 12 p.m to 5 p.m.