For 12 years, Active Minds' Send Silence Packing exhibit has toured hundreds of college campuses across the nation in an effort to facilitate conversation about youth suicide and the stigma surrounding mental health, and on Tuesday —  the tour made its second-ever stop at ASU.

From 8 a.m. to 5 p.m., rows of backpacks sprawled across the Student Services Lawn, each one representing a life lost to suicide. Every backpack was paired with photos of suicide victims, and their stories told by loved ones.

The goal is to get onlookers to stop — even just for a few seconds — to understand the chilling impact of suicide.

Cahill said others walk past the display as if nothing happened, and that reactions depend on the individual because everyone will respond differently, a concept that is important to keep in mind.

But in a way, it also serves as a reminder for students that they're not alone.

Alexander said the ASU chapter of Active Minds is working with ASU Counseling Services to better inform students about the resources they have on campus. One measure they pushed was getting the crisis hotline number printed out on all student IDs.

Counselors were spread throughout the exhibit to support students in case they reacted strongly to the subject matter.

Alexander also said many students struggling with their mental health avoid the University's counseling services for financial reasons. She pointed out many aren't aware of the fact that students can get counseling fees waived. 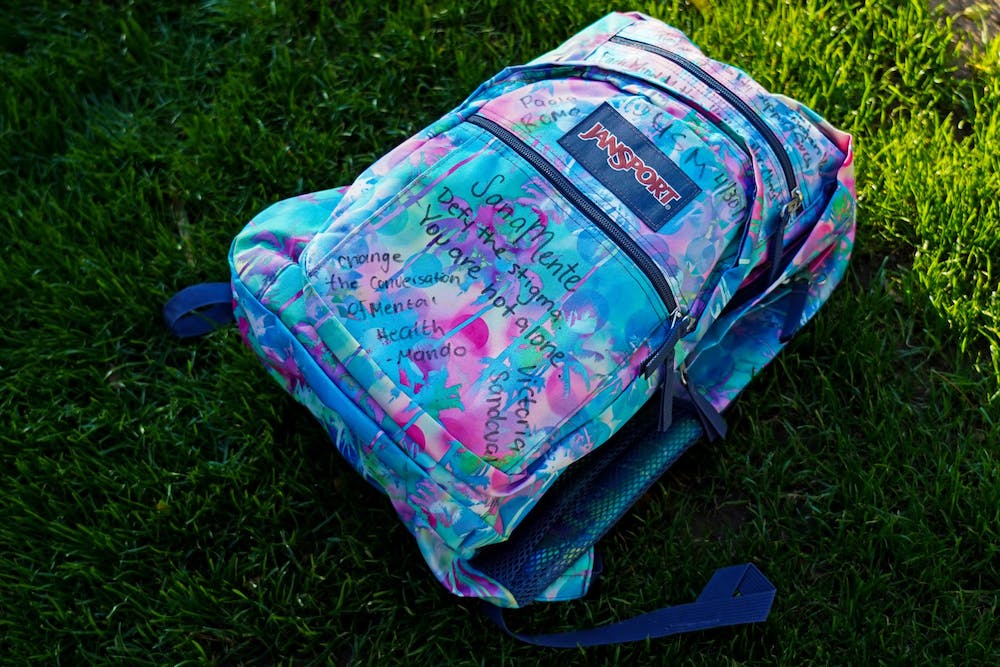 Backpacks, each one representing an individual who committed suicide, are displayed on the Student Services Lawn at a Send Silence Packing event on Tuesday, March 3, 2020 on Tempe campus.

"Money shouldn't be a barrier to get mental health counseling," she said.

Zakyre Vanstrom, a sophomore studying computer science engineering, said he was interested in volunteering at the event because he has been struggling with mental health himself, and he's seen how it's affected those around him.

Vanstrom said he hoped this event would give him the ability to connect to others and lend them a hand to "get them out of that spot," even if he ends up only impacting one person.

"Already just in the couple hours I've been here, I feel like I've had some conversations that really needed to be had," he said.

Earlier in the day, Vanstrom said he saw a friend he lost touch with last semester. He knew she struggled with her mental health and attempted many times to reach out and help her.

He saw her crying as she read the stories on the backpacks, and he found the perfect opportunity to comfort her. In that moment, the barrier between them that was set up from months of disconnect fell.

Erin Simon, one of the tour coordinators for the national chapter of Active Minds was also in attendance. She said the national organization's goal behind the exhibit is to focus less on the actual numbers and more on the visual impact.

"Looking at the backpacks, this can be one of your lecture halls, right? Like that's how many you see," she said. "And if one day you showed up to your lecture hall and all those people weren't there, like how jarring that would be and how, how you could see that it really shows just how much this really touches everybody."

The tour will continue Wednesday at San Diego City College and embark onto other campuses across the country for the remainder of the touring period.