Celebrating my birthday in quarantine

'With no birthday parties due to social distancing, I had to make the most of my birthday from home'

I lost count of the number of days I had been at home sometime in early April. Each new day of the week has started to blur together as any variety in life has forcefully disappeared, leaving me and many others with the same daily routine: wake up, stay inside, try to concentrate while working from home, do nothing some more and eventually go to sleep.

May 5, technically, was no different. I still stayed home. I did not see any friends or family apart from those I had already been quarantining with: my mom, brother and stepdad. However, it was also the day that I turned 20.

Many students born in March, April and May have, similarly to me, had to celebrate their birthdays while staying home this year. Though it may not have been what any of us expected, we still made the most of the situation.

Saigayatri Darira, a senior studying science of health care delivery, also turned 20 on May 3. She was able to hang out with several of her college friends virtually using Zoom.

From the safety of their separate homes, Darira and six of her friends celebrated and played an online game of Pictionary together using Skribbl.io.

As a twin, Darira said she felt that her virtual birthday party was actually more personal than a physical party might have been, because she was able to spend time focusing on her own friends instead of sharing the celebration with her sister.

“I felt like I wanted my own experience at a birthday party,” Darira said. “I think it went well.”

If not for social distancing, she said she would have liked to invite several of her friends to spend the night at her dorm in Tempe, which she previously shared with her twin sister and two other girls before the university moved to virtual learning and they each had to move home.

After her Zoom call ended, Darira and her family shared a cake and spent the night hanging out together. 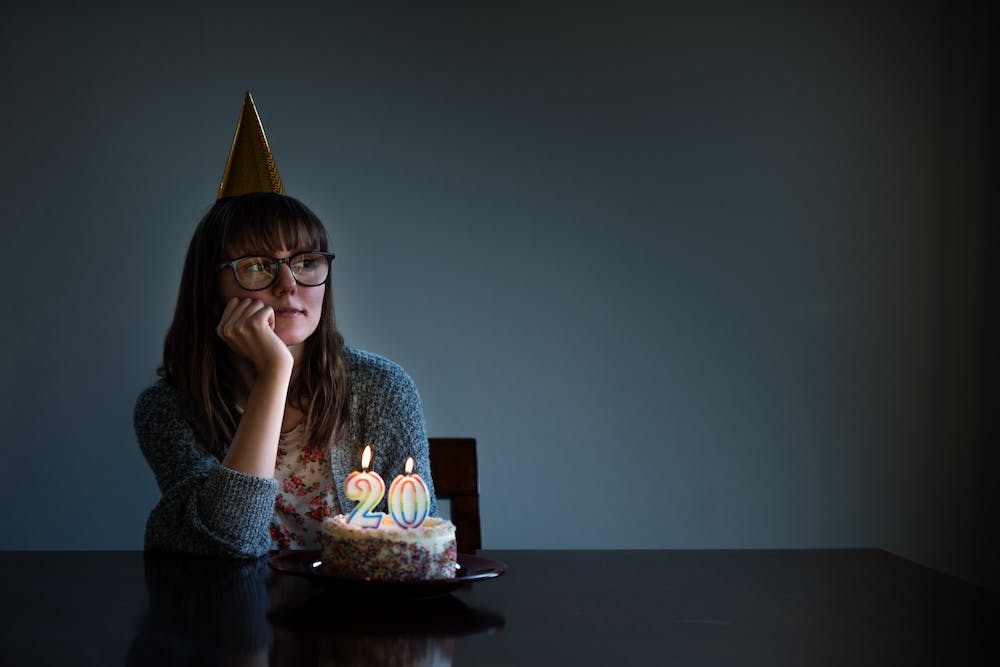 Endia Fontanez poses for a portrait on Saturday, May 16, 2020, at her home in Peoria. Fontanez celebrated her 20th birthday in March while self-isolating in her family’s home.

Quintin Walker, a senior studying journalism, missed an even larger milestone during the COVID-19 pandemic: his 21st birthday, which was on April 30.

Before the pandemic, Walker was studying in Orlando, Florida for an internship. He said he was looking forward to spending his 21st birthday at Epcot, where he had planned to try their selection of drinks from 11 different countries.

With the cancellation of his internship, Walker moved home to Minnesota, where “the only option that was safe for everyone was just for me to be at home with my family, because we had already been quarantined together.”

Walker said he had considered hosting a party over Zoom, but decided that it would be difficult to schedule something that worked for all of his loved ones in Minnesota, Arizona, Florida and more. Instead, he FaceTimed some friends individually throughout the day and ultimately spent his birthday with his immediate family.

“I definitely missed out on a lot physically, but in some ways I got more meaningful experiences by not being where I was meant to be,” Walker said. “I had a lot of people reaching out to me, messaging me, and I got to spend time with people that I probably wouldn’t have been able to on the actual day, had things gone according to plan.”

Like Walker, I found my previous birthday plans disrupted and instead spent my special day at home with family. However, it ended up being one of the better birthdays that I’ve had.

I woke up to a long text message from my childhood best friend, to my step dad cooking me breakfast in the kitchen and to my brother handing me a homemade birthday card.

I spent the morning lounging in my sweatpants, coffee in hand and cat at my feet, responding to messages on Twitter, Facebook, Instagram and Snapchat as well as numerous texts from all of my friends and family.

At some point in the early afternoon, I went for a drive with my brother. No destination in mind, just the two of us and the Panic! At The Disco CD in the stereo.

When we came home, my mom had deliciously warm pasta delivered from my favorite restaurant, Picazzo’s, and the four of us sat around the dinner table together.

For dessert, we baked a birthday cake using gluten free boxed vanilla cake mix and an entire can of cream cheese frosting. My brother and I laughed as batter flew onto both of our glasses while we mixed the ingredients together. My mom lit 20 candles and my whole family sang “Happy Birthday” to me — even my aunt, uncle and cousins, who were on speakerphone.

The four of us ended the night on the living room couch, snuggled under my Nana’s crocheted blankets and watching my favorite movie, “Star Wars: Episode VIII - The Last Jedi.”

It may not have been what I expected my 20th birthday to be, but I am extremely grateful that I got to spend my special day surrounded by my family, whom I might not have seen had it not been for quarantine.