Amid a pandemic, recession and protests, businesses in Arizona reopen

As COVID-19 cases rise in Arizona, businesses are tasked with safely making it through the coming months

For over two months, Antique Sugar, a vintage clothing store in Phoenix, has sold its clothing through social media due to the nationwide lockdowns implemented to prevent the spread of COVID-19.

Glued to the TV screen two nights before the store would reopen to customers, Sarah Bingham, a co-owner of the store, watched as protesters marched through the streets of downtown Phoenix over the death of George Floyd on May 25.

Soon, Bingham recognized where the protesters were as they marched down 2nd Street to where her store is located. Ten minutes later she got a call from the bar next door saying her windows had been smashed, Bingham said.

"It was literally one little white twerp," Bingham said. "One guy just ran up and smashed the window and then took off. It's not the protesters, it's just like a few little agents of chaos using this as an opportunity to go wreak havoc."

During lockdown, the store was only able to pull in about 25% of the revenue it typically did, and like many small businesses, the $800 cost of replacing a broken window was one more defeat in a grueling four months financially for businesses affected by the recession caused by the coronavirus.

"That’s not a small amount of money for a small business, and especially when we've been out of business for a few months (in store)," Bingham said. "It's not going to kill us, but it is not where I want to be putting money right now."

Bingham said the summer months are slow every year and the coronavirus will make that worse.

Now, Antique Sugar has to determine how to safely reopen a clothing store, decide by July if they will extend their store lease for another year and continue to worry if they will be able to pay their bills if a second wave occurs and the business shuts down again. 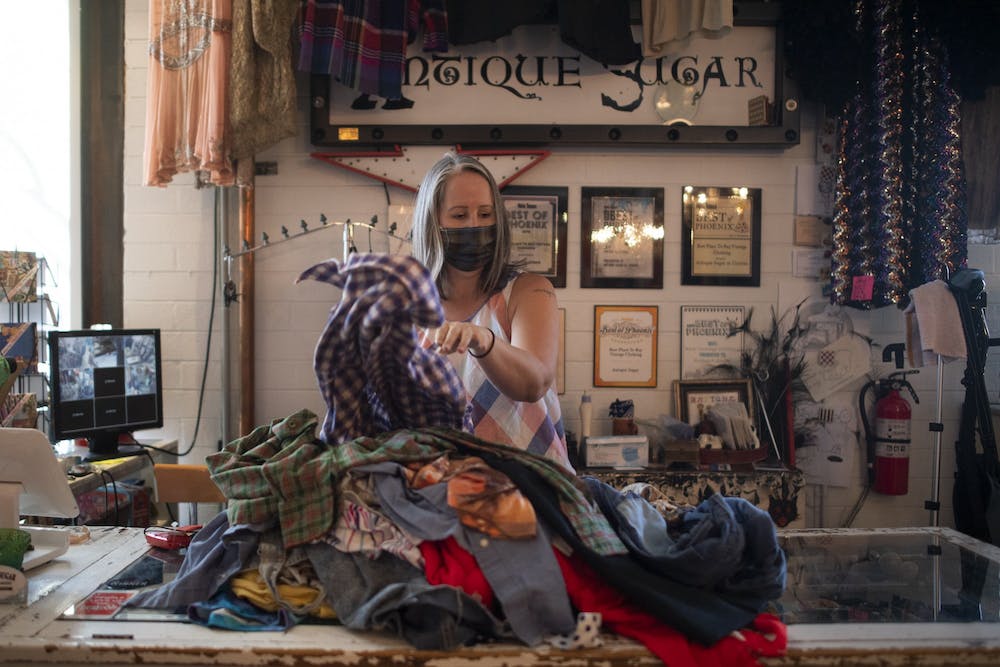 Valerie Moffat
Antique Sugar co-owner Sarah Bingham sorts a load of laundry on Friday, May 22, 2020, at her store in downtown Phoenix.

Relief from the Small Business Administration provided by the coronavirus relief bill passed in March was supposed to help small businesses stay afloat amid the pandemic, but it quickly dried up just weeks after an abundance of applications from businesses large and small, said Hitendra Chaturvedi, a professor at the W.P. Carey School of Business.

"It was survival of the fittest," Chaturvedi said. "People who had the connections and the muscle power ended up getting the loans and a few lucky small business owners ended up getting some money."

By the time the money was out, it reminded Chaturvedi of when aid is distributed in a third world country when there is famine. The rich and powerful get the food, while those in need continue to suffer, Chaturvedi said.

"I would estimate that somewhere between 20 and 25% of the region’s small businesses won’t be standing when this thing is over," Christine Mackay, Community and Economic Development director with the City of Phoenix, said in the report. "It’s going to be deep, and it’s going to be brutal. We’re working to help those businesses any way we can to see the light at the end of the tunnel and hang on just a little bit longer."

Bingham said her business was unable to receive any loans until May from the coronavirus relief bill. She finally received a loan from the Economic Injury Disaster Loan, one of the loan programs designed to help small businesses, two months after it had passed and long after she had applied. 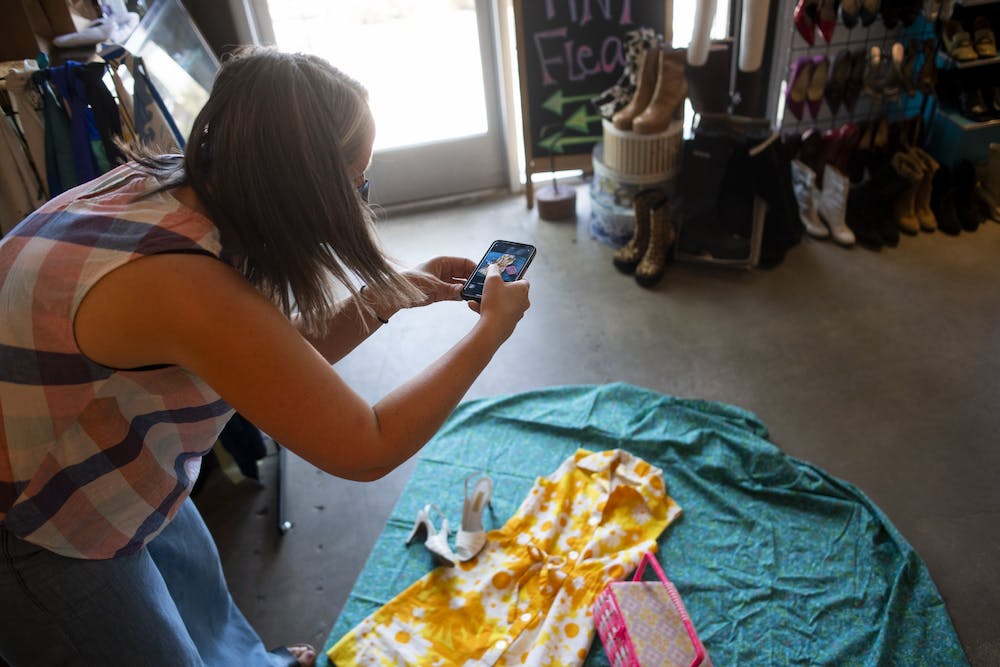 Valerie Moffat
Antique Sugar co-owner Sarah Bingham photographs a dress for the store’s Instagram page on Friday, May 22, 2020, at her store in downtown Phoenix.

"We didn't hear anything for over a month," Bingham said. "Then when the first round of payment protection ran out of money, we just kind of thought, ‘well that's it.’ We had enough reserves to get us through June in our savings account and then after that we're just out of money."

By the end of May, Antique Sugar had received and accepted about $23,000 from the two loans they applied for, Bingham said.

Arizona has made national news recently over its spiking number of COVID-19 cases, deaths and hospitalizations. The state now has over 35,000 cases and almost 1,200 deaths, according to data from the Arizona Department of Health Services.

The biggest fear now is if COVID-19 cases continue to go up in Arizona, and the state is forced to go back into a lock down once more, which Bingham said would be "a financial life ruiner."

According to Chaturvedi, if a second wave of the coronavirus causes business to shut down again, the government must step-in and "funnel" relief money into small businesses. A second wave "would be brutal," he said.

"I don't think that we ever saw the decline that was supposed to guide the reopening," Bingham said. "I think we plateaued for a couple of days, but we’re seriously spiking right now and I know it's going get worse."