After a five month hiatus, the ASU Art Museum returns with exhibition from a Hawaii-born abstractionist artist and new safety guidelines

The ASU Art Museum reopened its doors to the public on Aug. 20 after a five-month hiatus with a new exhibition of work by renowned postwar abstractionist Toshiko Takaezu.

Look to Nature, housed in the ASU Art Museum Ceramics Research Center until the end of February, features work by Takaezu drawn from the museum’s permanent collection.

The ASU Art Museum and Ceramics Research Center have implemented numerous safety measures as the spaces have reopened, including temperature checks, separate entrances and exits and limitations on visitors per hour, said Miki Garcia, the director of the ASU Art Museum.

Garcia said the safety measures implemented included a rotating staff schedule with three teams "so not everyone is in the same spot, and so we can limit the contact control."

Prospective visitors are required to wear a face mask and must register for a time slot prior to their visit to either the research center or the museum on the ASU Art Museum’s Eventbrite page, Garcia said.

Hawaii-born Takaezu, who died in 2011, primarily worked in clay, expanding beyond the medium's utilitarianism with her use of experimental glaze and abstract forms. Later in her career, she delved into other artistic mediums, such as textile work and painting. 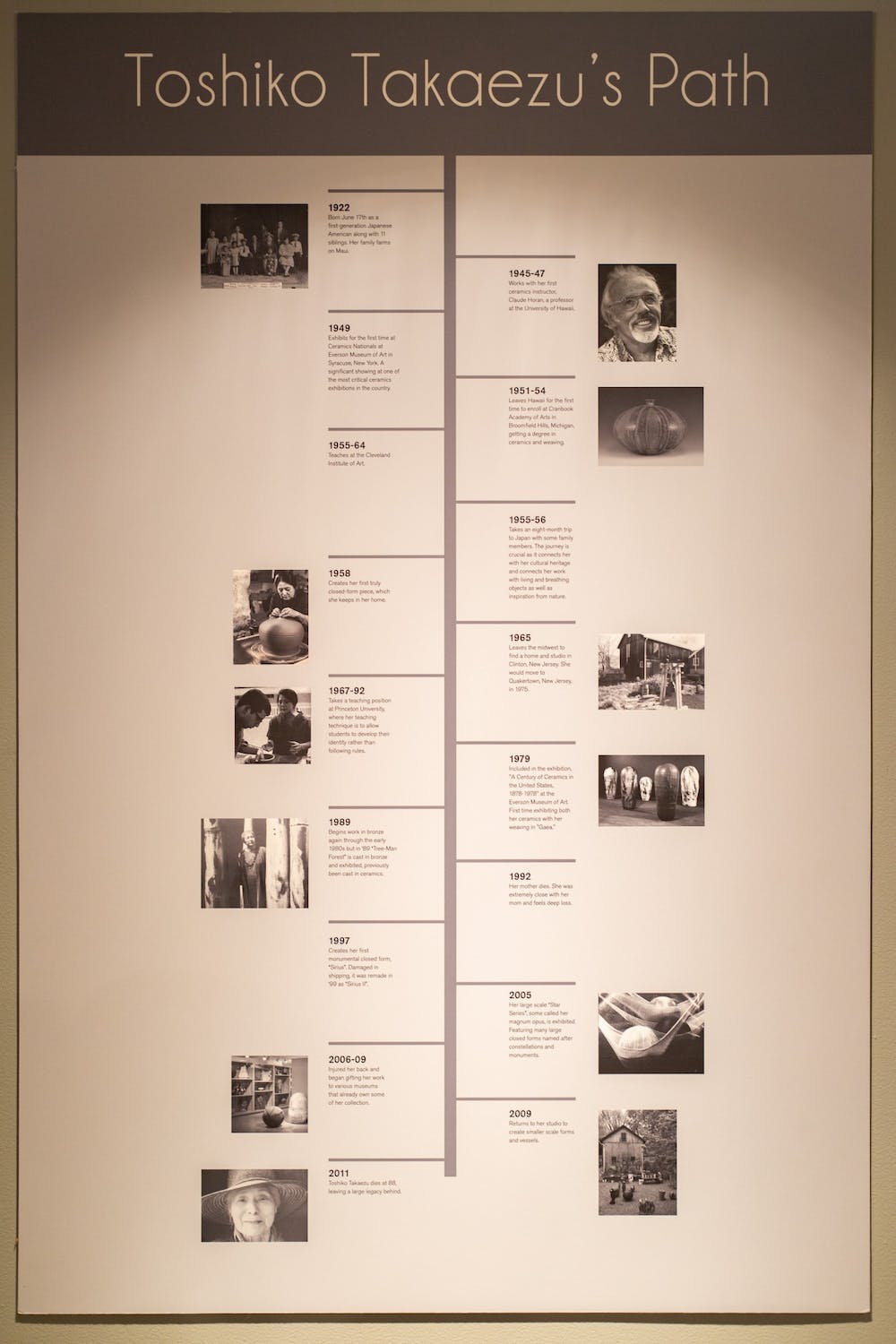 Isabel Han
Toshiko Takaezu's "Look to Nature" exhibition is showcased at the ASU Ceramics Museum in the Brickyard at Tempe, Arizona, on Friday, August 28, 2020.

"Her art process is looking at things through her love of nature, which helps her expand who she is in the world," Mary-Beth Buesgen, the curator of the exhibition, said. "So we wanted to focus on that, too, because she saw no difference in making pots, cooking, growing vegetables, and they all related and they were all very important to her."

The New York Times has compared Takaezu’s work to the likes of eminent abstract expressionists, such as Franz Kline and Jackson Pollock, while coalescing the harmonious qualities of traditional Japanese pottery-making, Buesgen said.

The center held a virtual reception for the exhibition on Saturday, Aug. 29, which included a guided meditation with ASU's Center for Mindfulness, Compassion and Resilience, virtual interaction with additional works and testimony from past students and peers of Takaezu.

They "decided to collaborate on this event because there is a clear intersection between art and mindfulness," Nika Gueci, executive director of University Engagement at the Center for Mindfulness, wrote in an email. "Art can be a way to promote self-care and provide a way to step outside of our daily lives to witness beauty."

Buesgen described Takaezu's ceramics work as a three-dimensional canvas for the artist to explore the use of glaze as a form of painting, a technique that was translated to Takaezu’s work with bronze sculpture.

"We have original photos, I found this reel-to-reel film … and I had it digitized," Buesgen said. "So in the space you can actually see her process of how she glazes, and from that it's just amazing because when you look at the pieces, you have a better understanding of how that brush stroke was made or how this process was done." 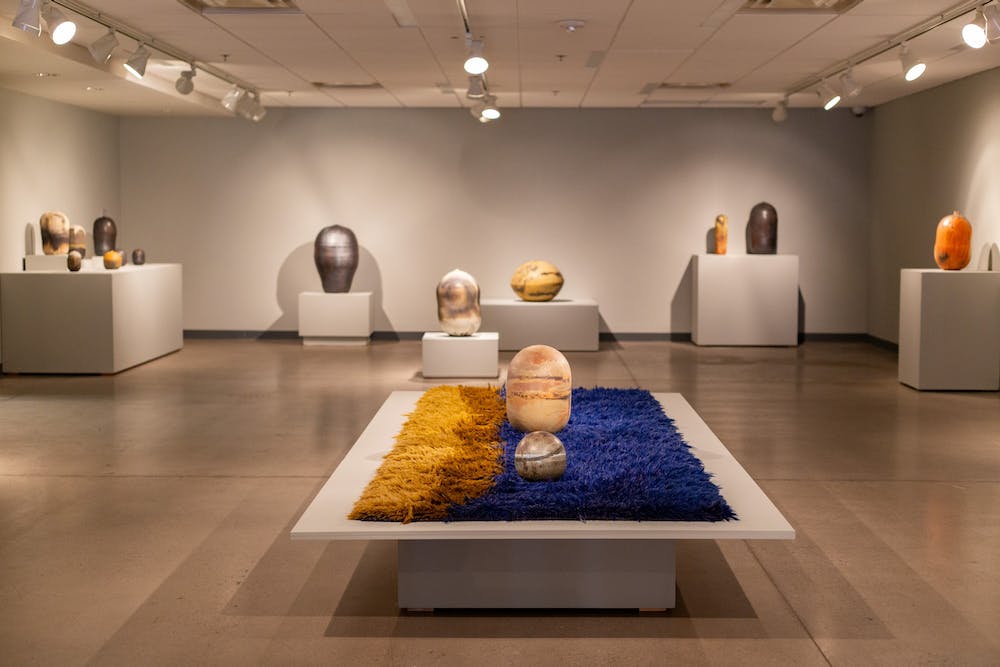 Isabel Han
Toshiko Takaezu's "Look to Nature" exhibition is showcased at the ASU Ceramics Museum in the Brickyard at Tempe, Arizona, on Friday, August 28, 2020.

Samuel Chung, a ceramics professor at the School of Art, said Takaezu has had a lasting impact "as one of the most prominent female figures" in ceramics and breaking through the male-dominated field.

He said he views Takaezu's work as "tranquil, but also very active in the way that she marks her work, almost like she's marking a moment in time."

"Each piece is incredibly unique, despite the fact that they're all quite similar, they follow … a similar bulbous, monolithic form," he said. "So I think the work itself probably stands out in the field, and will probably stand out in the future."