Candidates running for president in 2020

Here are the leading presidential candidates heading into Election Day, including both major parties and write-in tickets

In Arizona, three presidential tickets are listed on the ballot, along with the option to write in a candidate's name.

Here are the presidential candidates and where they stand on some of the most important issues to voters heading into Election Day. 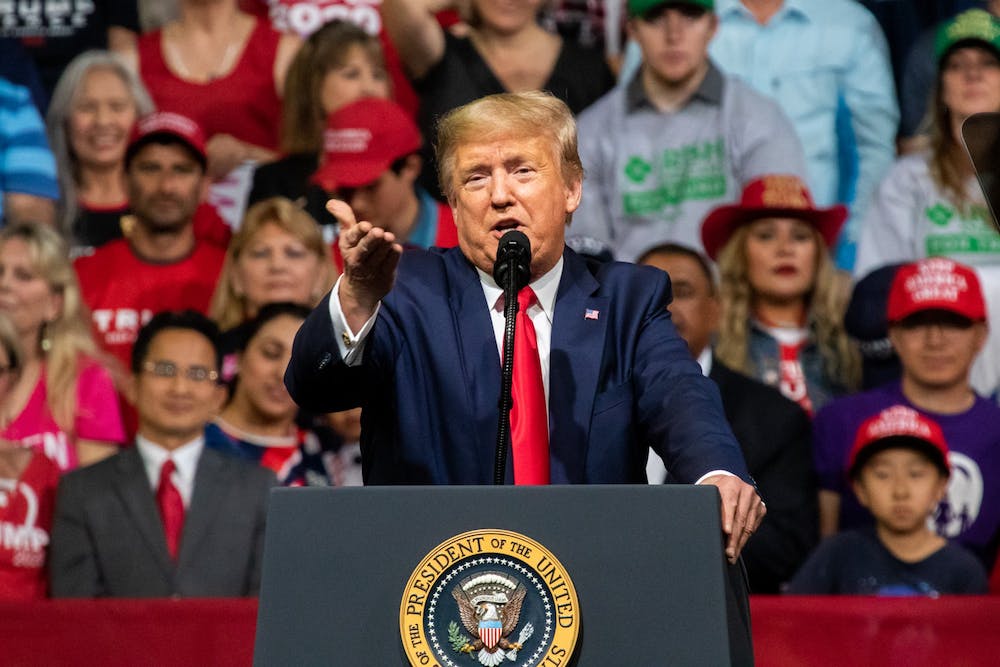 President Donald Trump is the incumbent running with Vice President Mike Pence for a second term.

The economy under the Trump administration has been a rollercoaster ride, in part due to COVID-19. In the wake of the virus, unemployment rates reached 14.7% in April, an increase of 11 percentage points from the previous year, according to the U.S. Bureau of Labor Statistics.

Today, the gross domestic product is down about 31% in the second quarter of 2020 compared to a 5% decrease in the first quarter, according to the Bureau of Economic Analysis. The decline in GDP, the value of goods and services in the U.S., is largely attributed to the effects of the pandemic, according to the bureau.

According to the White House website, Trump plans to dedicate $200 billion for infrastructure, while reducing permit waiting times from 10 years to two years.

Trump's campaign website touts his past initiatives like tax cuts, job growth and empowering women to grow the economy.

In a recent interview with David Wallace, Trump announced his administration would have a healthcare plan to replace the Affordable Care Act, known as Obamacare, by the start of August, a plan that has yet to come to fruition.

Instead, Trump's campaign website highlights measures that reduced medication costs, repealing the individual mandate and his administration's actions to address the opioid crisis in the U.S.

The American Health Care Act, a 2017 bill passed by the House but not the Senate and supported by Trump, would have partially repealed the ACA.

Two Supreme Court justices - Neil Gorsuch and Brett Kavanaugh - have been confirmed under the Trump administration. The Senate Judiciary Committee will vote to approve Trump's most recent nominee, Amy Coney Barrett, on Oct. 22. If approved, the Senate will move to a final confirmation vote on Oct. 26.

About a week after Justice Ruth Bader Ginsburg died in mid-September, Trump announced Barrett as his nomination to fill the court vacancy, a move that only 39% of Americans support, according to recent polling.

Beyond the Supreme Court, Trump has appointed 24% of active federal judges to lower courts during his first term.

Upon entering office, Trump asked Congress to fund the construction of a border wall, parts of which are still being built in Arizona.

While in office, Trump established a national emergency regarding the border with Mexico, which allows access to specialized powers to enforce border security.

Trump directed the Department of Homeland Security to repeal the Deferred Action for Childhood Arrivals program, claiming it had no real legal authorization. The Supreme Court overturned the repeal in a 5-4 decision.

The Trump administration has implemented several other immigration policies, such as rescinding a number of other asylum procedures, signing several executive orders relating to international crime and advocating for a merit-based immigration plan.

At a recent presidential debate, Trump dodged questions asking him to condemn white supremacist groups until a town hall event on Oct. 15. He has repeatedly declared himself the president of "law and order." 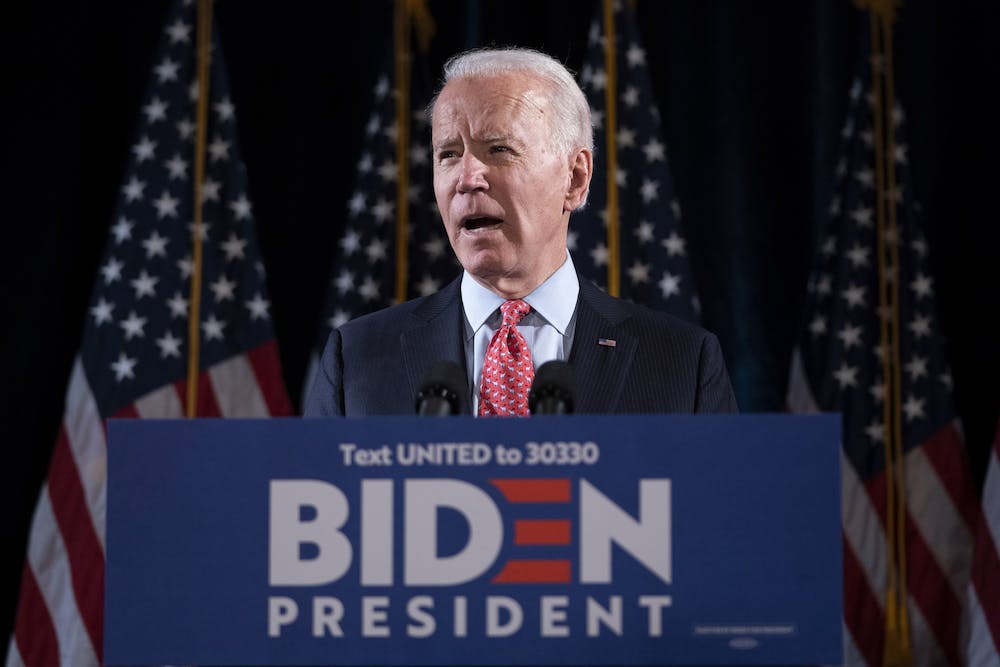 At the end of Joe Biden's second term as vice president, the Obama-Biden administration left office with a GDP growth rate of about 2.3%.

At the end of their administration, unemployment rate was at 4.7%, after being as high as 10% in the beginning months of the Obama-Biden administration, directly following the 2007-2009 Recession, according to the Bureau of Labor Statistics.

Biden plans to keep and expand on the ACA, which was originally signed into law in 2010 under the Obama-Biden administration.

Since the inception of the act, it has been at the center of the health care debate, with the Trump administration arguing the effectiveness of "consumer-driven health care reform" and individual’s responsibility to health care, according to a 2012 study.

Biden’s plan to expand the ACA includes tax credits to families below the poverty line, simplifying the healthcare system and creating price ceilings to reduce the costs of prescription drugs.

Biden opposes the current effort to appoint Barrett and to fill the Supreme Court vacancy before the election.

He has avoided answering questions about possible plans to add more justices to the Court, or pack the court, if elected.

"They’ll know my position on court-packing when the election is over," Biden said in a recent campaign stop in Phoenix.

Biden supports legislative change toward immigration, such as allowing undocumented immigrants currently in the county to have a path to citizenship in addition to protecting DACA, "improving and increasing opportunities for legal immigration" in the country and allowing immigrant families to be reunited.

Biden also supports policies to help accept asylum-seekers and refugees into the country more easily than under the current administration, as well as to implement "effective border screening," according to his campaign website.

Biden does not support the construction of a border wall, and if elected, he would end the national emergency Trump declared in 2019.

Biden supports rebuilding the economy to root out "systemic racism from our laws, our policies, our institutions, and our hearts," according to his campaign website. 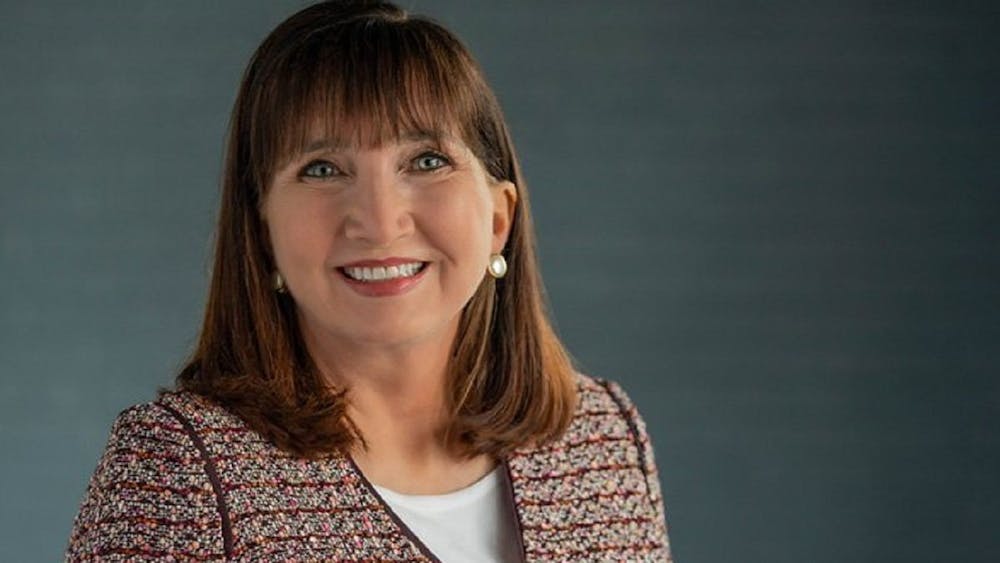 Jo Jorgensen is running with Jeremy "Spike" Cohen alongside her to make up the Libertarian presidential ticket.

At the top of Jorgensen’s economic priority list is lowering government spending and taxes, which she believes will create more jobs.

In support of small businesses, Jorgensen said she will push to end permitting and zoning requirements, which "kills jobs."

Jorgensen believes mandated business closures due to COVID-19 contributed to recent high unemployment rates and the overall current economic circumstances, according to her campaign website.

Jorgensen believes the current health care system is “broken,” according to her campaign website.

Jorgensen is opposed to a nationalized health care system and instead is an advocate for a free-market system. She blames the Federal Drug Administration for high medication prices, and said if she's elected she will eliminate FDA efficacy requirements, or the FDA entirely, and make more medicines available over the counter.

In a recent interview, Jorgensen said if she was the sitting president she would be pushing to fill the Supreme Court vacancy before the general election.

After Trump announced his nomination, Jorgensen released a list of her top 18 Supreme Court nominees, in case she is elected president and the seat is not filled, according to Jorgensen’s campaign website. Her list did not include Trump’s nominee, Barrett.

Jorgensen believes "the freedom to trade and travel is fundamental to human liberty," according to her campaign website.

If elected, she says she would work with Congress to reform the immigration process by increasing the number of immigrants allowed to legally enter the country, shortening waiting times and expanding visas, according to her website.

Undocumented immigrants already living in the U.S. would be provided a pathway to citizenship, according to her website.

Jorgensen, if elected, would reduce the funds the federal government provides to police departments and to the Drug Enforcement Administration, according to her campaign website.

She would also work to end no-knock raids and qualified immunity. Her campaign website adds that she would allow "drug offenders now in prison who have harmed no one" to be released, and would "federally decriminalize all drugs and encourage states to do the same." 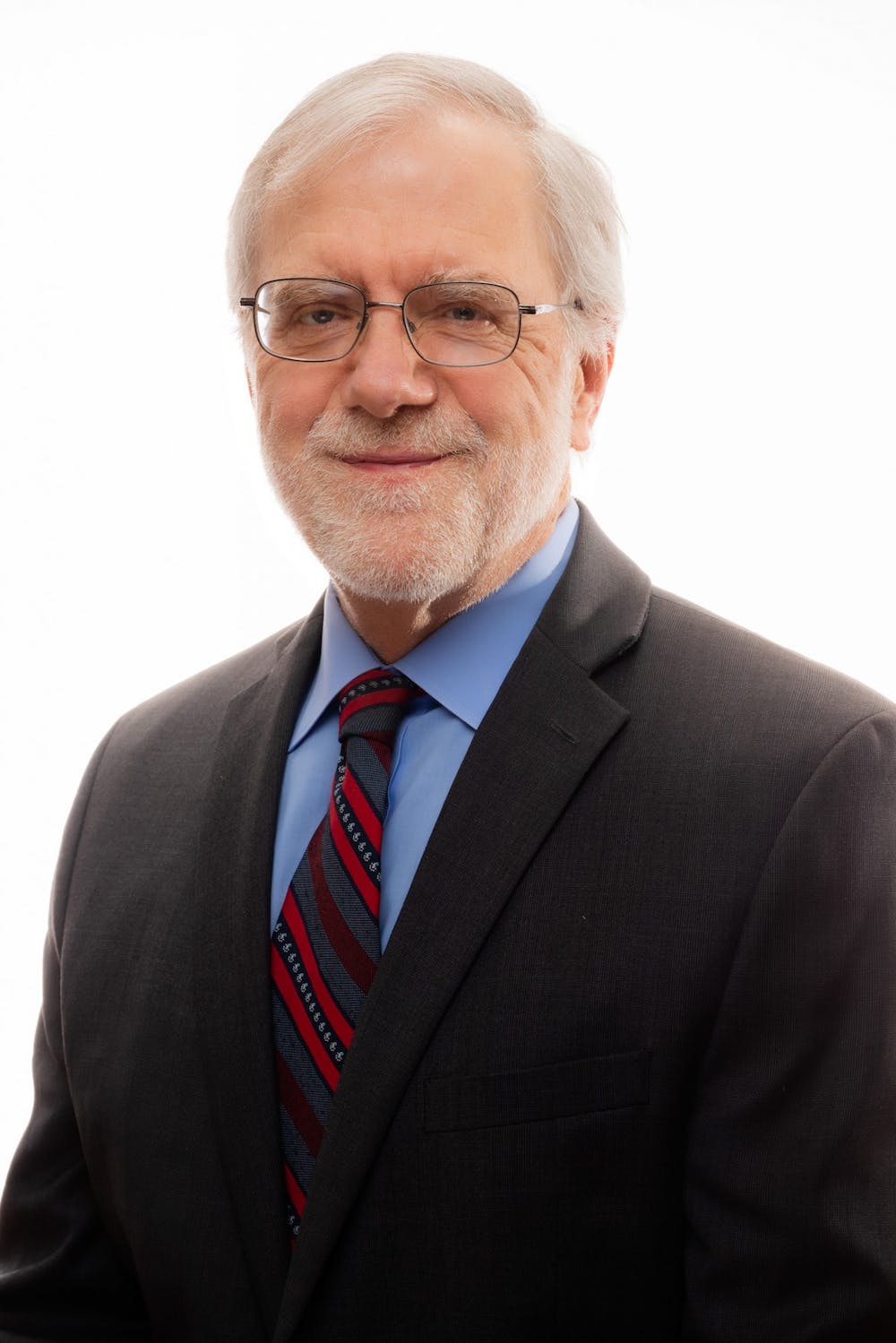 Howie Hawkins and his vice presidential candidate Angela Walker are the write-in ticket for the Green Party.

Hawkins advocates for an economic plan, coined the "ecosocialist Green New Deal." According to his campaign website, the plan builds off of the Green Reconstruction Economy Program and the Economic Bill of Rights, which President Franklin D. Roosevelt proposed in 1944 as part of his State of the Union address.

Embedded in the Economic Bill of Rights are six constitutional amendments that address issues such as poverty, affordable housing and free public education.

According to Hawkins campaign, the Green Reconstruction Economy Program will "zero out greenhouse gas emissions by 2030," and work to establish an "ecological sustainable" economy.

According to the Hawkins' campaign website, "the only sacrifices will be made by the very wealthy and large corporations, who will contribute most of the funds needed to pay for this program via higher taxes for them, accompanied eventually by lower taxes for the rest."

Hawkins says the U.S. has a growing health crisis. If elected, his administration would push to pass the Hawkins Healthcare Plan, a two-step, single-payer healthcare system which guarantees Medicare for all.

According to his website, this health care plan is "a community-controlled national health service, delivering services largely through publicly owned clinics and hospitals employing salaried staff, and governed by a federation of locally-elected boards."

Hawkins supports providing undocumented immigrants with "a timely path to citizenship," and the abolishment of Immigration and Customs Enforcement and Customs and Border Protection, according to his campaign website.

If elected, he will push for border policy similar to the European Union, and people will be required to present identification when crossing international borders.

The only people who would be detained would be those who cross the border without checking in at a border crossing, are wanted on criminal charges or are affiliated with a terrorist organization.

Hawkins supports strengthening and enforcing anti-discrimination laws in the political, employment, education, housing, immigration and criminal justice systems, according to his campaign website.

According to the website, the Economic Bill of Rights would establish universal programs that would provide "economic security in a race-conscious way."

Hawkins says he would use affirmative action to reverse segregation in housing and schools and would enact House Resolution 40, known as the Commission to Study and Develop Reparation Proposals for African-Americans Act.

Posted by Party for Socialism and Liberation - Chicago on Tuesday, October 6, 2020

Gloria La Riva is a write-in candidate for the Party for Socialism and Liberation with Sunil Freeman as her running mate.

La Riva has voiced her goal to repeal the Taft-Hartley Act.

In addition, she advocates for taking power from banks and corporations in order to "seize their assets and use those resources in the interests of the vast majority."

As socialist candidate, La Riva and her party support the theory of societal organization, which advocates for the means of production, distribution and exchange of goods be turned over to the community. The theory is not just an economic philosophy, but applies to social and political ideologies as well.

If elected, La Riva has stated her intention to "create a completely free and public health care system" on her website. She also supports a woman's right and access to abortion.

La Riva says on her website that "only the socialist reorganization of society can assure the future of the people and the planet." Pollution from fossil fuel, depleted oceans and nuclear weapons have threatened all life, La Riva's website says. Her plan is to seize oil and coal companies and use sustainable energy in order to stop fossil fuel pollution.

According to her website, La Riva wants to abolish anti-immigrant laws, dismantle the border wall and give amnesty to those in the country without documents. If elected, she hopes to end deportations and shut down detention centers run by ICE.

La Riva wants to work toward equality for women, including working to close the wage gap.

In relation to foreign policy, La Riva wants to end the blockade of Cuba and sanctions against all countries, and give Puerto Rico its independence from the U.S.

Senior reporters Piper Hansen and Wyatt Myskow contributed to the writing of this article. 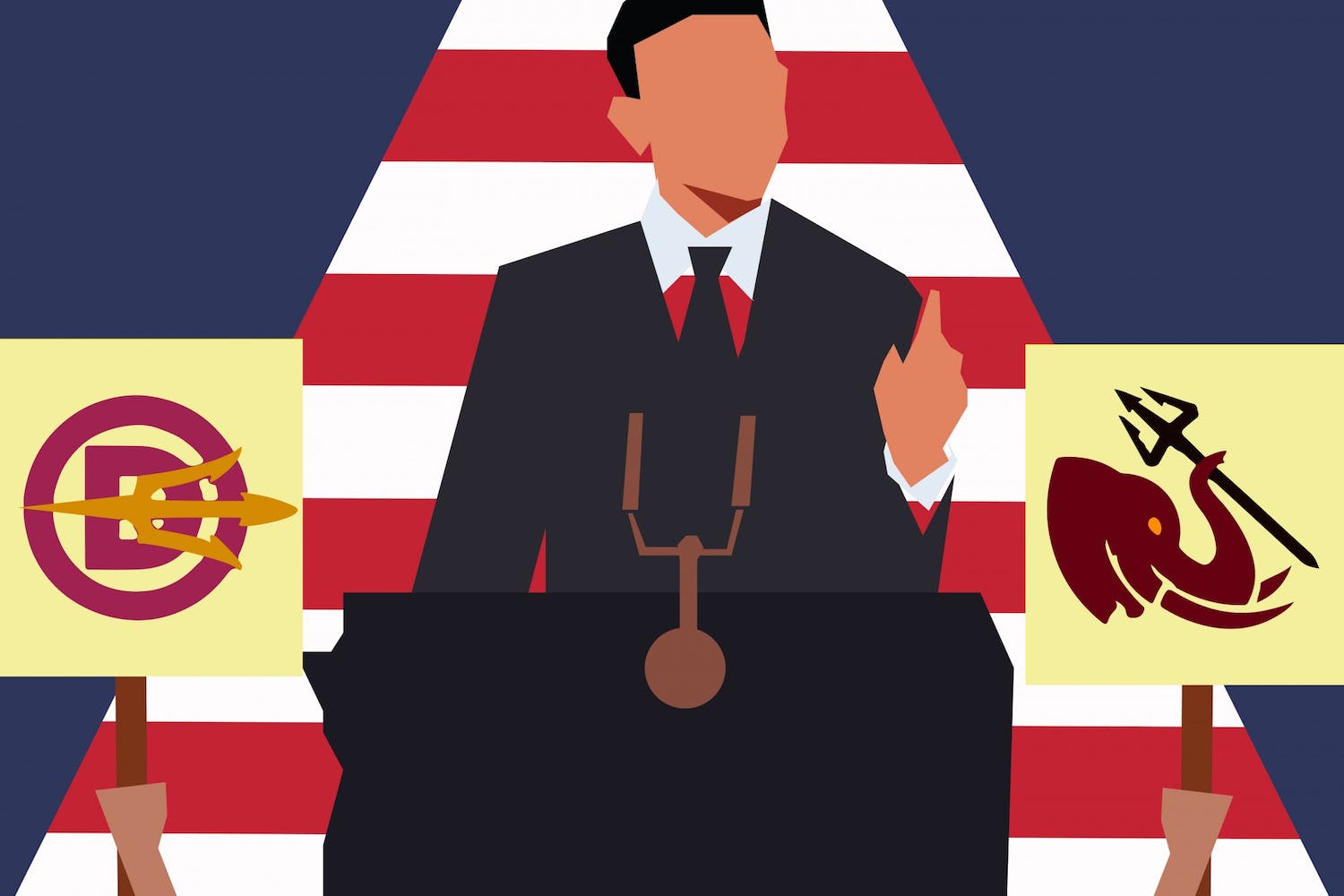 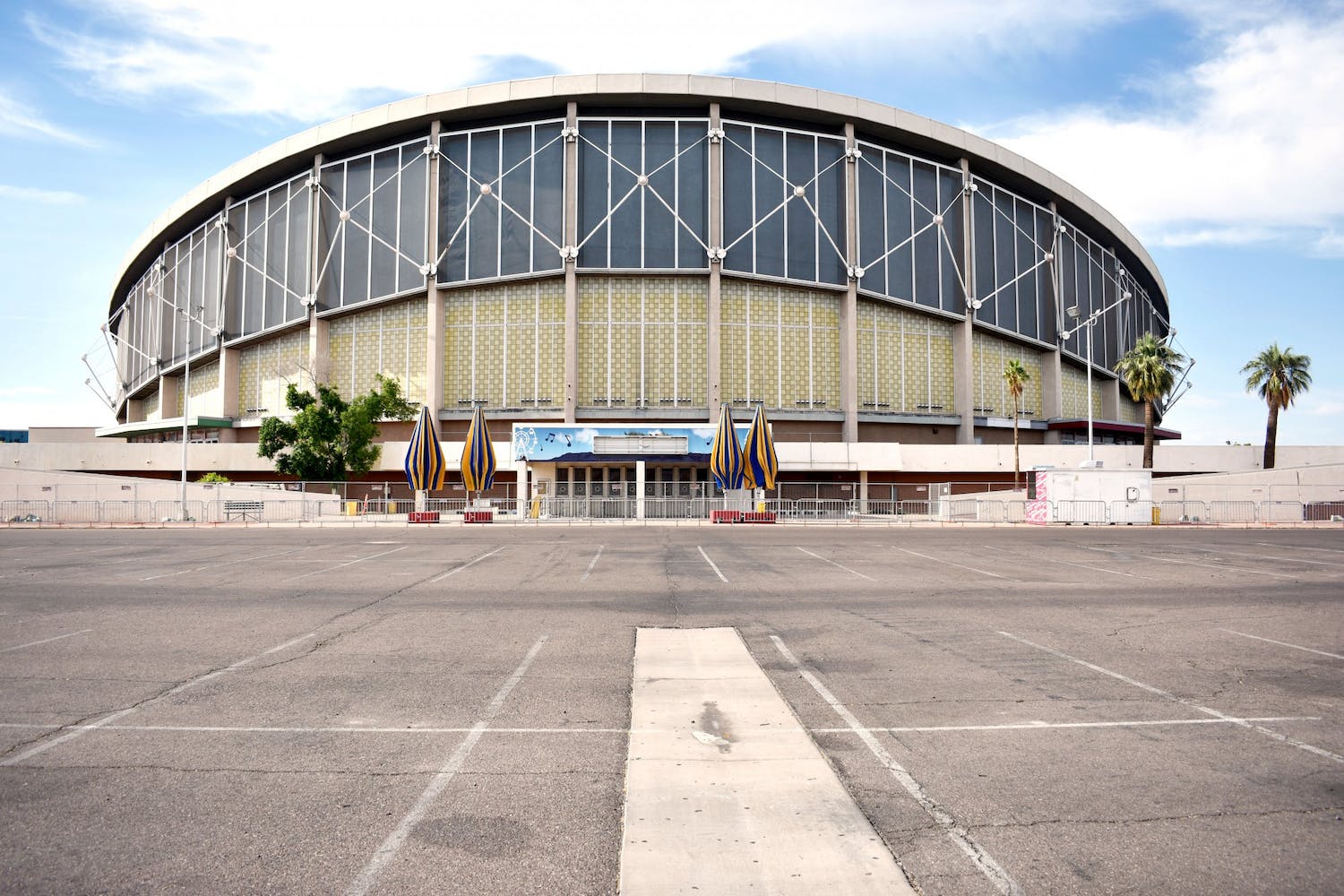 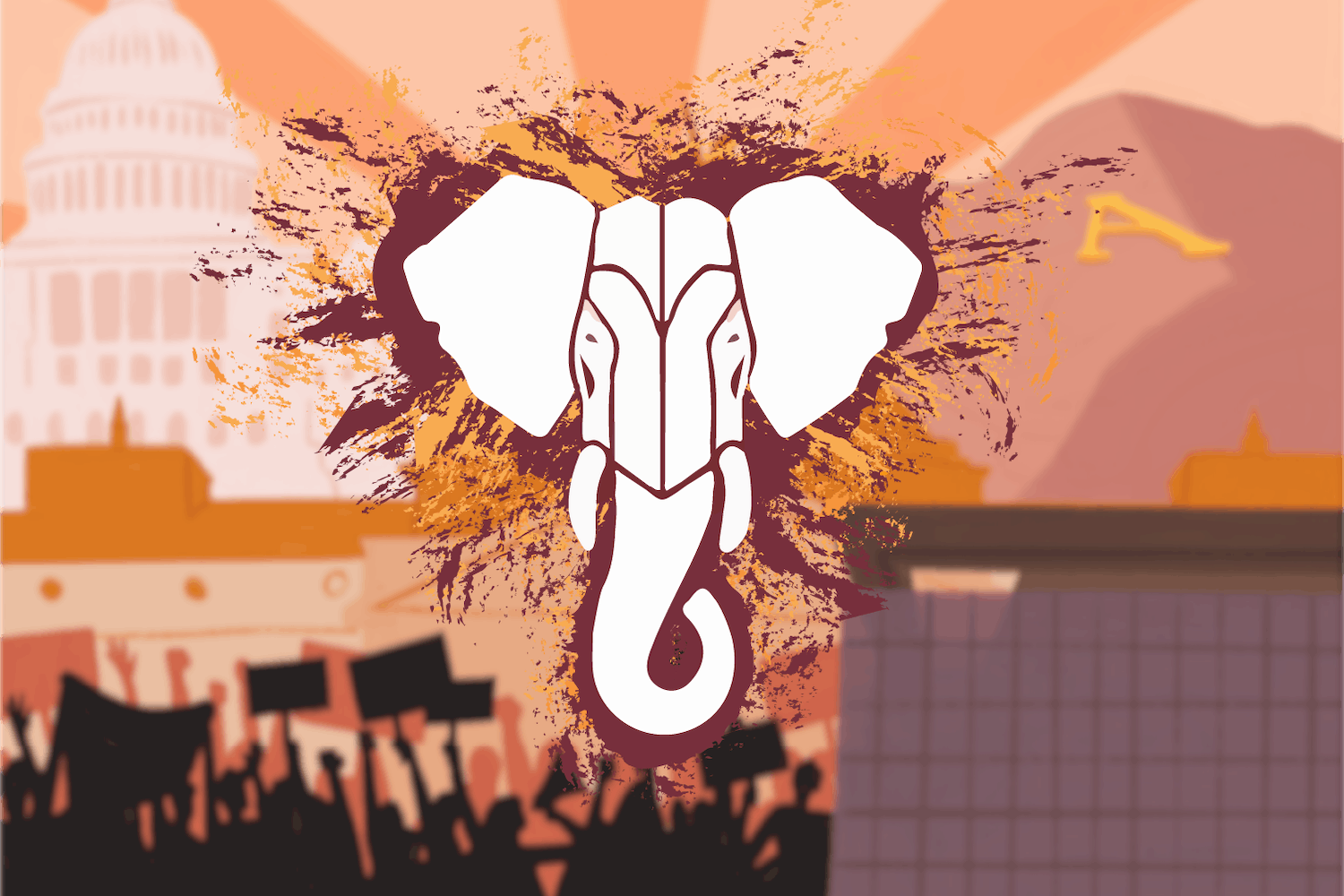