ASU will have two new buildings in Mesa coming in 2022, which will support both the ASU and city community by providing more spaces to network and explore arts and culture.

The new updates coming to Mesa will offer more opportunities and resources for the general public to access, and a unique space for film students at ASU.

The Studios at Mesa Center will consist of an Innovation District that provides entrepreneurial support for new and current businesses, which will be part of an $8.6 million project the city of Mesa approved last month.

The second building is the ASU at Mesa City Center, which is a three-story, 117,795-foot building and will hold social cafes, screening theaters and collaborative spaces as well as film production studios for Herberger Institute for Design and the Arts students.

The Studios at Mesa Center

Ji Mi Choi, founding executive director of the ASU Entrepreneurship Institute and vice president of the ASU Knowledge Enterprise, said the purpose of The Studios at Mesa Center is to make entrepreneurship and innovation resources available to the community, such as bringing in mentors who have started their own businesses and classes on maintaining the finances of one’s venture.

“This space is designed for students, faculty, staff, alumni and the community to be able to intermingle,” Choi said. “We want people to be able to come and work here.”

The Studios also holds room for large-scale gatherings that focus on training and development of one’s venture, Choi said.

The building carries a unique history because it used to house a former Mesa Public Library, which then became an information technology building in 1981.

“We’re taking the essence of what it used to be, which was a place to convene people, and a place to share information and resources so that people can do something with those ideas,” Choi said.

She said she hopes this will attract entrepreneurs who want to start their own ventures or businesses. The construction of The Studios is set to be complete in early 2022.

“It gives an opportunity for us to provide these spaces in a non-academic and non-traditional classroom setting for people to come and actually learn something,” Choi said.

McVay said the partnership is unique due to the combination of academic and community support and will open up opportunities to work with larger corporations, such as Boeing, to offer hands-on learning.

“The attempt of The Studios at ASU is to help students and the general public and entrepreneurs in the corporate world to be able to have a place where they can work on projects at the same time,” McVay said.

The ASU at Mesa City Center will hold the new film production studios for Herberger faculty and students, immersion studios for virtual reality and large exhibition galleries. It will be ready for use in the fall 2022.

Jacob Pinholster, associate dean for enterprise design and operations for Herberger, said the upper-division film students will be moving to Mesa to complete the rest of their degree.

“The move for film was primarily about access to facilities that don’t exist anywhere else in Arizona,” he said.

He said this will benefit the film program because currently ASU only has access to a film studio for a fixed amount of hours, which has one screening theatre and no editing suites. The increased facilities will improve the film program, the associate dean said.

Cathryn Newsom, a senior studying film and media production, said she is excited ASU will have their own resources and buildings just for film students.

“I took a film history class in an economics building,” Newsom said. “I feel like it will be really helpful to have everybody kind of clustered in one spot so you get to know your peers really well.”

Pinholster said the new buildings that are coming to Mesa will provide more opportunities for ASU students.

“It is truly a world-class production facility that will put the film program into a league with programs like University of Southern California and New York University,” Pinholster said. 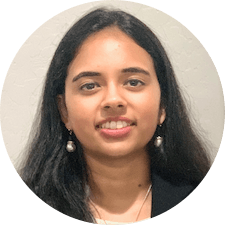