Opinion: Affirmative action is not the way to end discrimination

Affirmative action is used to ensure different groups of people have access to education, but it serves as a bandage over bigger issues, such as education inequality

Affirmative action is a process many universities utilize to make sure their programs meet a certain minimum for marginalized groups. While this system may seem helpful at diversifying campuses on the surface, it is simply putting a Band-Aid on systematic issues.

Affirmative action is peak performative activism, as it focuses on making schools look more appealing than actually making sure marginalized communities are getting equal opportunities.

It feels as though universities are more focused on tokenism, rather than making sure marginalized students succeed. This is where the issue lies.

According to a statement from Herminia Rincon, who works with media relations at ASU, the University upholds its mission statement in its affirmative action plan, where ASU values a diverse campus, inclusivity and accessibility. They do not currently have a cap on student admissions, and any student who meets the enrollment requirements will be admitted to ASU, regardless of race or ethnicity.

Affirmative action developed in the 1960s as racial segregation was outlawed. It was created during the Kennedy administration to prevent employment discrimination. This served as a way to integrate students, but now the affirmative action Band-Aid is beginning to collect dirt around the edges, and we need to do better as a nation.

It’s time to rip off the bandage and let the wound caused by years of systemic racism in our country heal.

One issue with affirmative action its association with high dropout rates from BIPOC students. The idea of a student being simply admitted to a program because of their background, rather than their intelligence, can feel discouraging.

Almost 70% of white students graduate from higher education, compared to about 50% of Black and Latine students. This shows affirmative action isn't completely doing its job. Just because BIPOC students are getting into a university, doesn't necessarily mean they are being equipped with the tools they need to succeed in that university.

Additionally, a school's diverse student body is not authentically represented through their admission rates, but rather through their graduation rates. For a student of color to graduate, they must succeed at every level of academia, which requires ingrained confidence instilled at a young age.

Affirmative action is also discriminatory against Asian students. Universities across the country, such as Harvard and Yale, recently faced a lawsuit due to their policies discriminating Asian Americans. Though the lawsuit was later dropped by the Department of Justice, it does make you wonder why we still have these policies in the first place.

"The outcome of this lawsuit was no surprise to me. It was brought up by a conservative group who did not seem to have any interest in helping the Asian students," said Michael Selmi, a professor at the Sandra Day O'Connor School of Law. "It felt reminiscent of the cases that were brought up in the 1980s."

Initially, I responded to this issue by wondering why universities don't simply admit students based on their high school academic performance. In fact, many states across the country, including Arizona, have banned affirmative action, and instead opt for a "race-blind" approach to admit students to universities.

However, following this decision, several states saw a sharp drop in the admissions of Black and Latine students.

Many critics of affirmative action say it is a form of "reverse racism," discriminating against white people.

I am outraged by this rhetoric, especially since many white people go to better schools and are more likely to have parents who are college graduates. This doesn't count for every individual, as low-income white people do exist, but it does paint a bigger picture of the majority experience.

This proves reverse racism is a myth.

Though I believe affirmative action is archaic and serves as a way to assuage a deeper issue, I also don't think it's right for states to simply take it away without making sure BIPOC students are getting a good education.

In many states, there is a huge gap between K-12 education based on income level. This gap is deeply tied to race. The 1960s was only 60 years ago, and neighborhoods across the country are still facing the effects of redlining and blockbusting, which were processes used in the Jim Crow period to prevent Black families from moving into wealthy, white neighborhoods.

While some families managed to climb the ladder out of poverty and into better living situations in the past 60 years, others are still suffering. As we can see by looking at demographic maps, many neighborhoods, including Arizona, are still largely segregated.

Many of these schools have less access to extracurricular activities or AP-level classes, which can determine college success.

"Ensuring that predominantly black and brown schools have adequate resources should be part of any educational system," Selmi said.

Additionally, due to the racial tension caused by affirmative action, many of these students do not complete college because they may feel unprepared or disconnected from their peers.

This means giving them access to the tools needed to succeed from a young age, this way we no longer need affirmative action. 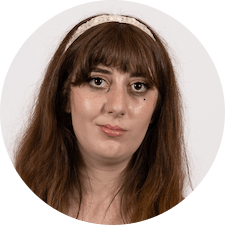