Outside a red New England-style house in downtown Phoenix, 41-year-old Lissette Gaytan stepped up onto a small platform with a notebook in hand.

“This poem is dedicated to Lawn Gnome Publishing and to all the poets I have gotten to know here,” she said. The poem was called "My Emancipation."

“There’s a thankfulness in me. A beautiful takeover of my insides. And it’s all because of each one of you," she read.

Gaytan said she started writing poetry at 8 years old and began performing at the weekly poetry slams at Lawn Gnome Publishing in October 2020.

But Lawn Gnome has been around for much longer.

Aaron Hopkins-Johnson, the owner of the bookstore and coffee shop, has been hosting poetry slams for nearly 20 years at a variety of spots across the state. He eventually landed on the west side of Fifth Street where Lawn Gnome has called home for a year. 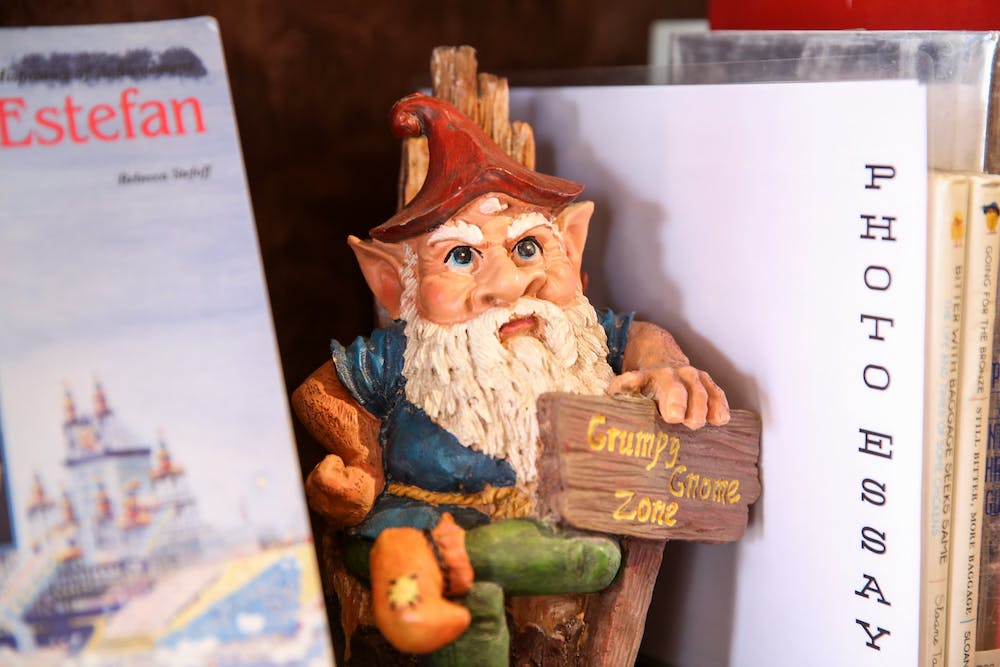 A gnome inside Lawn Gnome Publishing in Phoenix.

“If you’re doing something all by yourself, you can only get so far,” he said. “But to be able to have a group of people that are like-minded and have a mission together and form a community is something even bigger.”

And a community is exactly what has been built.

“We’re our own little cult, it’s great,” said Kaiti Pritchett, a 25-year-old ASU alumna who has been performing at Lawn Gnome since 2017. “There are a lot of people whose lives were basically saved by slam poetry.”

In Pritchett’s first spoken poetry performance, she came out as lesbian.

“I performed (the poem) before I had come out to any of my friends or my family,” she said. “For the first time, I came out, because for some reason it was easier to come out on stage than in real life. It was really liberating to me.”

The support from the crowd that night was symbolic of Lawn Gnome's culture.

“It’s funny how you can get the support from strangers that you sometimes don’t get from the people that you’re closest to in your life," Pritchett said.

Hopkins-Johnson said he believes the diversity of people and ideas at Lawn Gnome is what makes its poetry and competitions such a transformative experience.

“Through poetry all over the world, for two decades now, I feel like it has really shaped me as a person and changed the way I’ve thought,” he said. “We create a scene. We create a culture. We identify what the issues are of being American — the issues of being alive.”

Hopkins-Johnson, 39, said during his time hosting poetry slams, he’s seen it all: poets have risen out of homelessness, proposed to loved ones and delivered odes to parents in the audience.

“It’s all magic to me, every single week," he said.

Landry Ntaryamira, a 26-year-old poet who has been performing at Lawn Gnome for two years, said he has experienced that same magic.

“I’ve seen poets who are just phenomenal at telling just really personal stories about family members who have passed; their passion and ability to take something so personal and intense and find a beautiful way to let everyone experience it a little bit," he said. 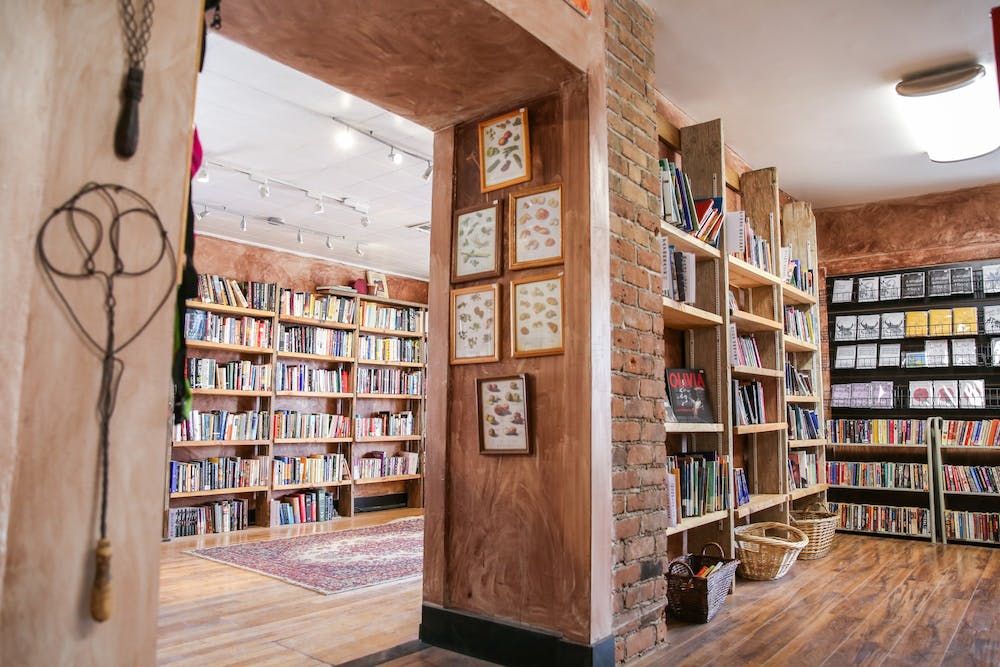 A display of books inside Lawn Gnome Publishing in Phoenix is shown.

The slam competitions at Lawn Gnome are held in a three-round format, with random audience members chosen to judge each performance on a scale from one to 10.

“We all definitely bounce off each other a lot. The pressure is still there for sure," Pritchett said. "It’s kind of like sports almost, but we’re all sort of a team at the same time.”

Ntaryamira said the audience feedback after the competition is even better than winning itself, noting the experience is always "immensely beneficial" for both the audience members and poets.

“We do it for ourselves,” he said. “But even if one person comes up to me and says that they appreciated my poem, that means the world to me. That is more than winning a poetry slam.”

Gaytan said she feels the same.

“As it goes along and you’re working off the energy of the audience, you see the change,” she said. “It’s about them, it’s not about you. There’s no money that you can put behind that and compare.”

And when Gaytan finished reciting her poem dedicated to Lawn Gnome Publishing, she nodded at Johnson, also known as “Lefty," saying:

“This is more than humans speaking words. It is a mission, a belief. It is a type of soul that lives in you and in me. You are right, Lefty, this is like church, just like church, except instead of being enslaved, I’ve been freed.”